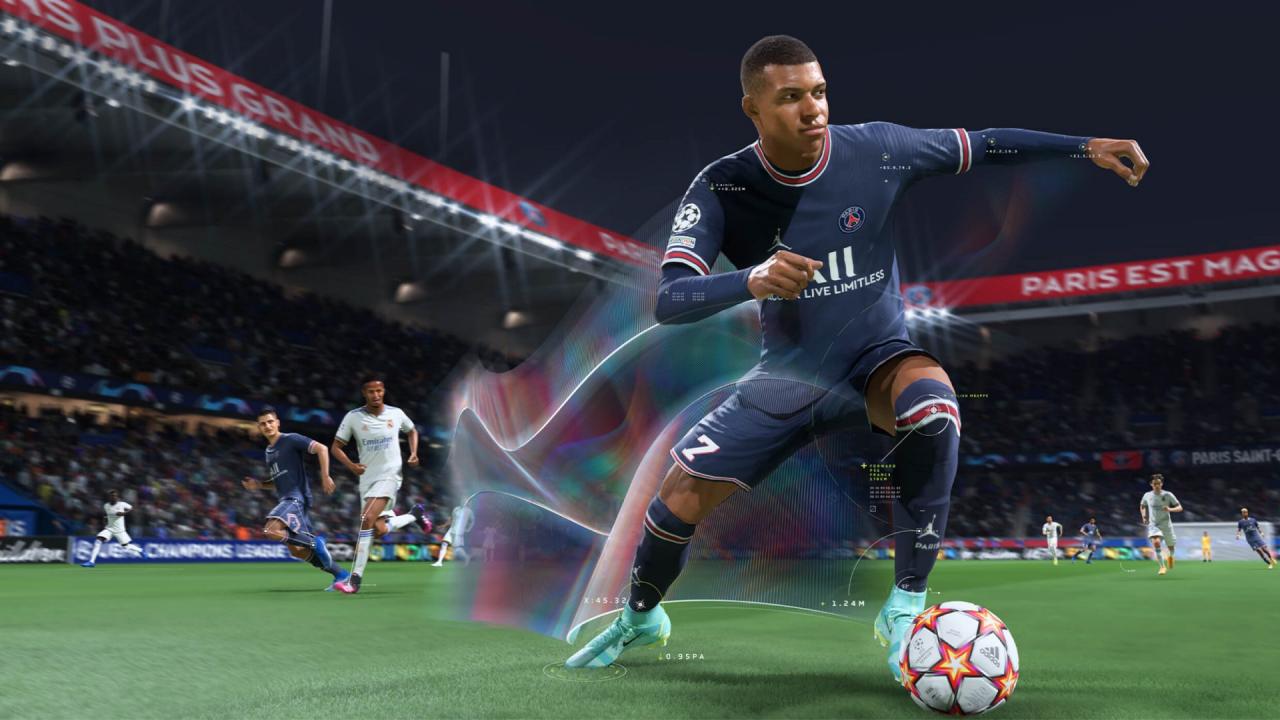 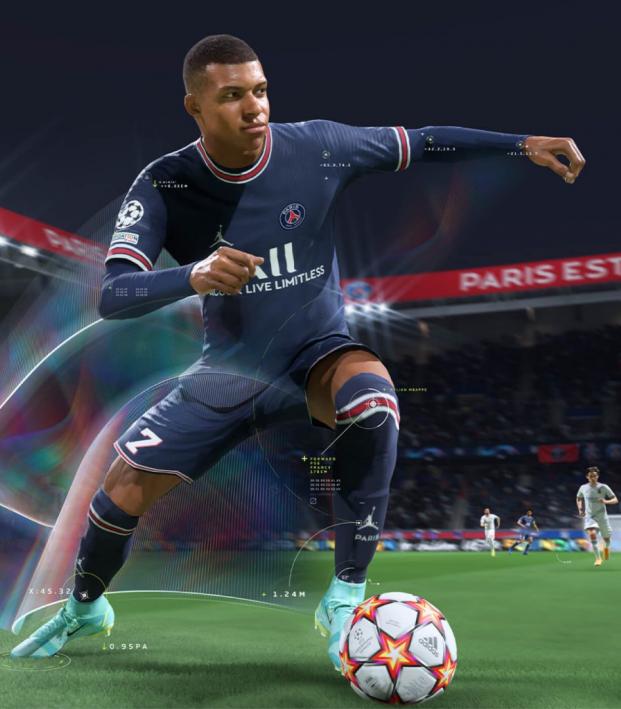 It’s officially fall. While others may mark the end of summer via the return of pumpkin spice lattes or the autumnal equinox, real ones know fall doesn’t begin until the new edition of FIFA is released. With FIFA 22’s worldwide release today, I thought I’d share my early thoughts on the latest installment from EA Sports. I’ve been playing FIFA 22 on PS5 this week and have come away mostly impressed but occasionally baffled.

I should say, I played FIFA 21 way too much, to the point I swore off the game in February. But as always happens, no matter how much or how little I played the previous edition, come late September I’m itching to play the game yet again. It’s been this way for decades, having played FIFA for 25 years now.

So of course I was yet again looking forward to trying out the new FIFA, and it should be noted The18 received free review codes for the game. Having played about 10 matches now, I feel ready to share my initial impressions, knowing full well my views will likely change as I dig deeper into the game.

First, let me say I love the new intro into the game for FIFA 22. It’s a waste of time, but I kinda enjoyed it anyway.

Once you boot up the game for the first time you’re taken to Paris where David Beckham is enjoying a delicious-looking breakfast. Soon, superstar freestyler Lisa Zimouche is yelling for you (literally you, as you quickly create a character) to come down because you’re late for a tryout with PSG. Zimouche is basically there to give you a tutorial of how to play the game, so it’s a pretty boring segment overall if you’ve ever played FIFA before, and let’s be honest who hasn’t played FIFA yet?

The intro continues with you having a tryout at the Parc des Princes with Thierry Henry and Kylian Mbappé, with more unnecessary tutorials for FIFA veterans. But soon you’re up in the press box ahead of a Champions League match with Beckham and a slew of other famous soccer fans. There are cameos throughout the introduction, including F1 superstar Lewis Hamilton (Arsenal fan), boxer Anthony Joshua (Watford fan), former Manchester United star Eric Cantona and PSG badass Marie-Antoinette Katoto.

The entire intro ends with you playing as PSG against Chelsea in the Champions League semifinals. Despite the late transfer, Lionel Messi is right there in the starting lineup alongside Mbappé and Neymar. Thankfully, Christian Pulisic isn’t injured in this timeline and he lines up opposite Messi for Chelsea. FIFA games have traditionally opened with big matches like this, but this is the first time it’s included story segments in this manner. The worst part of it was Thierry Henry’s voice acting — he was much better in Ted Lasso.

As for the actual gameplay, my early impressions are mostly good.

For FIFA 22, EA has touted its “HyperMotion Technology” as the latest, greatest innovation to the game. It’s supposed to be so groundbreaking it’s only available on the new-gen consoles (PS5, Xbox Series X/S). In reality? It feels like small tweaks were made and some animations smoothed out.

The idea of HyperMotion is to make all 22 players react together. I will say the spacing feels better in this game, and it now makes more sense to have good long passers to switch the field of play after a defense has shifted too far to one side. Additionally, unlocking defenses with a killer through ball feels a bit better and less about just having the fastest players on the field.

One area where it seemed the HyperMotion was most noticeable was in team celebrations, oddly enough. After Arsenal beat Wrexham to win the Champions League final at Old Trafford — don’t tell me it’ll never happen — the Gunners locked arms and celebrated together in a way that didn’t feel goofy and plastic like it usually does. While most celebrations look more natural, Steve Bruce’s speed is very unnatural.

Can you explain me @EASPORTSFIFA why did you give me 91 pace and 99 pace to Steve Bruce ? https://t.co/ni6xbPtbwq

Speaking of odd animations, in my very first match, the aforementioned PSG-Chelsea showdown, I watched as Messi briefly turned into Gumby to scuff a right-footed shot wide of the post. It was clear there are still some kinks to work out in the animations.

The best new tweak to the game play I’ve noticed is a slower pace of play. In past FIFA games the quickest players dominated; now you feel like a Luka Modrić is more valuable as he can deftly dribble around opponents or pick a killer pass. While speedsters will probably still dominate the meta, it’s nice EA Sports has at least tried to improve in this regard.

Interestingly, FIFA 22 on PS5 doesn’t have any innovative uses for the DualSense controller. Last year’s PS5 version took advantage of the DualSense controller’s adaptive resistance on the triggers for the sprint button, making it harder to press down as a player became more fatigued. It was a really cool addition to the game, even if I felt like it put you at a competitive disadvantage against those who just turned the feature off. That feature is now gone in FIFA 22 on PS5 (or hidden away in menus I haven’t found).

I haven’t had a chance to fully dive into the Career Mode updates, and when I tried to play Volta mode the servers went down for maintenance so I’ve yet to try the FIFA Street style updates there. I did check out the Kickoff modes and it’s great to see those options continue to grow, allowing you to select the exact atmosphere you want for that friendly against the AI or your buddies.

One mode I really wanted to try but have yet to is the Volta Arcade mode, which introduces a bunch of new minigames, some of which appear to have been pulled straight out of Mario Party. For reasons I cannot fathom, FIFA has decided these games are only playable on the weekend.

Why can’t we just play the fun arcade games at any time or on the couch with a bunch of friends? It makes no sense to me and feels like a huge missed opportunity. I would struggle to get most non-soccer fans to play FIFA with me, but give them some minigames and I could get a party going in no time with people who just like to have fun in video games. It could’ve been such a great way to introduce non-soccer fans to the franchise.

#VOLTA Arcade is coming in #FIFA22 ️
Learn more about everything new in the mode in the latest Deep Dive Pitch Notes https://t.co/KzwO0t9xOs pic.twitter.com/pnoukRyqX1

Another change to the game I’ve yet to try is the addition of women to Pro Clubs, wherein you create your own player and build him or her up with a new tiered skill tree. It’s great that women are thrown a bone here, but what women’s soccer fans really want is the inclusion of women’s clubs. It’s frustrating I still can’t play as the Arsenal Women, especially this year with such a ferocious front line that makes the men’s team look pedestrian.

Against my better judgment, I jumped back into FUT and started building a team. Despite claims of updates, it’s all basically the same stuff. The interface has been tweaked but there are no real changes to the mode that infuriates and enthralls in equal measure. So far my only decent player is Arsenal backup keeper Bernd Leno, so I’ve got a ways to go to build up my team, even if we are undefeated against the AI.

Perhaps the best part of FUT this season is the return of preview packs. With EA Sports terrified more governments will consider FUT gambling — and it can feel like gambling, if I’m being honest — FIFA 21 introduced preview packs in June, allowing players to peep the players in a given pack before choosing to buy. This allows players to pass on a given pack, though they can’t buy another such pack for 24 hours.

Personally, as someone who doesn’t buy a lot of packs (I’d rather spend my coins and real-life money elsewhere), I love this idea. I can preview a pack per day and if I get lucky and score a great player I can buy it, but without the risk of getting a pack where the best card is a motherfucking Granit Xhaka and his glacial pace.

That said, I still hate FUT, as much as I love to play it. The fact some influencers and anyone who is able to throw more money at EA Sports are allowed early access to play the game weeks before everyone else feels like a slap in the face to casual FIFA players who might want to get into the mode, as they’re now so far behind as FIFA Day has arrived.

It’s clear EA Sports has made improvements to FIFA 22 on PS5 (and Xbox Series X/S). But is it worth upgrading your console for?

Personally, the tweaks haven’t been that dramatically noticeable to suggest you go out to buy a new-gen console for FIFA. It looks prettier and controls slightly better, but it’s still got the same overall feel as it has for years.

It’s FIFA. You know what you’re getting by now. You’re basically paying $60 for slight graphical updates, miniscule gameplay tweaks and updated rosters. If you aren’t really into FUT, you can easily wait for a sale around Thanksgiving for the price to drop significantly, or maybe even pass altogether if you’re on a last-gen console.