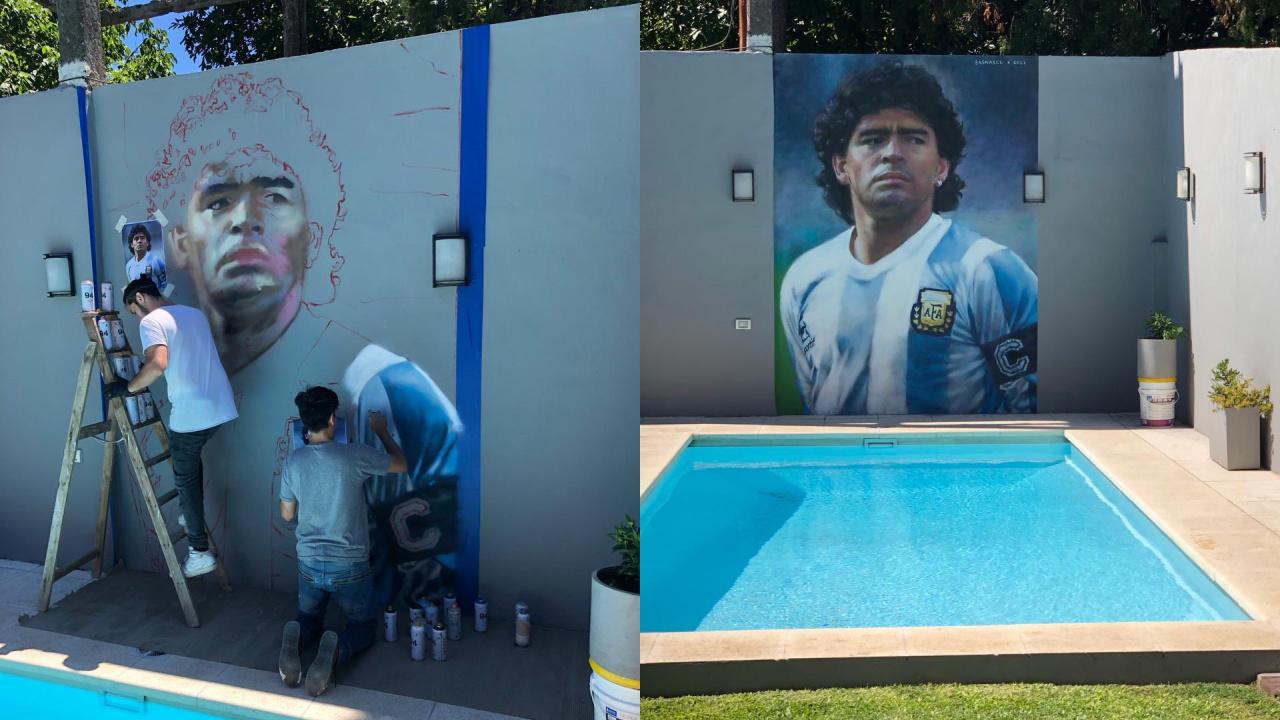 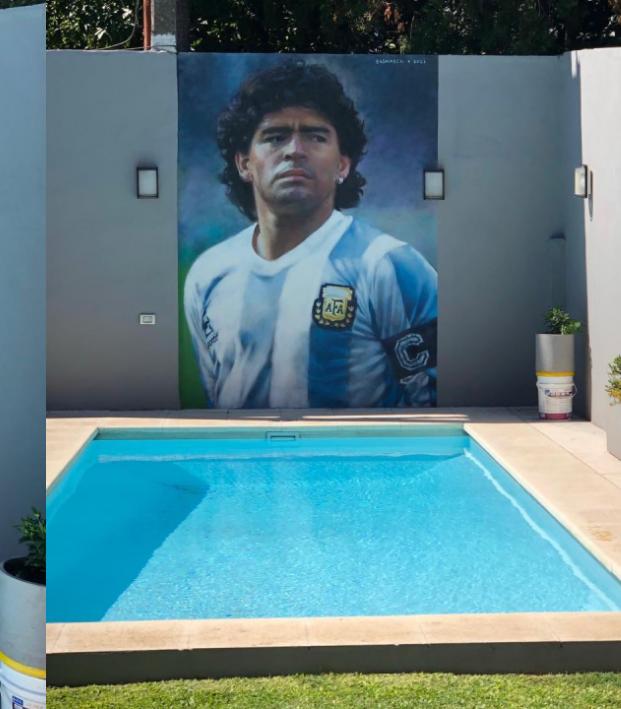 The artist, who creates lifelike paintings with spray paint on huge canvases, decided to make Maradona his niche after the outpouring of grief over the footballer's death.

"I am not afraid of being pigeonholed, I believe that what everyone sees from me is the hand of God," Bagnasco told Reuters with a smile, a reference to Maradona's famous goal against England at the 1986 World Cup, which Argentina went on to win. "I think Maradona will accompany me in other projects that I do."

Bagnasco, 39, has been using his phone to copy photographs of Maradona, who has cult-like status in Argentina, where he was nicknamed 'D10S,' a play on the Spanish word for 'God' that incorporates the number '10' shirt he wore as a player.

In a trendy food court in Buenos Aires, Bagnasco showed off some twenty paintings of Maradona, including a large rendering of a famous pose of the silky striker in his blue-and-white Argentina jersey, which he was finishing off with a brush. A black-and-white painting showed a young Maradona with long hair over his face. In another, the player holds aloft the World Cup. Another reflected Maradona's wilder side, showing him puffing on a cigar in front of a huge Argentina flag.

Bagnasco, who said he knew he wanted to be an artist at age nine when he won a contest copying a Vincent van Gogh painting, is now looking to auction off the works. He said there had been strong demand and social media interest in his art, which had led to a number of commissions.

"He was the best of all time. The Argentine best known in the world, with a unique life, a life no-one else will have," said Bagnasco. "That's why I say that what is happening to me today, that they are asking me to paint him all over the world, is not going to happen with anyone else, only with Diego."