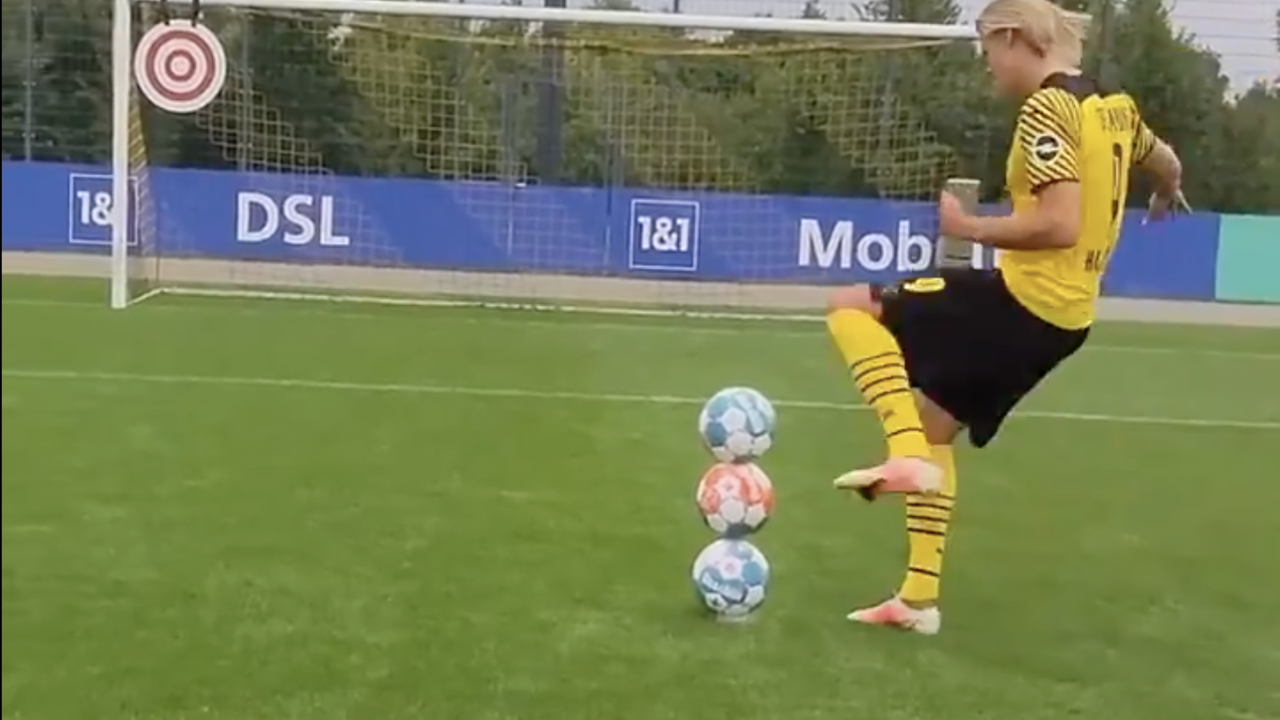 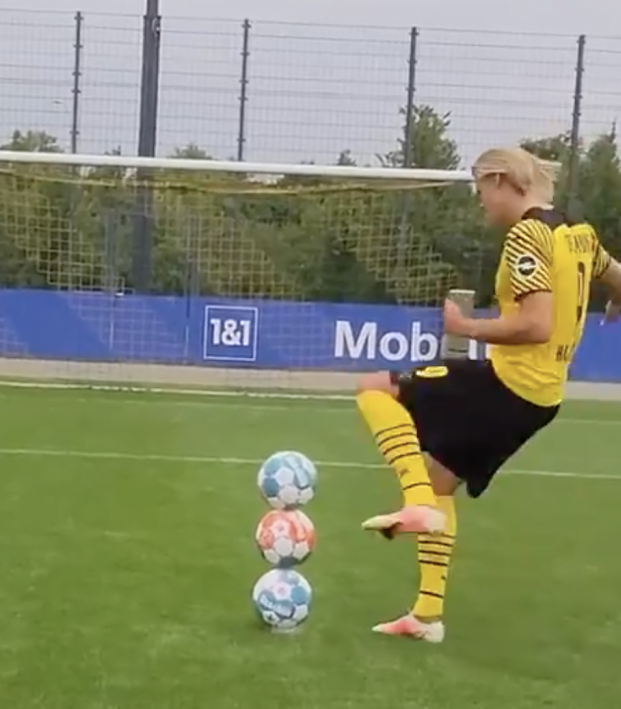 Sorry Everyone, But This Unreal Erling Haaland 3-Ball Stack Video Is As Advertised: Not Real

The internet is divided right now over an incredible video of Borussia Dortmund striker Erling Haaland stacking three balls on top of each other and then proceeding to shoot each one into the upper 90 of a goal. Is the Erling Haaland video real though?

I hate to be that guy, but this video probably isn’t real.

Before we debate, let’s watch the video.

This is real, trust uspic.twitter.com/UExs5LbKUi

Anytime a brand or person puts “This is real, trust us,” 99 percent of the time that means it’s not real. I will say though that this video is masterfully put together.

The first clue to the video being faked is the stacking of the three balls. If you happen to own three soccer balls, go try to stack them right now — it’s borderline impossible. It was genius to include the first ball rolling off the stack in the video. This adds a sense of authenticity. That quickly goes away though with how casually Haaland stacks the third ball. 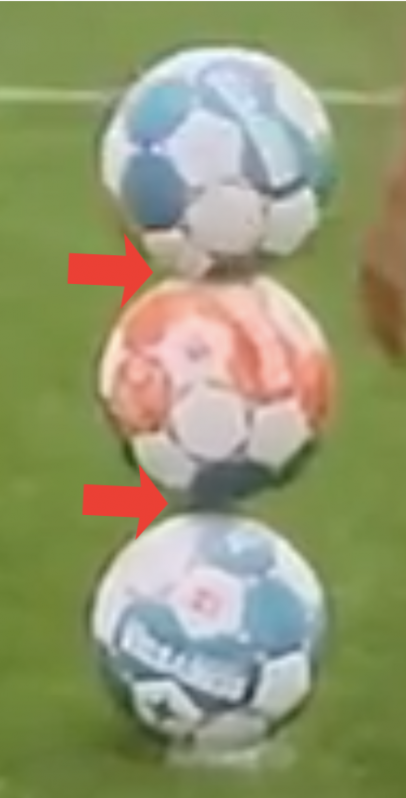 A close look at the stack shows that the third ball appears overlain on the second ball. The two gaps aren’t the same.

Another questionable part in the video is how the second ball wouldn’t fall off the stack when the top ball is kicked. Even if you were able to somehow stack three balls on top of each other, the slightest breeze would knock over the stack. You’re telling me that the top ball getting lasered into the goal from Europe’s most lethal striker didn’t affect the stack? I’m not buying it.

My last bone to pick is there seems to be a slight jump in the video when Haaland kicks the second ball. Watching from the 25-second mark repeatedly, something looks fishy that I can’t quite put my finger on. It’s almost like the trajectory of the ball abruptly goes up right after he kicks it.

The18’s video team — which has produced some amazing edited content like Soccer Fruit Ninja — analyzed Haaland’s video and agreed there has been some editing wizardry.

The team did a super rough draft test run using one ball to show how the balls might have been stacked on one another.

Super rough edit as to how Dortmund might have made the Erling Haaland ball stack video. pic.twitter.com/SK8hzeLQk4

While fake, this is still a fantastic video. It’s quite reminiscent of the "Ronaldinho’s golden shoes" video that divided the internet over a decade ago.

Hats off to Borussia Dortmund’s video and social team for creating such a masterpiece.