Clint Dempsey hints at comeback in 7-on-7, winner-takes-all tourney for $1 million 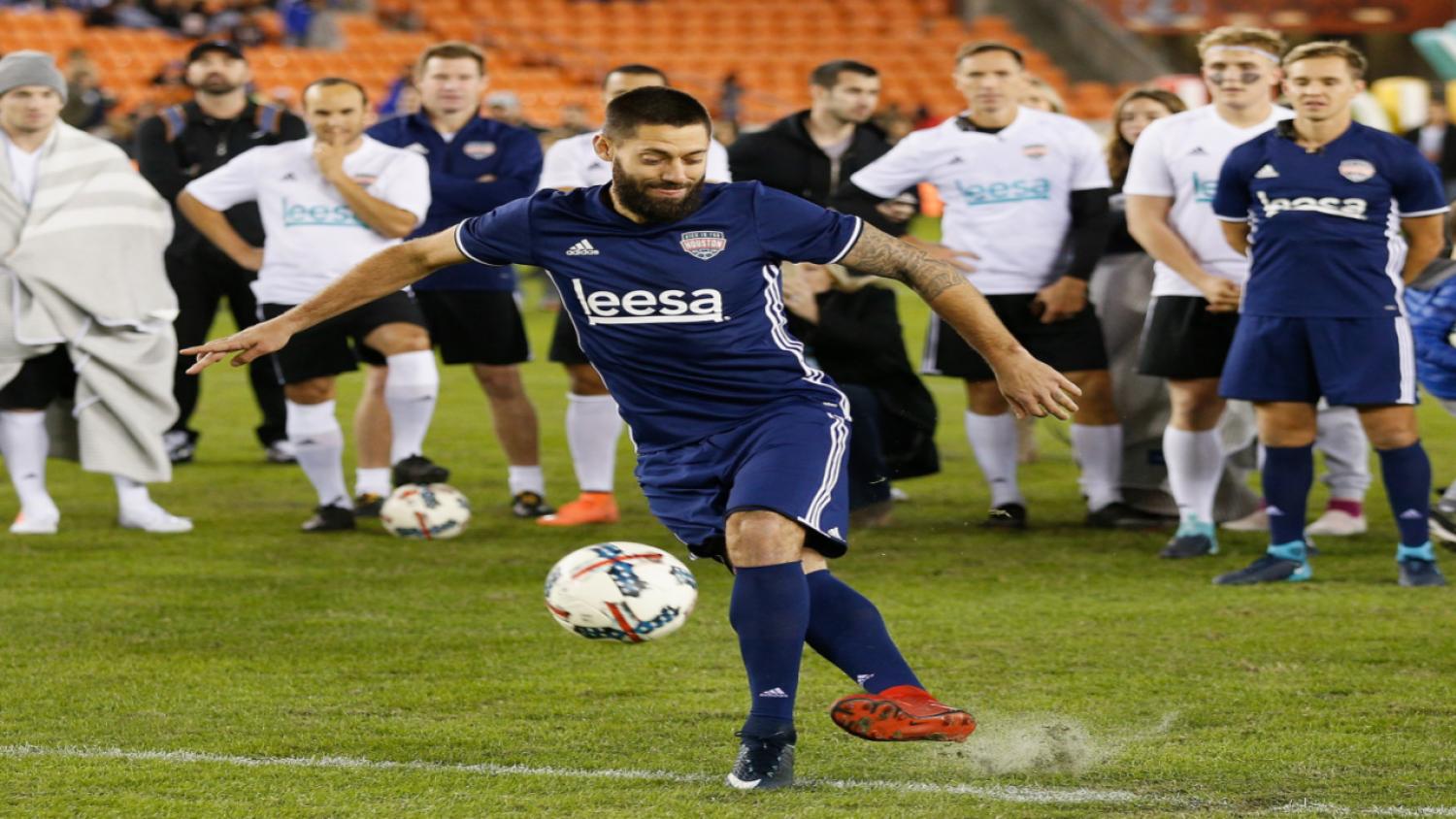 The 39-year-old will be managing one of the competition's teams.
Getty Images

Given the success of TBT Enterprises' "The Basketball Tournament" — which has grown over 10 years to a 64-team tournament of global talent competing for $1 million on ESPN — it was only a matter of time before the event organizers turned their focus to accomplishing something similar with the world's game.

So next summer at WakeMed Soccer Park in Cary, NC, "The Soccer Tournament" is set to debut with a 32-team field battling for $1 million in the same format as the World Cup (three group stage matches followed by the knockout rounds). However, the games will be 7-on-7 on fields that are 65 yards long, 45 yards wide and with goals measuring 18.5-by-6.5 (regulation goals are 24-by-8). Two 20-minute halves will be played, and there won't be any draws with the tournament using "Target Score Time."

You could potentially enter the tournament by getting together some friends and paying the buy-in fee, which ranges from $10,000 to $20,000 depending on the time of your application. Just keep in mind that you'll be going up against a team managed by Clint Dempsey.

The 39-year-old, who'll provide studio analysis next month for FOX during the World Cup, is serving as a tournament advisor and managing Team Dempsey, one of two confirmed sides so far.

Dempsey said he plans on holding tryouts across multiple states to give young talent the opportunity to shine, but he also said there "might be a situation where I'll have the cleats by me to jump in if there is an opportunity, you know what I'm saying?"

The other team is England's Hashtag United, and TBT Enterprises is looking to land some high profile talent as it begins the process for finding an official broadcast partner. That shouldn't be too difficult with the small-sided game promising skillful play and a healthy amount of goals.

I think we need a Team Micah Richards.

“YOU DON’T KNOW WHERE I’M FROM, DAWG”

We did the detective work to find the first visual evidence of @clint_dempsey facing up to that magnificent one-man laugh track in a suit, Micah Richards