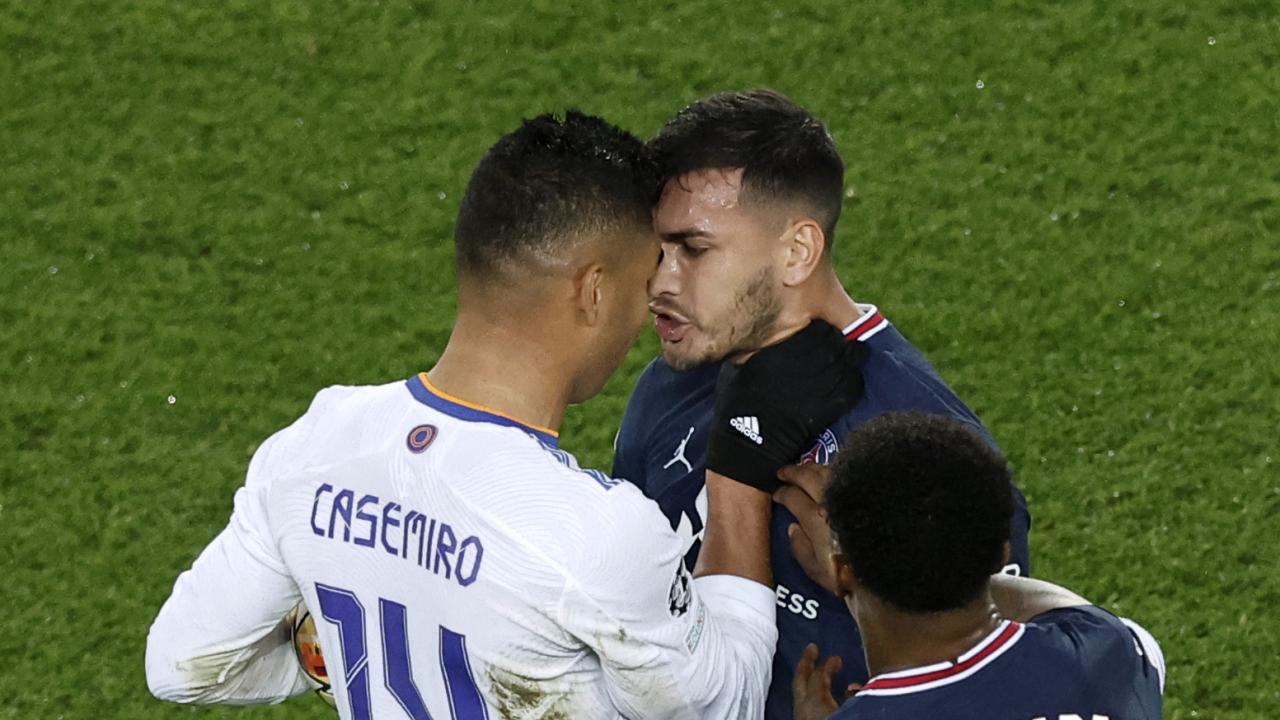 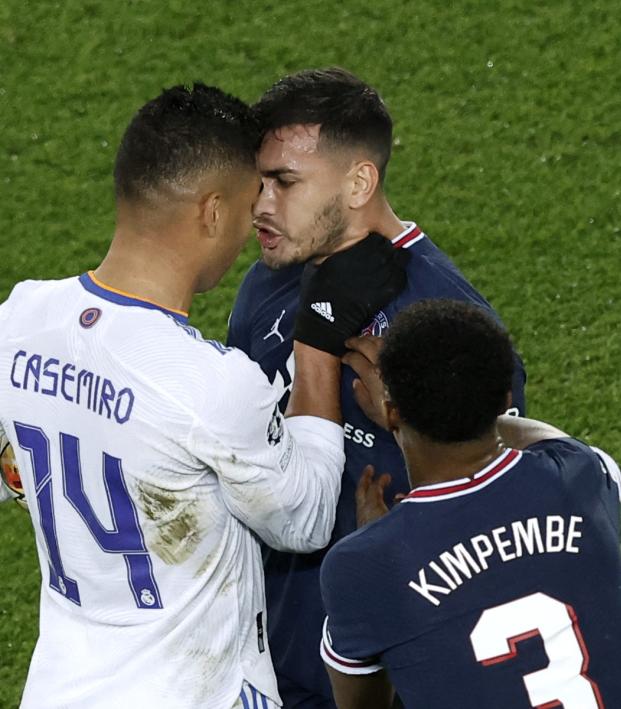 Real Madrid’s Casemiro will miss the second leg against Paris Saint-Germain for yellow card accumulation. The Brazilian picked up a yellow card in the first half at the Parc de Princes for a hard tackle on Leandro Paredes. Casemiro should consider himself lucky to have not seen a red card for what happened after the tackle.

While the incident is brief, Casemiro clearly grabs a hold of Paredes’ neck after the challenge.

carinho do casemiro no paredes pic.twitter.com/TSnpixYM7i

Casemiro didn't get a red card after this. pic.twitter.com/EyfQtJ6bOf

We leave for this #ChampionsLeague moments . Casemiro ft Paredes... pic.twitter.com/kXVUPbUjXI

There was the shortest of VAR checks for a possible red card, however the video official in charge decided that there’s nothing wrong with a little choking during a soccer game.

Casemiro is lucky to have not been sent off as this was a rather blatant incident. If PSG somehow chokes the Round of 16 tie away, perhaps Casemiro could be to blame.

The only person who did more choking than Casemiro during the game was Lionel Messi from the penalty spot.

*This story was written shortly after Messi missed his penalty kick and I’m not responsible for jinxing Real Madrid if he ends up scoring.