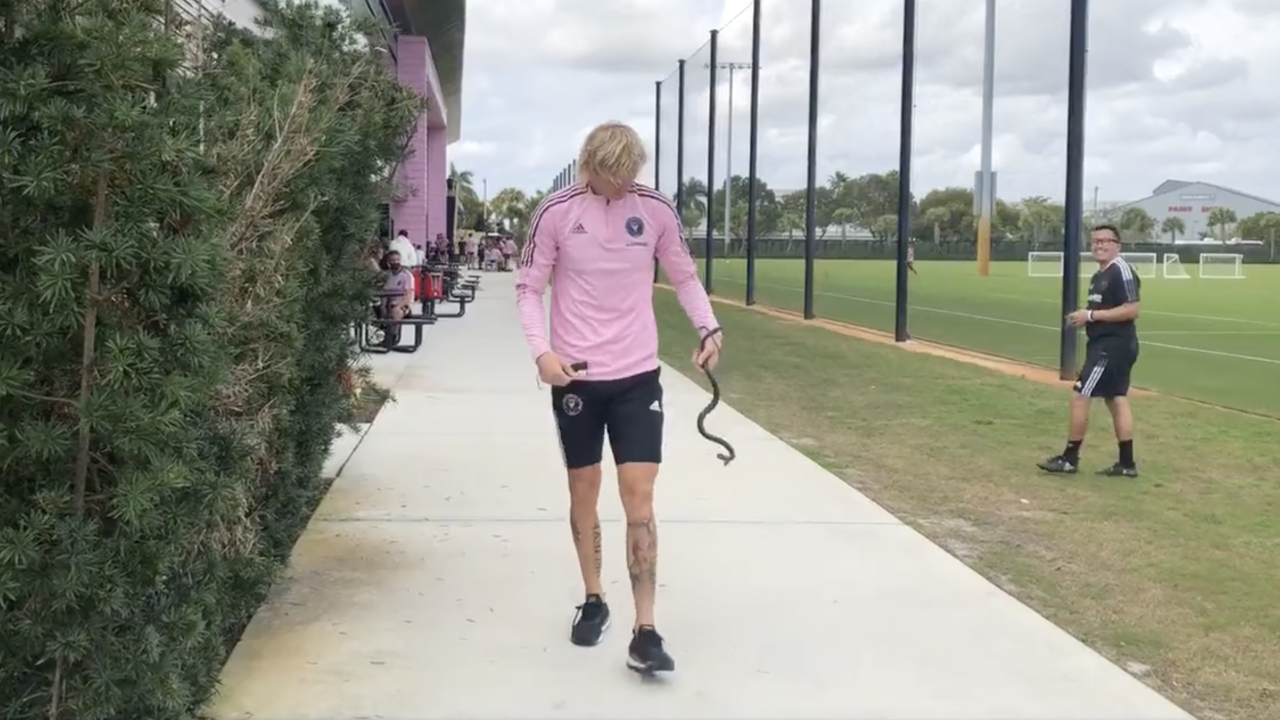 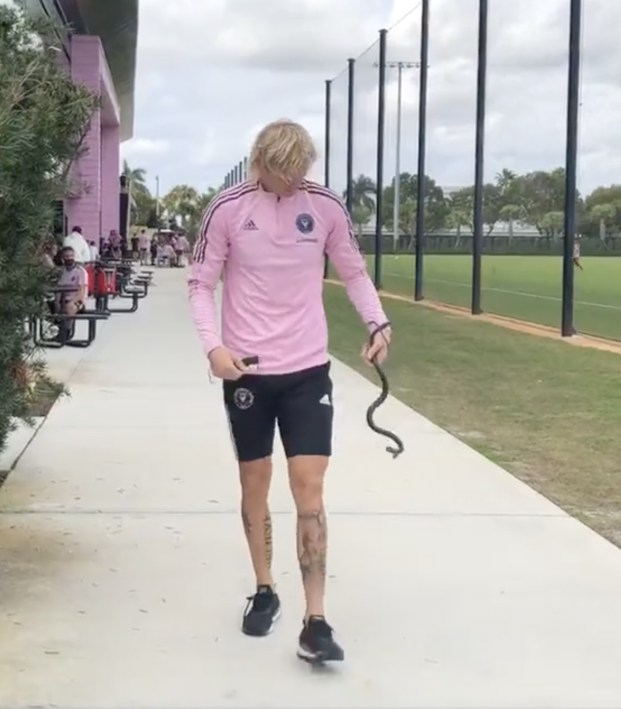 Florida is home to some pretty scary wildlife, from panthers and bears to alligators, crocodiles and rattlesnakes. But Shea, from College Station, Texas, knows a thing or two about what will and won’t harm him. He took a break from training this week to escort one such creature off the premises.

Shea snagged and detained a snake that looked to be about 2 feet long. He then walked it over to a staff member with a trash can to expel the snake from the training facilities.

ONLY IN MIAMI: Brek Shea re-signed with Inter Miami and already making an impact.. he caught a snake at practice and was able to remove it from field safely. @MiamiHerald @HeraldSports @InterMiamiCF #MLS #InterMiamiCF pic.twitter.com/cgC45SyNOm

Fortunately for Inter Miami fans, Shea was in no danger dealing with this snake. While I’m a horrible Texan who probably would have run for the locker room, Shea recognized it was harmless — probably a racer or garter snake — and showed no fear. And at least he didn’t kick the snake into a group of supporters like this Brazilian footballer.

I could make a Florida Man reference, but Shea is more Texan than Floridian. In 2010, while a member of FC Dallas, he posed half naked with a fellow half-naked woman and a baby donkey.

Inter Miami starts its third MLS season on Feb. 26 with a home game against the Chicago Fire at DRV PNK Stadium, the interim home for David Beckham’s club. More importantly, Shea and Inter play Philadelphia and Phang on May 18 and July 13, at which point we’ll find out how Shea fares against snakes more his own size.