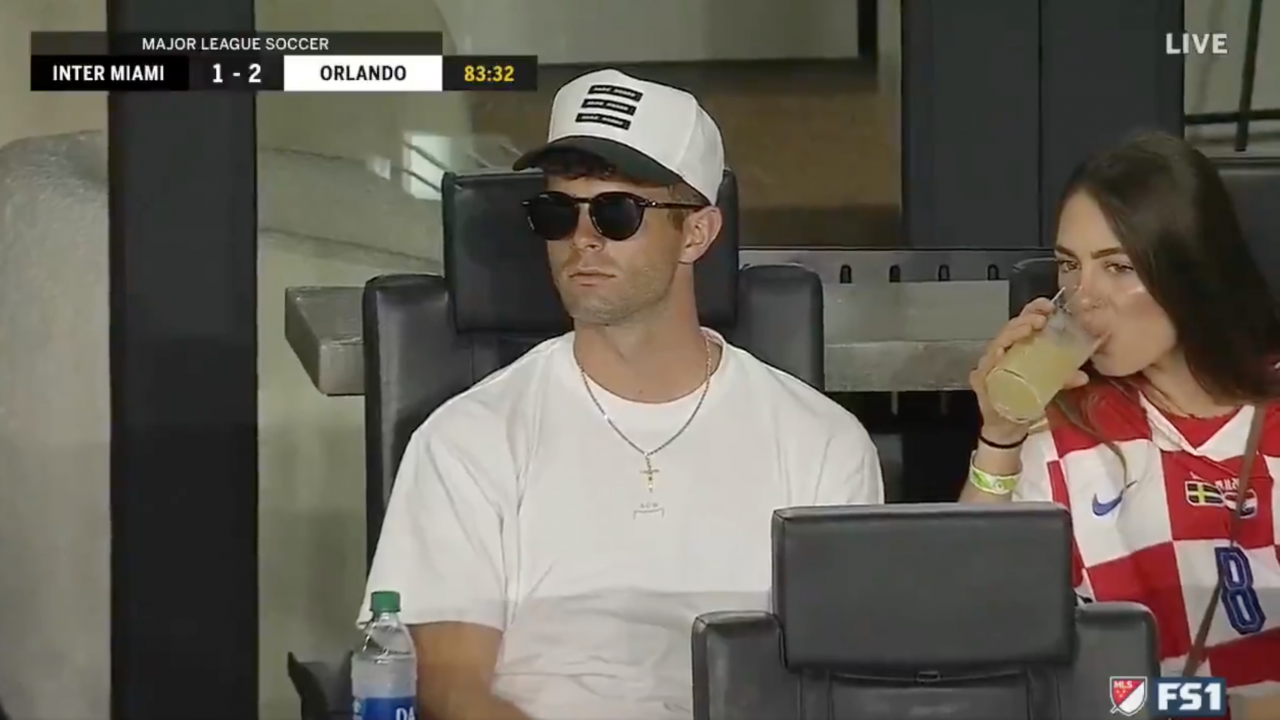 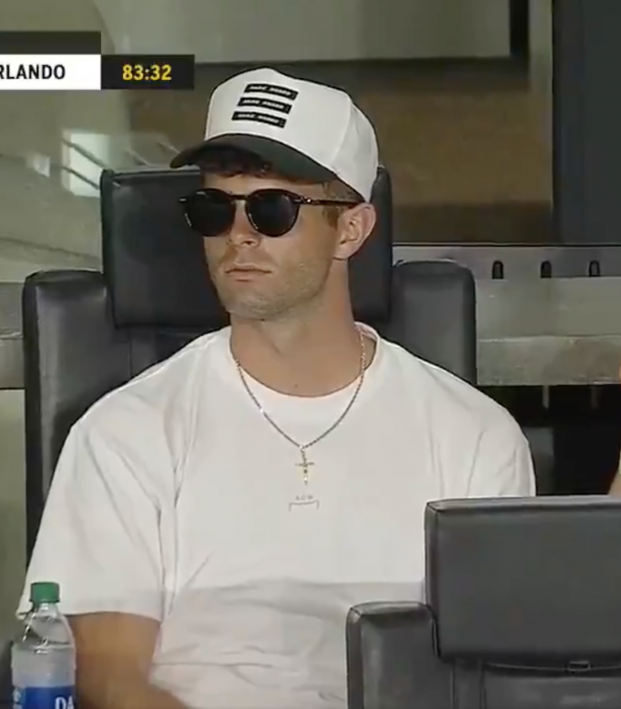 Travis Yoesting June 26, 2021
The recent Champions League winner was in Florida and was treated to a heckuva game.

Christian Pulisic is living the high life this summer.

After winning the Champions League with Chelsea and Nations League with the U.S., the 22-year-old is traipsing around the country in a manner that, honestly, reminds me a bit of Johnny Manziel after he won the Heisman Trophy with Texas A&M in 2012. Pulisic broke ground on new soccer fields in his home state (the Pulisic Stomping Ground) and has appeared on national broadcasts like Good Morning America and the Daily Show.

After being spotted at Austin FC last week, Christian Pulisic was spotted taking in a superb MLS clash in Florida on Friday night.

Inter Miami hosted Orlando City on Friday night at DRV PNK Stadium in Fort Lauderdale, and perhaps the players knew U.S. royalty was in the house because the teams put on a show. Gonzalo Higuain came on in the second half to supply the opener for Inter before Nani orchestrated a stunning comeback as the Lions won 2-1.

And Pulisic was watching, looking every bit the part of a Florida man, sporting shades, an ill-fitting hat and a woman wearing the wrong soccer jersey next to him sipping a margarita.

My guess is Pulisic was in the area to enjoy some beach time during his summer break. I can’t blame him for wanting to enjoy some nice sunshine after spending the last year-plus in England, and you may as well watch the local footy match while in town.

And you can’t blame the TV crew for showing Pulisic throughout the broadcast because he’s won as many Champions League titles at 22 as the entire two MLS rosters combined (Nani won one with Manchester United).

As for the match itself, Pulisic saw a game that really kicked into life in the second half. Higuain’s opener was a well-placed worm-burner, Nani set up the equalizer with an excellent volleyed pass to Chris Mueller before netting the winner with a beautiful curler.

Catch all the action from the rivalry battle between @OrlandoCitySC and Inter Miami in our 90' in 90" ⬇️ pic.twitter.com/vAuPM4w9Y9

No word on what Christian Pulisic and the Croatia fan (?) got up to after the match, we just hope whatever it was, everyone involved has gotten the Covid-19 vaccine.