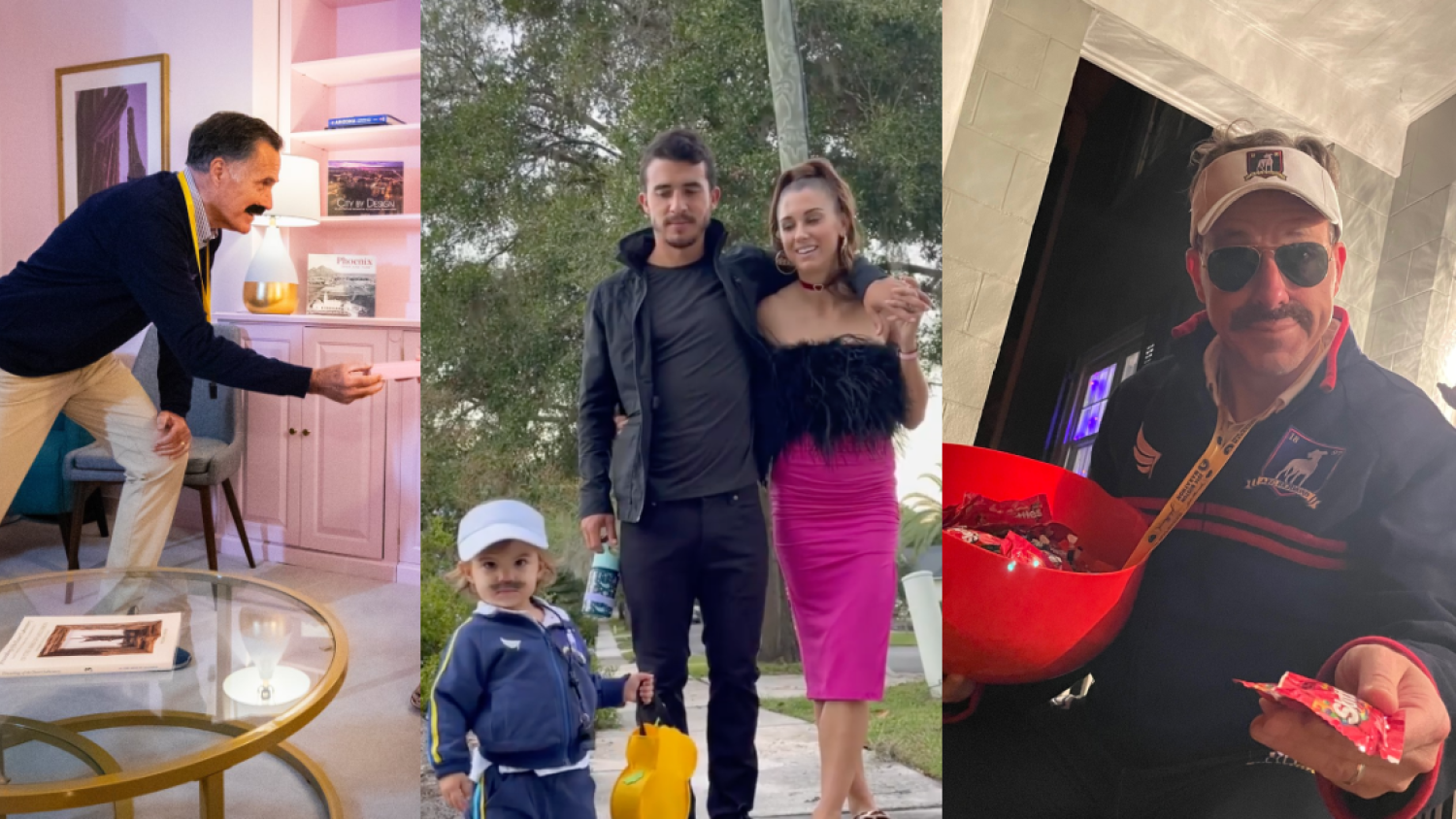 To no one’s surprise, Ted Lasso costumes were some of the most popular outfits for Halloween this year. One of the best shows on TV (or whatever you call Apple TV+), “Ted Lasso” inspired everyone from little kids to celebrities and politicians to dress up as characters from the beloved series.

Who wore it best? Who wore it worst? Here are our favorite — and one least favorite — Ted Lasso costumes from Halloween this weekend.

Hope you all are having a sweet and fun Halloween pic.twitter.com/IfaBWYi3Fg

The CNN anchor nailed the look with an official (or official-looking) track top and visor. The sunglasses, mustache and expression were also top notch.

So much fun trick-or-treating tonight! Winner of best parent costume in our neighborhood goes to ⁦@jaketapper⁩ as ⁦@TedLasso⁩! #HappyHalloween #halloween pic.twitter.com/XF2fyZBgKq

While none of these outfits were particularly amazing, the fact the entire team joined together for one group costume was pretty great. Sam Ponder’s British accent could use some work, though Tedy Bruschi’s Dani Rojas impression wasn’t bad.

Alex and her husband Servando went as Keeley and Roy, but it’s the edit and the young Ted Lasso that does it for me.

Is he still relevant?

Sadly, not everyone can pull off a Ted Lasso costume. It takes more than a beautiful mustache to replicate the ever-optimistic character. Comedian/creator Tim Heidecker, for one, was not happy with all the Ted Lasso costumes.

anyone dressing up as Ted Lasso this weekend is a cop.

By far the worst Ted Lasso costume belonged to Senator Mitt Romney. The failed presidential candidate dressed up as the Kansas coach, even giving biscuits to Senator Kyrsten Sinema, who I think was unironically and unintentionally dressed as Rebecca Welton.

Romney was widely panned for his costume on Twitter and by late-night comedians. Though Jason Sudeikis does not tweet and did not make any official comment on Romney’s outfit, he did like the below tweet, suggesting he did not approve of the Republican dressing as his character. (Sudeikis has not hid the fact he supports women’s right to choose what they do with their bodies, which is in sharp contrast to most Republicans like Romney.)

The scariest thing he could think of was kindness. https://t.co/sEjfO3B7Hy

I love a good costume pun (I went as Tobin HeathBar this year), and as I suggested last week, a few people actually put a little thought into their Ted Lasso costumes and went a step further with a pun.

Here are a few.

Finally, here’s a collection of some other great Ted Lasso costumes from the weekend.

Despite his personal struggles with Spina Bifida, Finn radiates positivity and his story inspires others to become the best versions of themselves. Being @TedLasso for Halloween was a no brainer. @AFCRichmond @jasonsudeikis @brettgoldstein @brendanhunting pic.twitter.com/87gPBRo3J0

As the man once said, the harder you work, the luckier you get.

Keeley Jones (independent woman) would like a word pic.twitter.com/7dYkoEiruD

“I got your back. Ain’t nothing gonna change that.” - @TedLasso #Believe #TedLasso @jasonsudeikis pic.twitter.com/MQJXsbkrax

Be a goldfish ⚽️ @TedLasso pic.twitter.com/S6bBZ7EM9o