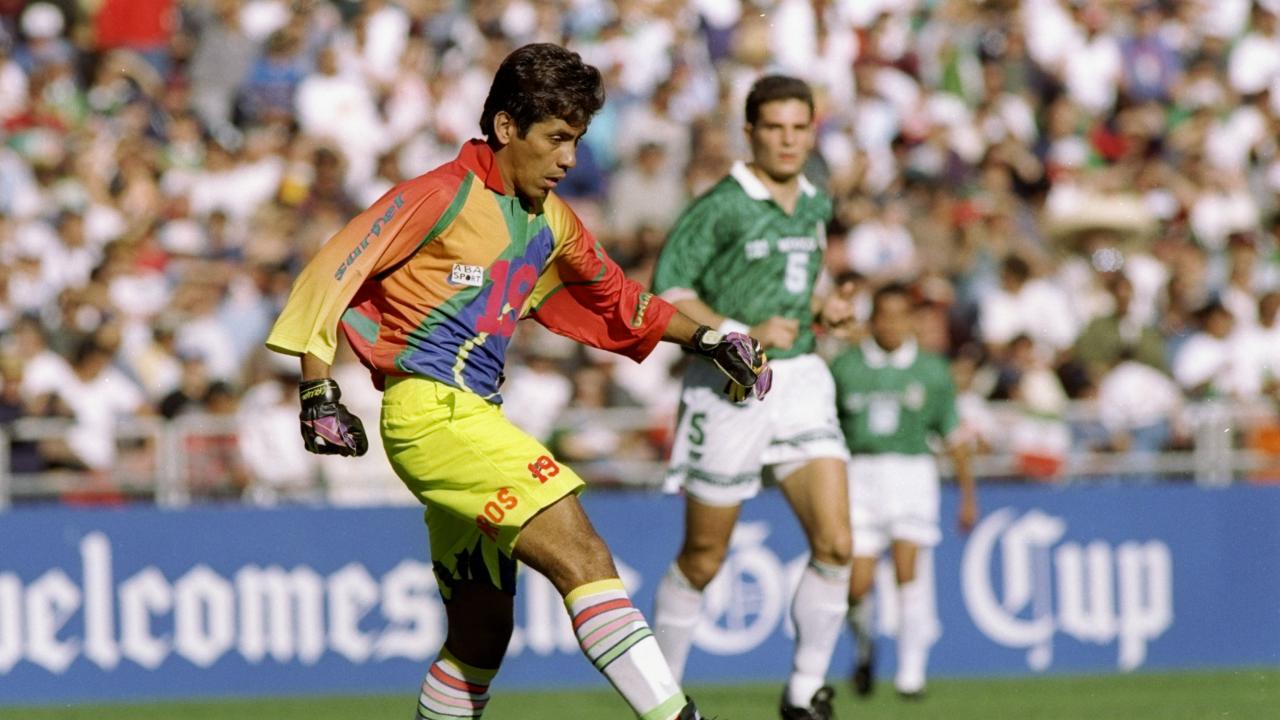 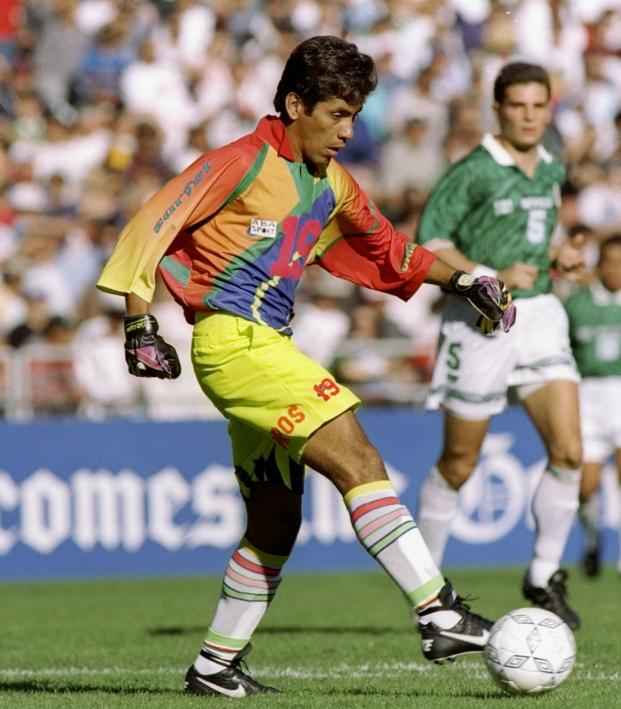 From Campos To Rimando, Who Are The Best Short Goalkeepers Of All Time?

They say size doesn't matter, but with the modern men's goalkeeping landscape populated by giants like Manuel Neuer (6-4), Gianluigi Donnarumma (6-5) and Thibaut Courtois (6-7), 6-2 is almost considered the minimum height for a professional goalkeeper in the modern age.

But short keepers are out there, and what they lack in size they make up for with quick reflexes, powerful jumping and some eccentric playing styles.

Best Short Goalkeepers Of All Time

An understated keeper who spent his entire career playing in the United States, Nick Rimando is a legend by MLS standards. No player in the history of the league has eclipsed Rimando's 46,336 minutes played (5,000 more than second-place Kyle Beckerman), managing 155 shutouts across 514 league appearances while holding just about any MLS goalkeeping record. A six-time all-star, Rimando also won MLS Save of the Year three times (including in his final season at age 40) and was a two-time MLS Cup winner.

Yet unlike the other short keepers on this list, Rimando was built for power. Weighing in around 185 pounds with thick thighs, broad shoulders and a strong chest, the American was an intimidating figure between the sticks, more than making up for his shortcomings in the height department.

Known for his flying acrobatics and iconic curly locks, most people know René Higuita ("El Loco") for his famous scorpion kick against England rather than his accomplishments on the pitch (which were many).

One of the first true sweeper keepers, Higuita helped Colombia reach the knockout stages of the World Cup for the first time ever in 1990 — although a key mistake in the Round of 16 knocked his side out of the tournament. Because of his risk-taking tendencies, Higuita scored 41 times during his club career, plus another three times for his country.

Nicknamed "El Conejo" ("The Rabbit" in Spanish) for his jumping ability, Óscar Pérez was a fixture in Liga MX for a quarter of a century, playing until the age of 46. His 740 league appearances are a Mexican record, although he did not win his first league title until 2016.

He also played 55 times for the national side, winning three Gold Cup titles and starting for Mexico at the World Cup in 2002 and 2010. He now works as the goalkeeper coach for Cruz Azul.

Much like his last name suggests, Death's presence in goal meant that the opposition's scoring chances were soon to meet their demise. He set the English Football League record by posting 1,074 consecutive scoreless minutes in goal (nearly 12 full matches) — a mark that stood for more than 30 years before it was broken by Edwin van der Saar in 2009.

He was a fixture in the Royals' goal for more than a decade — with his 471 league apperances, the second-most ever by a Reading player — and he is also frequently considered the greatest goalkeeper in club history, all despite playing the entirety of his career in the third and fourth division.

Davison was a typesetter at a newspaper when he was spotted by Sheffield Wednesday's assistant manager while playing for his local side, Gateshead United. Despite missing four seasons for World War II, Davison would go on to play for Wednesday for more than 15 years — where he was well-known for his quick reactions and expert anticipation.

He even garnered the very unique nickname: "The George Washington of Sheffield Football," a tribute to his fairness and honesty. With nearly four decades as a player and a manager, many say Davison is the most important figure in the history of Sheffield Wednesday football. 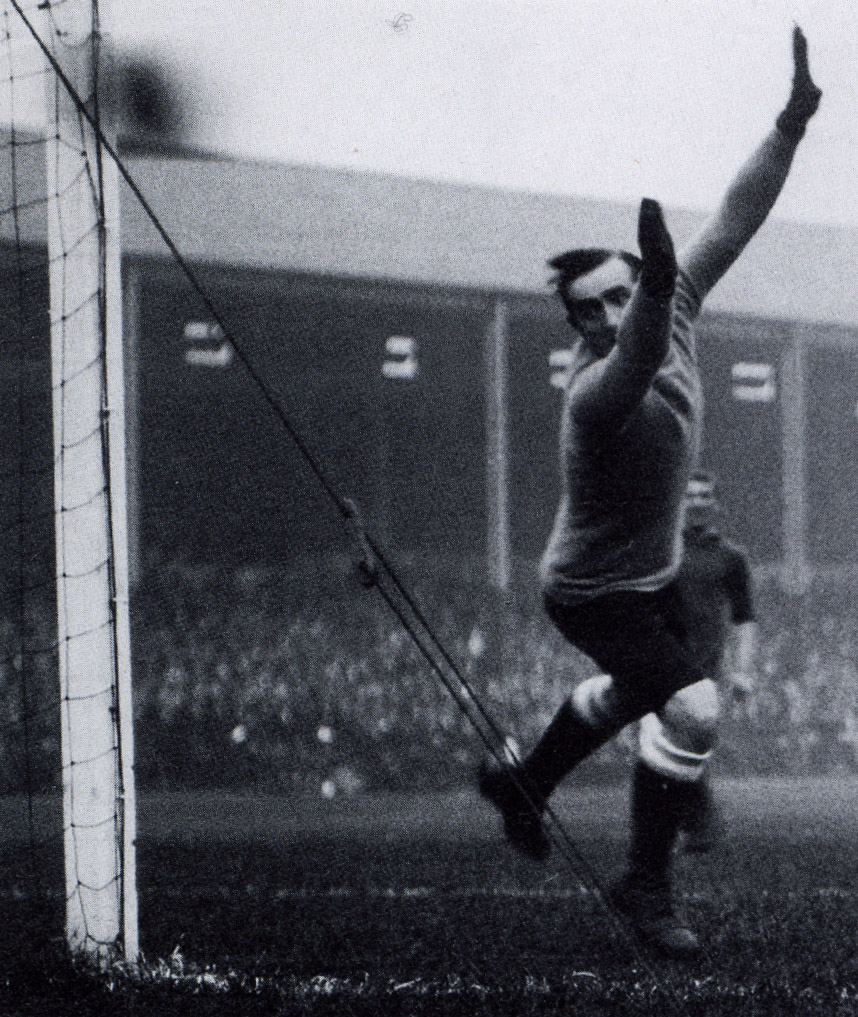 "Davison saves from Billy Lacey on 4 October 1913 in a 4–1 Wednesday victory over Liverpool." Via Wikimedia Commons.

A highly unpredictable player during his long career, the only certainty when it came to Campos' game was that he was very easy to spot on the pitch. Whether it was his colorful keeper jerseys (some of which he designed himself), marauding dribbling runs, or all-around flamboyant style of play, Campos was always the center of attention when he was in the starting XI.

As a backup keeper early in his career, Campos appealed to his manager to play striker, and he rewarded Pumas by scoring 14 Liga MX goals in 1989-90. After eight seasons in Mexico in which he scored 28 times, Campos moved stateside for the inagural season of Major League Soccer, where he would spend three seasons — even scoring during the 1997 MLS All-Star game.

He was an influential cultural symbol, yet almost most impressive of all were the 130 caps he earned for Mexico despite being just 5-7.