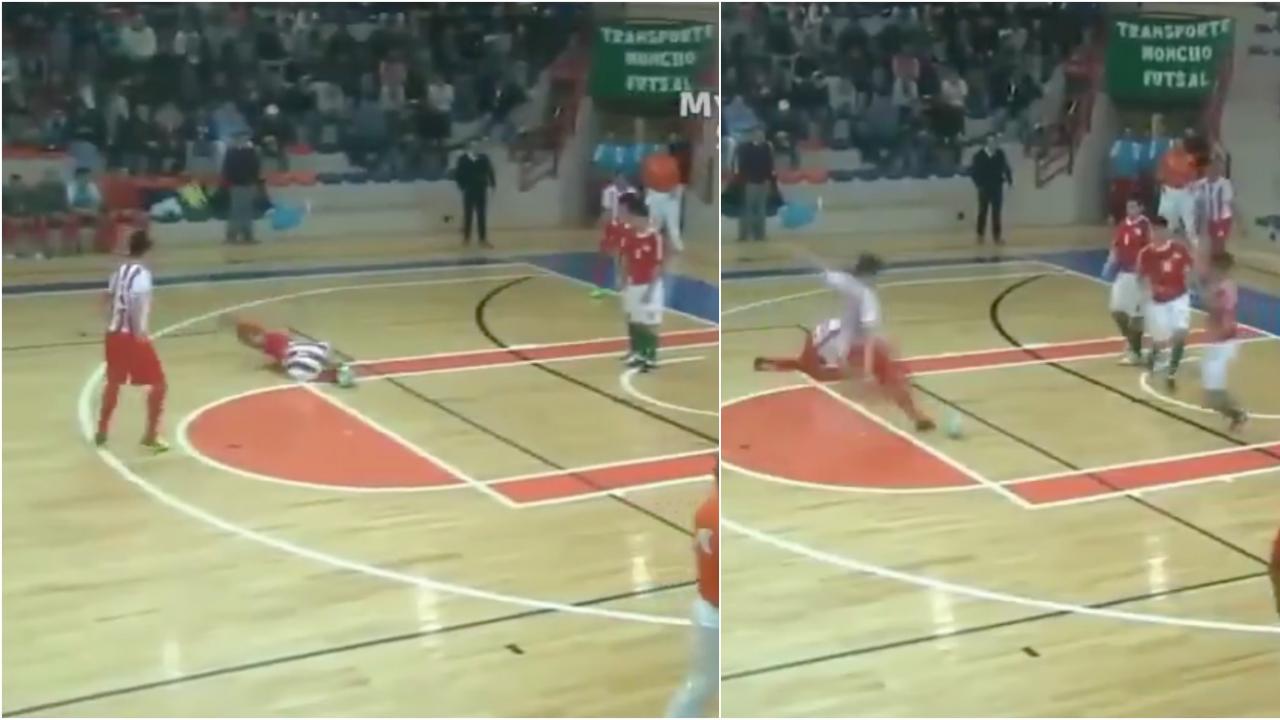 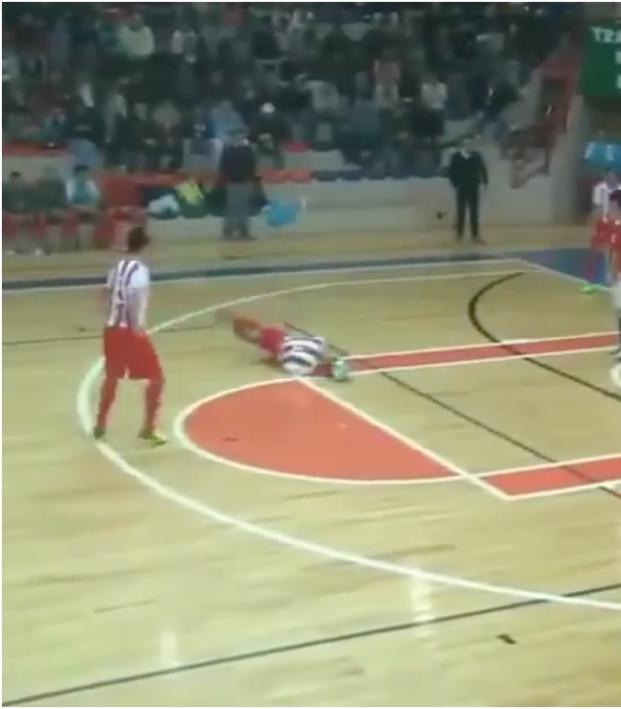 When you’ve got a free kick in front of goal, the opponent is always going to stack the wall, with or without a goalie in it. So you’ve got a couple choices: shoot around the wall (above, to the side, underneath) or lay the ball off to a teammate. In this recent futsal match, the attacking side found a unique way to do the latter.

Did the player mean to fall on his face and head the ball to his teammate? We sure hope so, but given the force with which he hit the floor, we can’t be positive.

Either way, this one’s right up there with the barking dog trick in basketball, the Flying V in hockey (is that a real thing?) and the fumblerooski in American football.