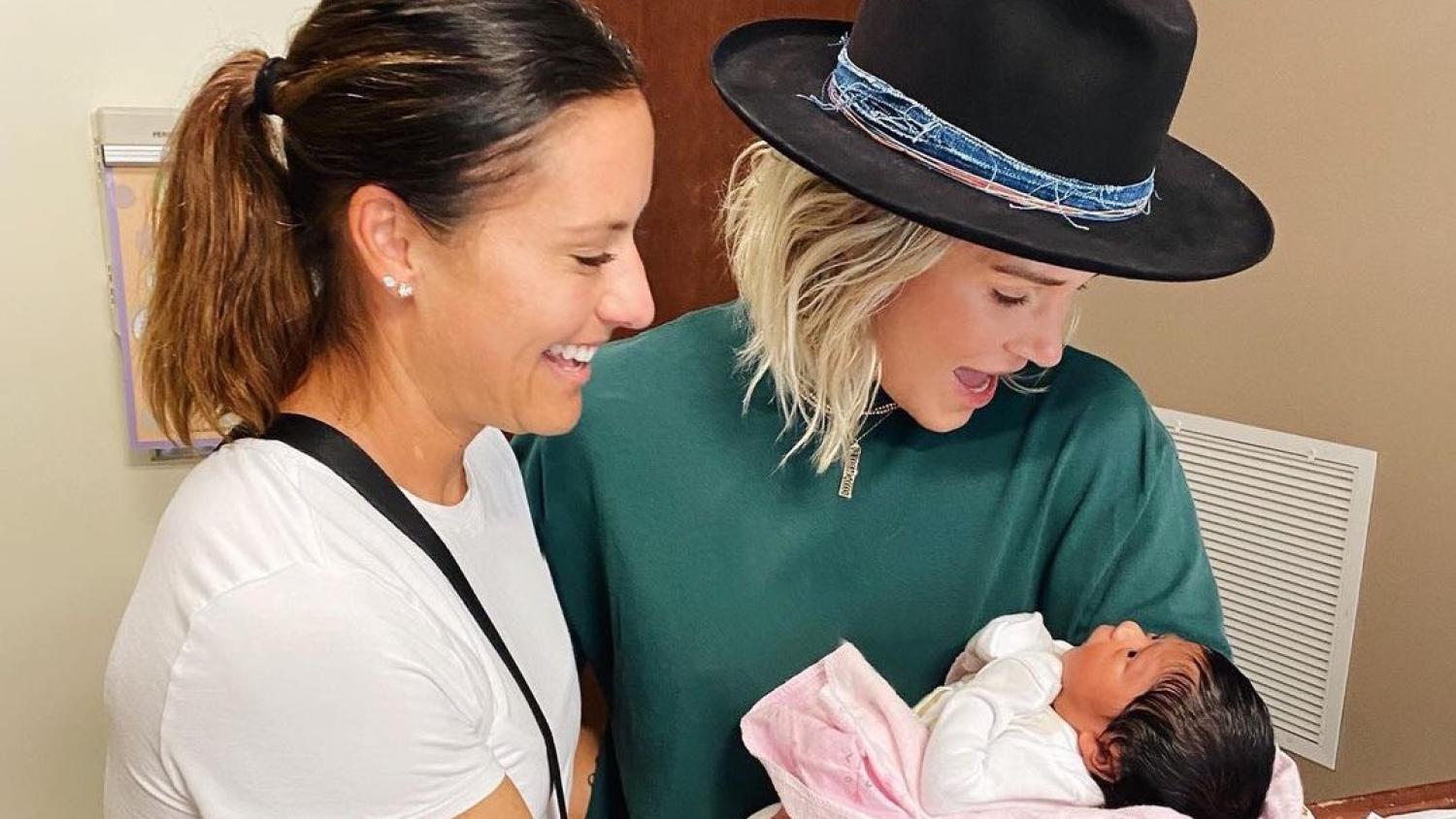 Only a few weeks old, Sloane Phillips is already a star and has 23+ aunties to spoil her.
@NWSL | Twitter

USWNT and Orlando Pride power couple Ashlyn Harris and Ali Krieger have adopted a beautiful baby girl. On February 12, Sloane Phillips was born and will grow up in a loving household with two superstars and 20-plus aunties to help raise her. Ali Krieger and Ashlyn Harris have gone through the adoption process while also competing at the highest level of play. They were fully supported through the entire journey by their teammates, coaching staff and family and they will step away from the game for a bit while they take care of the new addition to their family.

Sloane Phillips is one lucky baby. She has already attracted attention from the media as she got a shoutout from one of her aunt’s, Megan Rapinoe. Rapinoe finished an solid opportunity against Brazil and celebrated her goal and officially initiated Sloane to the USWNT family. We definitely stan Sloane Phillips and since she was brought into this world the U.S. has had no trouble winning games. The U.S. currently leads the group with two wins and is on track to win the SheBelieves Cup, again.

Hopefully Sloane’s luck can last until the Olympics, but for now we can all appreciate the cuteness overload she has brought to the USWNT.

And welcome to the family Sloane! pic.twitter.com/aMi32XgCTL