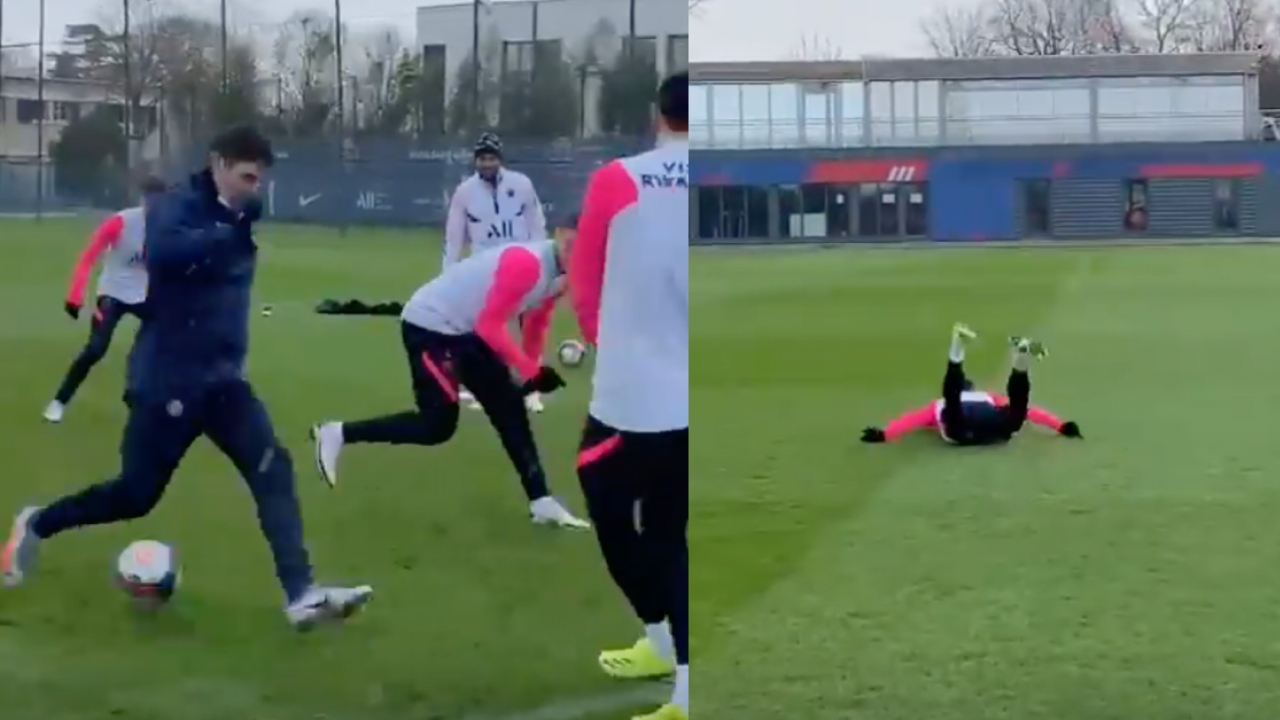 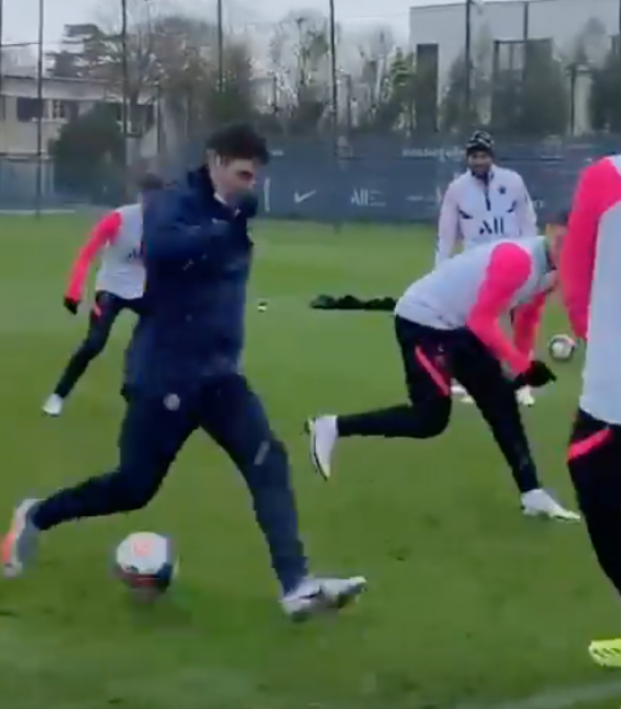 Ángel Di María might never play another game for PSG, not after what he did to his new manager, Mauricio Pochettino, in training this week.

Pochettino, who replaced Thomas Tuchel at PSG on Jan. 2, took part in a training drill with players on Friday but probably wishes he hadn’t. His fellow Argentine, Di María, sent him flying to the grass with a ruthless nutmeg.

To make matters worse, Di María celebrated like he’d just scored in a Champions League final. He then posted the video to his Instagram stories.

Angel Di Maria nutmegged Mauricio Pochettino and made him fall

Either Di María doesn’t care about losing playing time or he already has a good enough relationship with his boss that he can embarrass him and still play.

It was all laughs for the team Friday as PSG plays at 19th-place Lorient on Sunday. Pochettino could probably take the field with Di María, Neymar, Kylian Mbappé and seven randos from the bus station and still get three points.