10 Years Ago, Alex Morgan Was The Most Dominant Force International Soccer Has Ever Seen 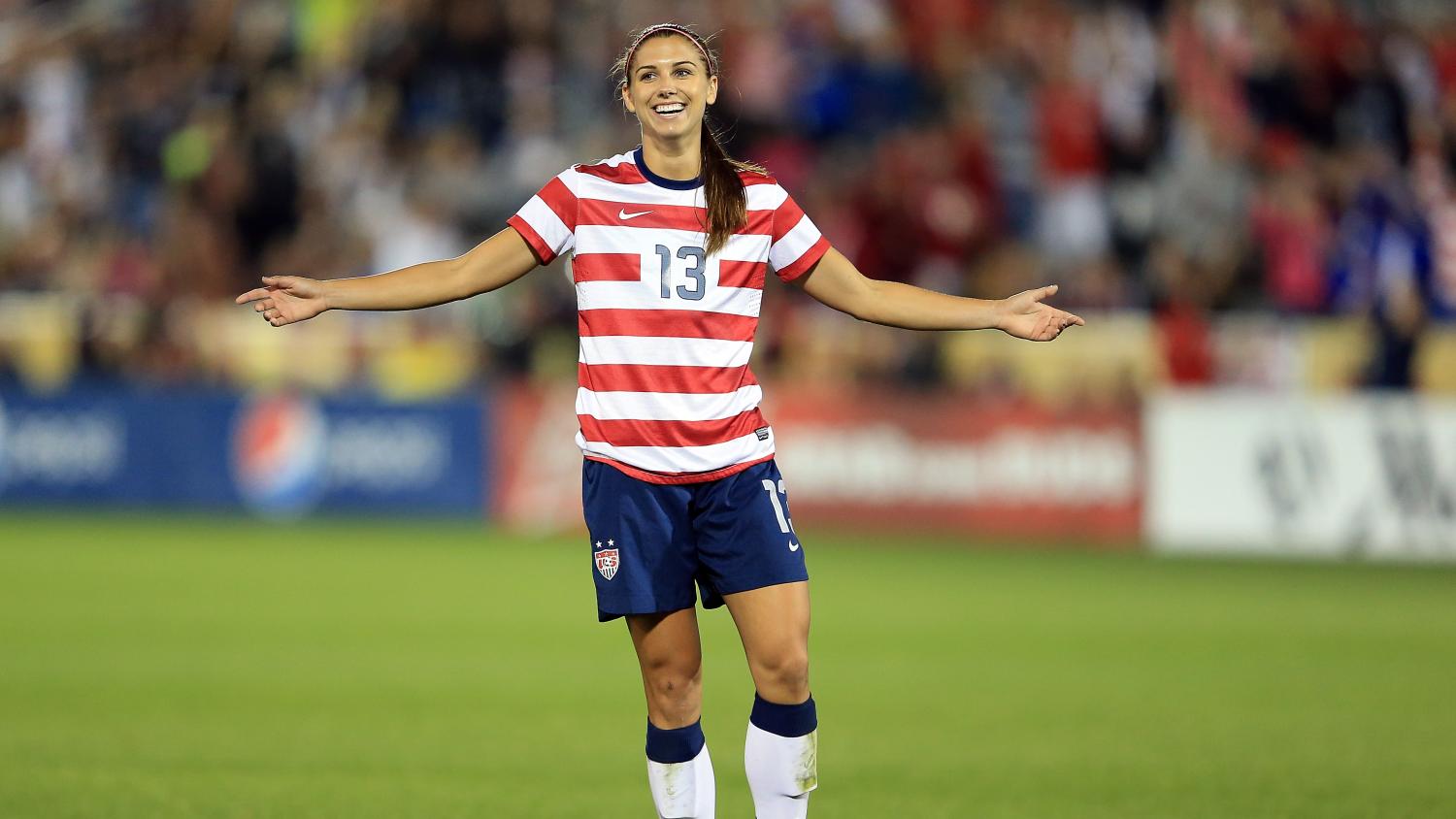 Alex Morgan had arguably the most impressive year in international soccer history in 2012, which should give USMNT fans some hope for 2022.
Getty Images

Perhaps more so than any other type of soccer, international football lends itself to the hero forward who saves the day with a miraculous goal. Whether it’s Pelé dominating the men’s World Cup, Michelle Akers scoring at will at the Women’s World Cup, Landon Donovan’s unforgettable finish against Algeria or Carli Lloyd’s midfield bomb in 2015, there’s something about the international game that loves a star goal scorer.

A decade ago, the USWNT had a star striker — the aforementioned Wambach — but was taken to incredible heights thanks to the introduction of a young forward who had arguably the greatest calendar year in the history of international soccer.

As the USMNT enters a World Cup year with no proven striker to rely upon, it’s worth revisiting 2012, when a mostly unproven youngster took international soccer by storm, winning an Olympic gold medal and becoming the face of her generation for a decade to come.

In 2012, Alex Morgan set the world on fire. With power, pace and panache, the 22-year-old went from role player with an awkward nickname to a global superstar. Now, 10 years later, Morgan’s 2012 stands out as one of the most impressive calendar years at the international level of all time.

A decade ago, the USWNT was coming off a second-place finish at the Women’s World Cup, including a disappointing defeat to feel-good story Japan in penalty kicks in the final. Morgan, nicknamed Baby Horse, was the youngest member of that squad, coming off the bench to provide two goals and one assist, all in the semifinal and final. She showed glimpses of being the future face of the USWNT, but the 22-year-old had yet to earn a regular spot in Pia Sundhage’s starting lineup.

That all changed in 2012, when Alex Morgan went from relative unknown to rising starlet with an incredible return of 28 goals and 21 assists, statistically one of the greatest seasons from any USWNT player. Morgan made her international debut on a snowy day in March 2010 at the age of 20. Two years later, she was lighting up the world stage.

The 2012 USWNT season started with Olympic qualifying in January. After a shocking road bump on the way to qualifying for the 2011 Women’s World Cup, the U.S. cruised through the competition, winning all five games by a total score of 38-0. Morgan started and scored twice in the final, a 4-0 win over Canada. She wouldn’t stop scoring all year long.

After the qualifying tournament, in which Morgan scored four goals, she scored twice in a 2-1 friendly win over New Zealand in February. A few weeks later, she had two multi-goal games at the Algarve Cup in Portugal, including her first international hat trick in a 4-0 win over Sweden in the third-place match. She scored four goals in the next four games before the Olympics, including a brace against Japan in the Sweden Invitational.

For those keeping track at home, Morgan had scored 15 goals in the USWNT’s 14 games heading into the London Olympics. It would only get better for her and the U.S.

Morgan opened the Summer Games with two goals in the group opener against France, a 4-2 come-from-behind win for the Americans. She wouldn’t score another goal at the tournament until the semifinal, but it was one of the biggest goals of her career.

Facing off against Concacaf rival Canada at Old Trafford, the U.S. could not contain Christine Sinclair, whose third goal of the day gave the Canucks a 3-2 lead in the 73rd minute. A few fortunate calls and bounces allowed Wambach to equalize with a late penalty, sending the match to extra time. A mere 30 seconds before going to penalties, Morgan scored the latest goal in USWNT and FIFA history, a soaring header that made Arlo White’s voice crack like a pubescent teen to cap off one of the greatest games in USWNT history.

August 6, 2012: At Old Trafford, @alexmorgan13 scores the semifinal game-winner in the 102nd minute to lift USA to a 4-3 win over Canada & into the gold medal match of the 2012 London Olympics pic.twitter.com/gVHL8NPDI5

The 2012 gold medal game was a rematch with Japan at Wembley Stadium. Morgan set up the first of two Carli Lloyd goals in a 2-1 victory, avenging the loss in the prior year’s World Cup final.

Morgan finished the Olympics with three goals and a tournament-high five assists. But her year wasn’t done.

The USWNT played 10 more friendlies to close out 2012. With the WPS having folded in 2011, some players were without clubs, so it was a prime time for U.S. Soccer to set up a victory tour or two to cash in on the summer success. Morgan scored five goals in three friendlies in September, assisted all three goals in two draws with Germany in October and scored four goals in two wins over Ireland in November and December.

To no one’s surprise, Alex Morgan won U.S. Female Athlete of the Year in 2012. In a show of how little FIFA paid attention to women’s soccer at the time, Morgan finished third in voting for FIFA Women’s World Player of the Year, behind Abby Wambach and Marta.

All this from a player who didn’t even begin the year as a starter. It should give USMNT fans hope a star striker can emerge ahead of the 2022 World Cup in 11 months, whether it’s 21-year-old Josh Sargent, 21-year-old Daryl Dike or 18-year-old Ricard Pepi. Maybe we should change Pepi’s nickname from El Tren to Caballo Bebé?

One could easily argue Morgan’s 2012 was the best individual season for any USWNT player ever, which would also probably make it the best individual season for any player in the history of international soccer. (Personally, it’s hard to not go with Akers’ 39 goals in 26 games, including a record 10 at the 1991 Women’s World Cup, but you could argue Morgan faced stiffer competition all around in 2012.)

While it’s never apples to apples to compare the women’s game to the men’s game, it is worth noting both Alex Morgan and Cristiano Ronaldo — the men’s all-time leading international goal scorer — have 115 goals to their names as 2022 began. Ronaldo, 36, scored his goals in 184 matches while Morgan, 32, has 190 caps. Ronaldo’s best calendar year came in 2019, when he scored 14 goals in 10 matches.

Given how parity continues to increase in women’s international soccer, it’s worth wondering if anyone can ever replicate Alex Morgan’s unforgettable 2012. Then again, anyone who has seen the way Catarina Macario is able to create goals for herself and others wouldn’t be surprised to see the 22-year-old rising USWNT star put together the sort of year Morgan had 10 years ago.