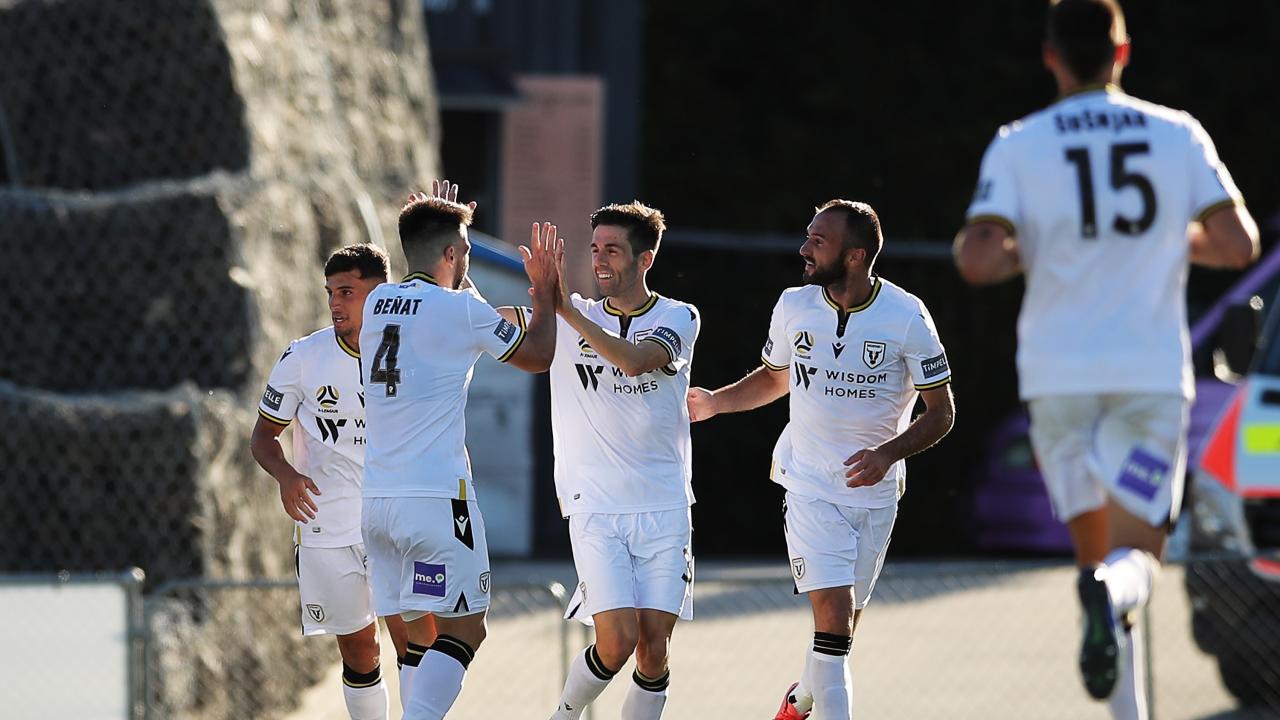 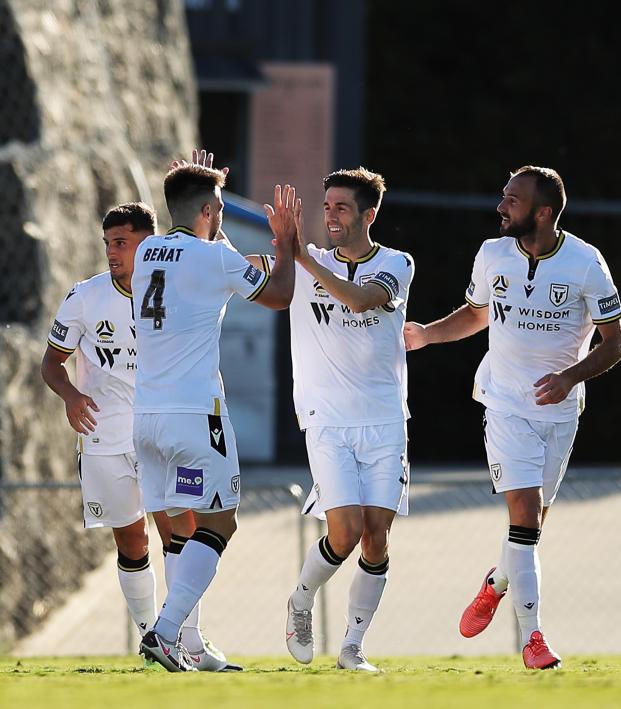 Once An Afterthought, Australia Has Become A Covid-Free Utopia For International Footballers

Located in the far northern reaches of the Iberian Peninsula, Basque Country is a small autonomous district in Spain (and a small sliver of France) known for its unique language and cultural practices.

Two of the biggest soccer clubs in the region, Real Sociedad and Athletic Bilbao, feature lineups based heavily around home-grown talent, with Bilbao even enforcing a strict Basque-only policy at the club since 1912.

Despite the limited expanse of the region, Basque Country has long produced talented players and has occasionally exported players to foreign leagues, including: Ander Herrera with PSG, Javi Martinez with Bayern Munich and Kepa Arrizabalaga with Chelsea, to name a few.

But Basque players tend to stay in Spain, and unless a match features Sociedad, Bilbao or one of the other handful of less prominent Basque clubs, it's unlikely a Basque player will be on the field.

So imagine the surprise of a soccer fan turning on ESPN+ late Friday night and seeing an Australian A-League match that featured a trio of Basque-born players on the pitch.

Host MacArthur FC offered center midfielder Beñat and winger Markel Susaeta, while Western United boasted attacker Iker Guarrotxena — all three formerly of Athletic Bilbao. Guarrotxena opened the scoring for United in the 26th minute, en route to a 4-1 victory for the home side.

Guarrotxena may have come out on top in the A-League, but it is Beñat and Susaeta who have by far the more distinguished careers.

Beñat started at Bilbao, broke through at Real Betis, then returned to his boyhood club for the prime of his career. Susaeta made 507 appearances for Bilbao, the club he joined when he was 10-years-old.

Both are now in their first season together at Macarthur, with Susaeta already having A-League experience with Melbourne city last year.

"At first, maybe he (Beñat) was a little scared," said Susaeta, who sometimes acted as a translator for his Basque teammate. "It's a new experience for him, but we continued talking, and finally we are here.

"We are very happy to have freedom and very excited to start the season with this new club. I was happy in Melbourne, the plan was to stay here, but the pandemic didn't improve. I was so sad, but my family and I, we wanted to come back because it is the perfect place for this moment."

Unlike his Basque compatriots, Guarrotxena was never able to break through to the Bilbao first team. Instead he left for CD Mirandés without ever making a senior appearance for the Basque club and has since played for clubs in Poland and Greece before arriving in Australia last month.

Yet it was the advice of Beñat and Susaeta that convinced Guarrotxena to move to Australia.

"I know a lot because some Spanish players have played here before," Guarrotxena said. "I spoke with them (Beñat and Susaeta) and always they spoke well about Australia, because they said the football is good. It is the kind of football that we can adapt well to, so I think for me as well I can adapt well to this style.

"I spoke with Markel (Susaeta) a lot because he lived here in Melbourne before. He sent me some references of where to go, where to live — he's a good guy."

Along with Susaeta and Beñat, Guarrotxena also joins the Spanish trio of Diego Castro, Javi López and Víctor Sánchez — who have nearly 800 LaLiga appearances between them —  in the A-League.

Castro is the eldest of the group, with the 38-year-old having spent the last six seasons with Perth Glory, while López plays for Adelaide and Sánchez is teammates with Guarrotxena at Western United.

But it's not just Spaniards who enjoy the warm weather of the Southern Hemisphere; the A-League has players from 32 different countries — ranging from North Macedonia to South Sudan — and the amount of foreign players who have shown interest in the A-League recently is staggering.

"I don't know how people get my number or my email," Macarthur FC manager Ante Milicic said. "I get bombarded daily from players, particularly in Europe, about squads getting cut down, money getting cut down, wanting to come to Australia."

The cause behind this migration to Australia is simple: Covid-19.

"When I ring Markel (Susaeta) to speak to him on the phone he's jogging with his face mask on," Milicic said. "He's scared to pull it down to even talk to me. It's lockdown. You can't get to a gym now. Cases going, winter's coming — where's the end line?"

Australia only had seven new Covid cases on Feb. 23. Seven, for an entire country of 25 million people. That's nearly 1,000 times less than the per capita Covid rate this past week in Spain.

While the A-League can't offer the types of salaries clubs provide in Europe, it offers security and peace of mind for players who have rarely been able to see their families during the past year.

"So they're coming to Australia for lifestyle and basically freedom — for their kids, for themselves, their families. And that's what we need, for those players to teach the young boys, to show them the way."

What was once a retirement league is now home to talented European players with life left in their legs — many of whom had trouble finding work due to the financial crunch many European clubs are experiencing.

Watching the A-League has now become an exercise in "Remembering Some Guys." It is an odd but comforting menagerie of vaguely familiar players who all seemed to be somewhat-relevant in 2014.

The league features players like Ryan Shotton, a journeyman defender who played for seven different clubs in the top two divisions of England. Then there's Beninese striker Rudy Gestede, who holds the distinct honor of being relegated with three different clubs, most recently with a Middlesbrough side that finished 19th in the Premier League in 2016-17.

You can also find a trio of former Premier Leaguers in Jordon Mutch, Callum McManaman and Graham Dorrans.

All five players are currently in their first A-League campaign.

The competition also showcases talismanic talents like Alessandro Diamanti; the Italian attacker with 17 international appearances, a storied career in Italy and one half-decent Premier League season at West Ham. He's a 75 overall in FIFA at age 37 and still tearing defenses apart in Australia:

And we can't forget Costa Rican striker Marco Ureña, a shifty center forward with 15 goals in 67 appearances for his country. He has played top-flight football in six different countries and has appeared in the Champions League and World Cup.

The majority of these A-League imports arrived in the land down under within the last 12 months and were only allowed to train with their clubs following a strict two-week quarantine.

Soccer is rarely thought of as the most popular sport in a country that excels in cricket, rugby and Aussie rules football (AFL), which is why Australia doesn't have the footballing talent to measure up to European clubs.

But Covid-19 has offered offered Australia the rare opportunity to import players that it normally wouldn't get — accomplished players with high-level experience.

And who knows, maybe in a few generations Australia becomes a footballing powerhouse.

Until then, we get to enjoy solid footballers from lower mid-table Premier League sides of the 2010s, as we attempt to shake the feeling that we've seen these guys before.