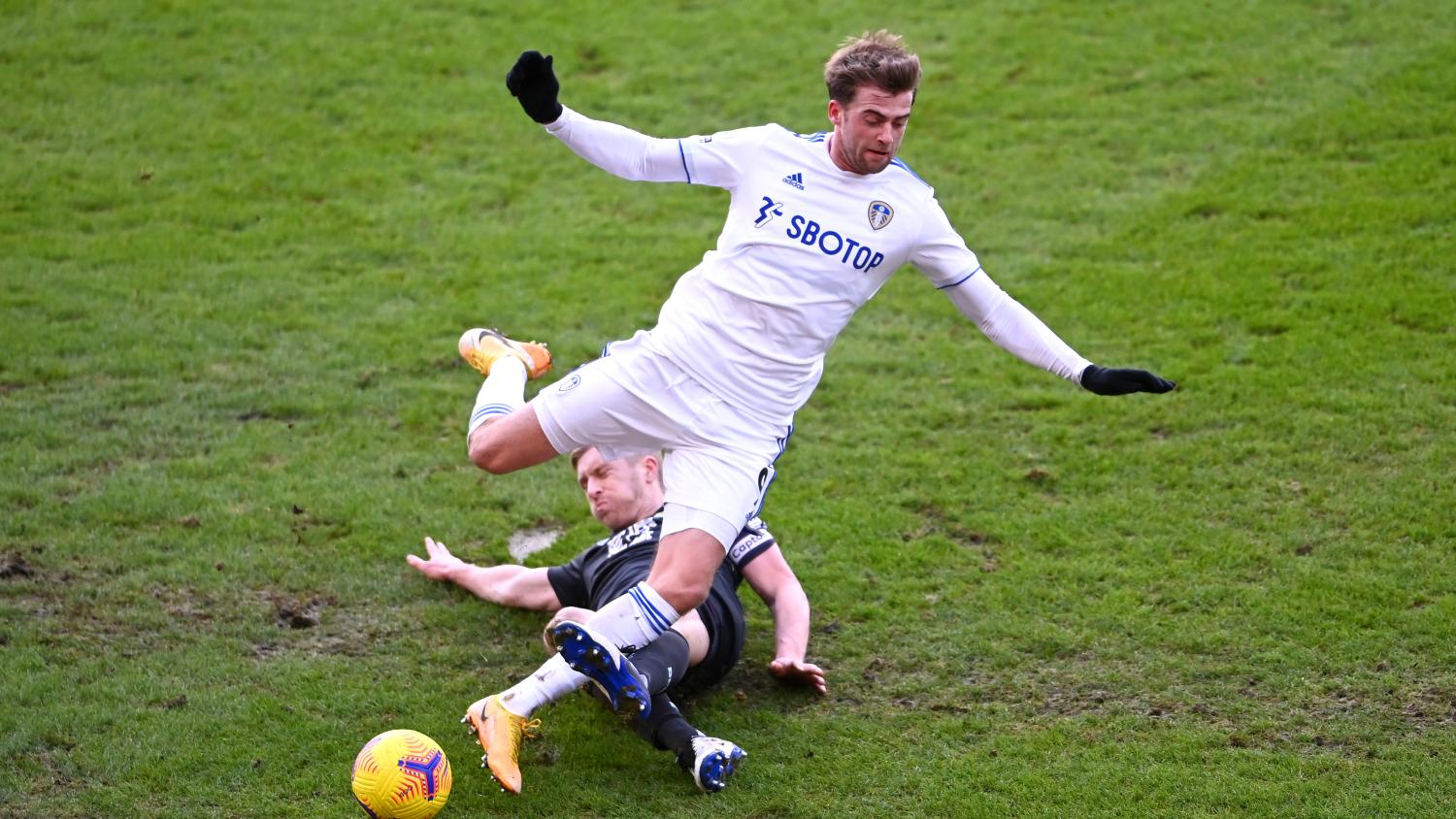 A fifth-minute penalty from Patrick Bamford was enough to give Leeds United a 1-0 win over Burnley at Elland Road in the Premier League on Sunday, but Sean Dyche's side were left furious after an Ashley Barnes effort was ruled out.

Bamford, who spent a spell on loan at Burnley earlier in his career, drilled home the early spot kick after referee Robert Jones ruled that Burnley keeper Nick Pope had brought down the Leeds forward. It was the Leeds man's 10th league goal of the season.

Burnley were flabbergasted, however, when Barnes hooked the ball into the net after Leeds keeper Illan Meslier had failed to reach a high ball into the box, only for the goal to be ruled out. Jones ruled that Burnley defender Ben Mee had fouled Meslier before the ball fell to Barnes, although replays suggested it had been the keeper who fouled Mee when he charged out to try to reach a high cross and rammed his knee into Mee's back.

The Clarets dominated after the break but Meslier, who struggled with crosses throughout the game, did well to keep out near post drives from Barnes. But while Leeds looked well below their best, lacking their usual high-energy approach, Burnley weren't able to turn their possession or Meslier's difficulties in the air into enough clear cut chances.

Burnley manager Sean Dyche entered the field after the final whistle to show his feelings to the referee and not surprisingly felt his team had suffered an injustice. Dyche was unhappy with both the penalty decision and the disallowed goal.

"I can't see the penalty for Leeds myself — Nick Pope gets a clear foot on it. Football is in an odd place. The one at the other end where we had a goal disallowed, it's not a foul, it can't be a foul. Ben Mee has his eyes on the ball," he said.

"It should be a penalty for us — you can't run and knee someone in the back. I'm very aggrieved by that, those moments are important," he said.

Leeds manager Marcelo Bielsa declined to comment on the incident but conceded his team had struggled.

"It was very difficult. Burnley could have drawn the game in the second half, they were two different halves. In the first we were able to impose our game, in the second, especially in the last part, it was difficult for us to neutralize their strengths," he said.