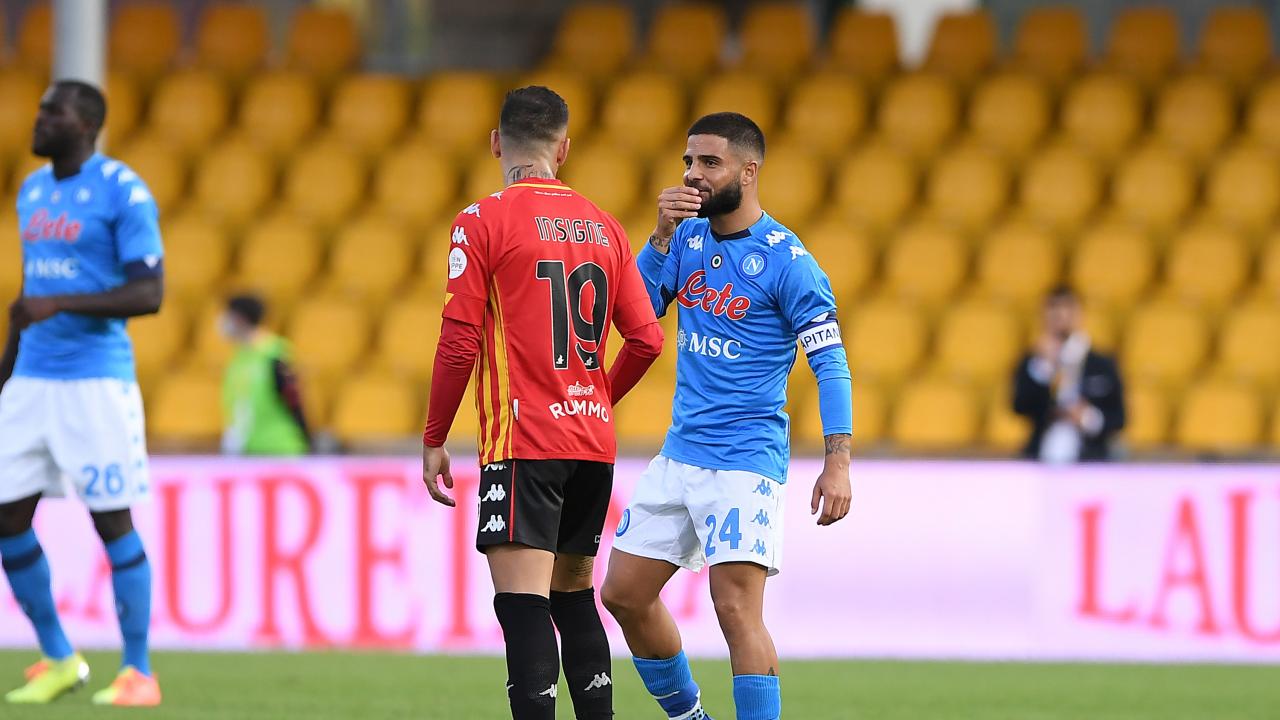 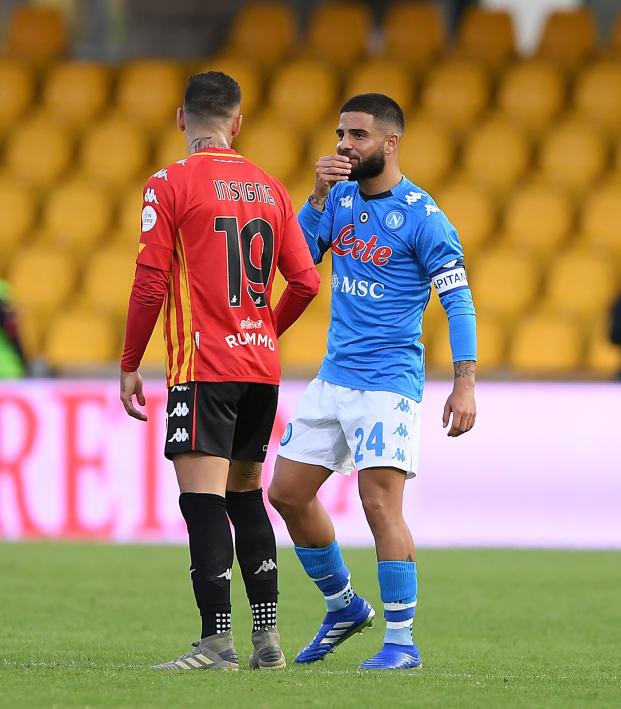 Brothers Score In Same Match For Opposing Sides In Serie A

Lorenzo Insigne and his younger brother Roberto scored for opposing sides on Sunday as Napoli came from behind to win 2-1 away to promoted Benevento in Serie A.

Roberto Insigne, the younger of the two, stunned Napoli by scoring his first Serie A goal at the age of 26 before Lorenzo leveled on the hour and substitute Andrea Petagna won the game for the visitors who moved into second place.

The two brothers have had very different careers despite both making their professional debuts with Napoli. Lorenzo Insigne has gone on to make over 350 appearances for them and become one of their key players. Roberto made only two appearances and was then loaned out to six different clubs, spending most of his career in Serie B, before Benevento signed him last year.

The match also featured a touchline duel between Napoli coach Gennaro Gattuso and his counterpart Filippo Inzaghi who were teammates for AC Milan and Italy.

Benevento went ahead when Gianluca Lapadula pulled the ball back from the byline and Roberto Insigne fired into the roof of the net on the half hour. Napoli twice hit the woodwork before halftime and Lorenzo Insigne had a goal disallowed after the interval before equalizing with a ferocious shot which bounced down off the underside of the crossbar and over the line.

Seven minutes later, Matteo Politano broke down the right and Petagna scored from close range. Napoli still had to endure some late pressure and goalkeeper Alex Meret punched Marco Sau's free kick from under his crossbar with the last touch of the game.

Napoli have 11 points from five games, one less than AC Milan. They have won all four games on the pitch but forfeited their match away to Juventus and had a point deducted when they failed to travel to the game amid confusion over COVID-19 rules.