LaLiga Needs To Punish Mallorca And Its Fans After The Vile, Racist Abuse Against Vinícius Jr. 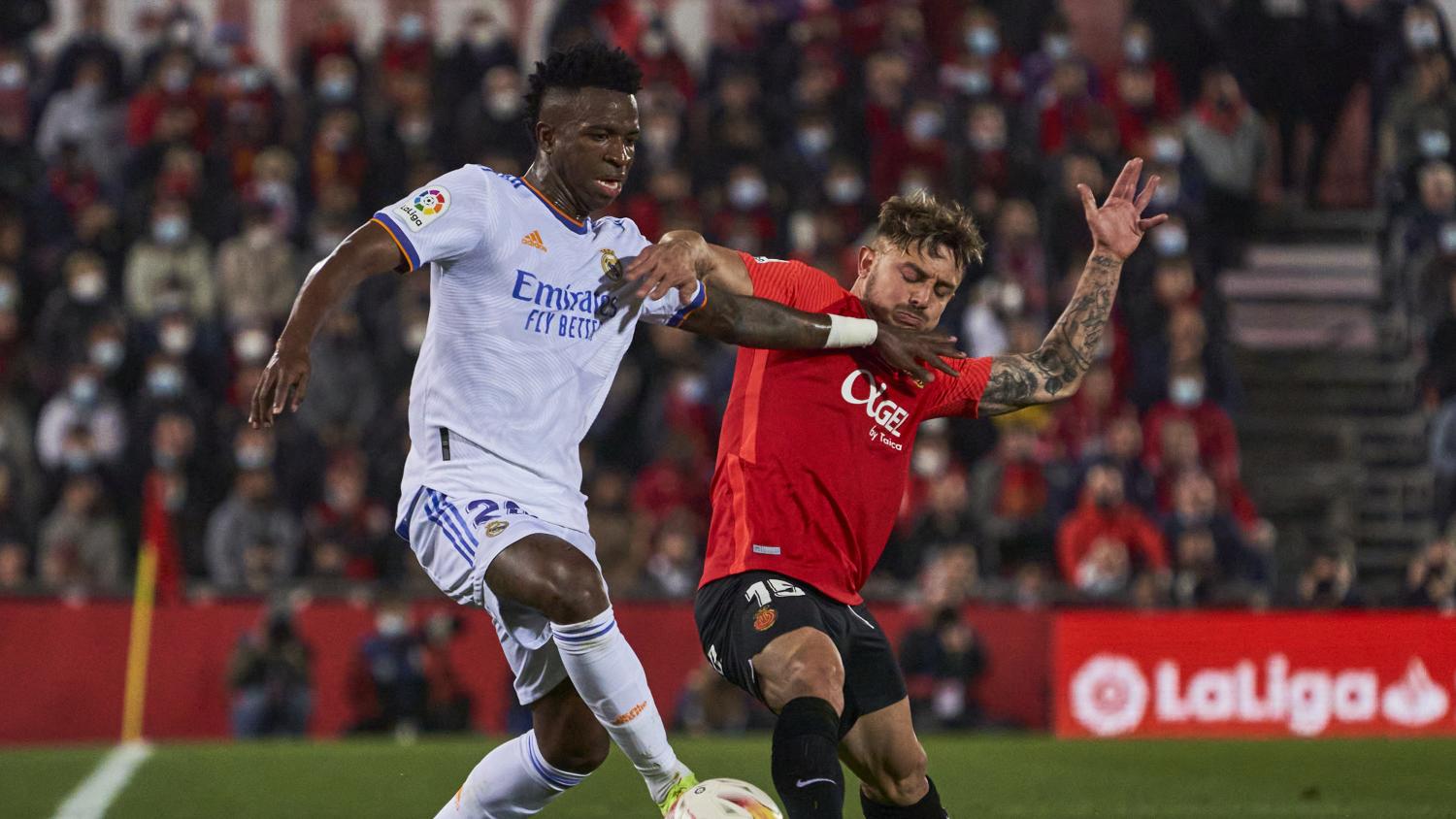 It has to stop.
Getty Images

Vinícius Jr. is lighting up LaLiga 2021-22. The talented 21-year-old is becoming a crucial resource for Real Madrid, and he is also demonstrating why he's the best Brazilian forward in Europe. His recent performance against Mallorca was one to watch, scoring and breaking some rivals' hips.

Sadly, the visit to Son Moix was far from being perfect. All because of a group of racist idiots who decided to attack him.

The TV show Directo Gol revealed how Vini was the victim of narrow-minded morons after a tough challenge from Pablo Maffeo. While Vinícius is on the floor, in pain, you can hear monkey sounds from the stands and even a fan yelling, "go and pick bananas!"

The whole sequence is brutal. And the worst thing is the attitude of all surrounding the player inside the field after the verbal assault.

First, nobody reacts to the blatant attack, giving the impression that this is a totally normal scene in LaLiga. Then, you have Mallorca players bullying him because they thought Vinícius was exaggerating the foul. And finally, the ref warning him about a red card if he keeps complaining about it is just bonkers.

I wish I had seen Mallorca's players calming down their fans or the referee stopping the game, but it is clear that we don't live in that world.

On Tuesday, Mallorca — which is owned by U.S. businessmen — sent a message through its social media platforms, trying to clean up the mess.

"The club condemns emphatically and categorically any racist attitude or manifestation like the one seen yesterday in our stadium," they said.

LaLiga is said to be investigating the incident to determine sanctions. I have no idea how long they will take on the matter, or if they will decide to act upon it, but in my eyes, it should be pretty simple: identify and ban those who abused Vinícius and punish Mallorca with two or three games with closed doors.

LaLiga and other tournaments around the world need to send a signal. If they don't, nothing is going to change.