Emiliano Martínez sure is the most hated soccer player right now 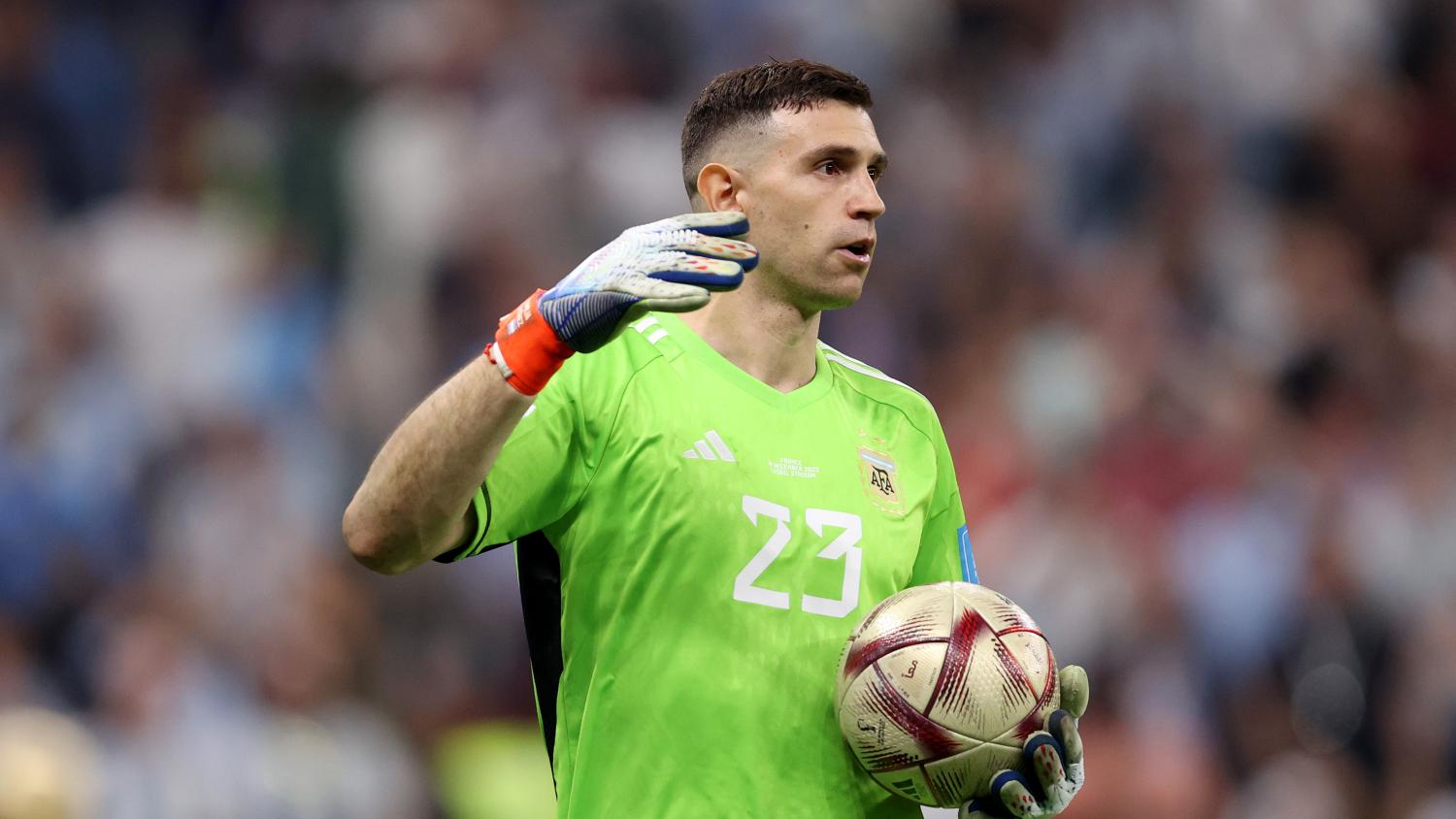 The Argentine goalkeeper has not a lot of fans around the world.
Getty Images

Sergio Ramos, Pepe, Diego Costa and Luis Suárez have all been, at some point in their careers, the most hated soccer player in the world. And after the 2022 World Cup, we may agree that such an infamous honor now belongs to Argentina's goalkeeper Emiliano Martínez.

There's a chance that Martínez is a wonderful person around his family and friends, but on soccer player duties, there is no doubt that he's a massive prick.

At least among those who are not Argentines.

The list of offenses against his case is too long to enumerate, but we can summarize it in the mental games he gets involved in, filled with shithousery and bullying behavior.

The main source of hate toward El Dibu is related to his antics during penalty shootouts. He knows how to provoke and distract shooters, getting under their skin in no time with words or gestures that are not exactly kind.

Take as an example the way Martínez messed with Frenchman Aurélien Tchouaméni in the World cup final.

I know those sorts of mental games are not forbidden in the books, but they are annoying and not a good display of Martínez's qualities as a human.

And then you have behaviors that are hard to explain, like whatever he tried to do with the Golden Glove award.

Both are deplorable and shocking bullying acts that are really difficult to forgive.

One more example is the way how Martínez treated a Mexican fan who was trying to give the team a traditional hat during the World Cup title celebrations in Qatar.

There is a video where you can hear him telling the supporter, "give it to Memo Ochoa, dumbass," along with obscenities like "suck your dick" and "put the hat in your ass."

More? The never-ending bullying toward Kylian Mbappé needs some intervention. Martínez approached the French star after the final, trying to console him, but once he was out of his sight, he started to mock him non-stop.

The hate towards Argentina team is so forced, Emi Martinez was literally consoling Mbappe after the game but the media won't show you this ffs. https://t.co/IzAAvRvyj3 pic.twitter.com/X5Tfu8XHq5

In the Argentina dressing room in the Lusail Stadium, Martínez led a song whose lyric was: "One minute of silence for Mbappé who is dead."

And two days after, during the huge celebration parade in Buenos Aires, he kept poking Mbappé, adding his face to a baby doll.

Emi Martinez got hold of a baby Mbappe during their World Cup parade pic.twitter.com/mIAiRfkIYZ