Well, now we know why Darwin Núñez has been so bad at Liverpool 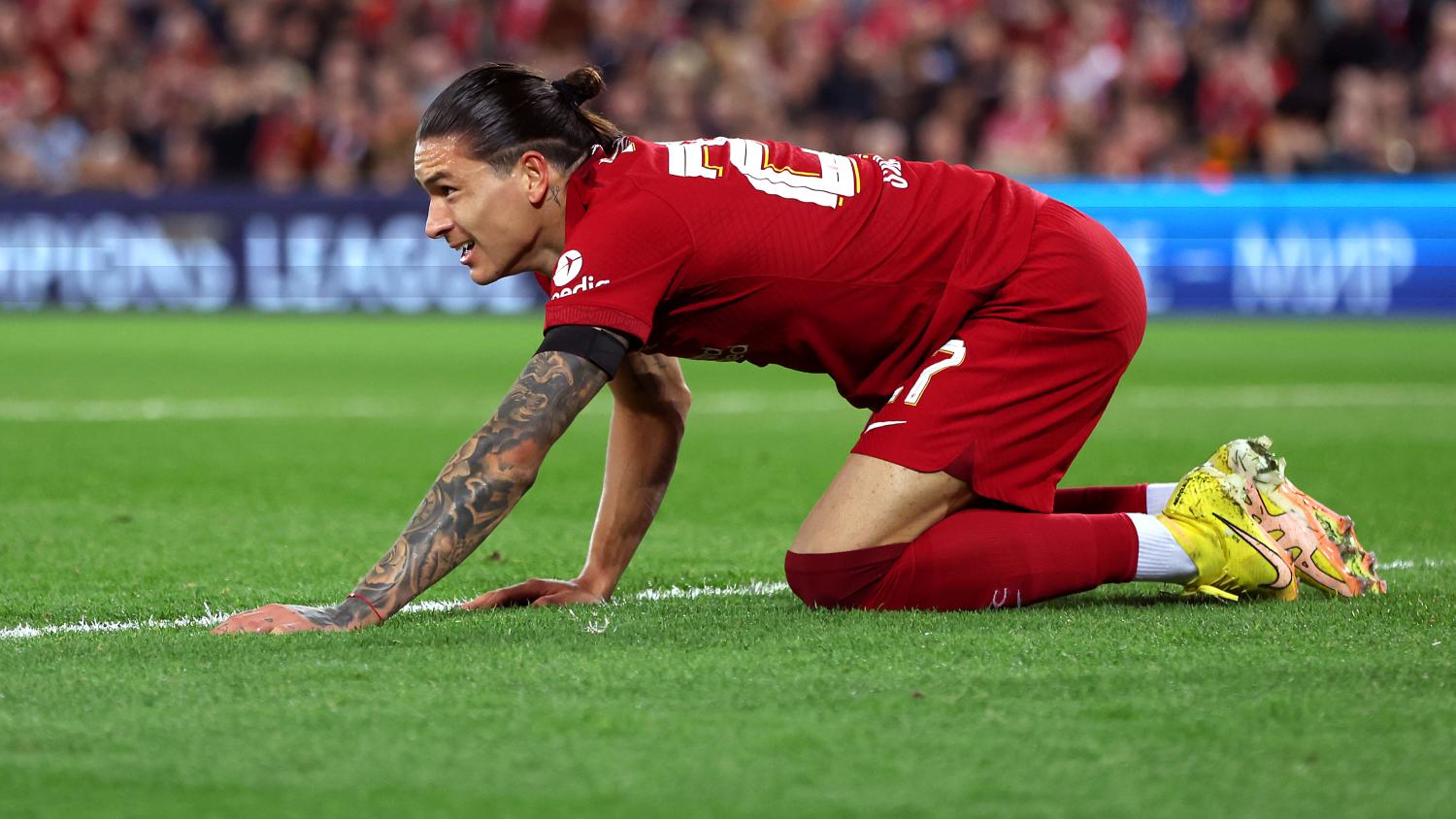 The Uruguayan either needs a translator or to brush up on his English real soon.
Getty Images

Liverpool fans are not happy with Darwin Núñez. The club paid a hefty $82 million to Benfica for the Uruguayan in an attempt to strengthen its front line after Sadio Mané's exit, while also providing talk for pundits about how he would compete with Erling Haaland for the Golden Boot. However, the striker hasn't hit it off and is starting to be called a bust.

Núñez has played a mere 340 minutes across all competitions and scored two goals (one in the PL and one in the Community Shield) — far from the 34 he bagged with Benfica last campaign.

Why such a difference?

Well, Darwin himself gave a hint at why he's been so awful, talking after Tuesday's game in which Liverpool beat Rangers in the Champions League.

"The truth is that, honestly, in the team talks that he gives, I don't understand anything," he admitted. "I ask my teammates afterward to find out what he said."

But while that explains part of the problems, some fans argue that language hasn't been an impediment for Luis Díaz. Klopp recognized that communication with the Colombian was not the best, but in the end, the winger hasn't had issues adapting to Liverpool's playbook.

Fans also say that not understanding Klopp is not a valid excuse for missing in front of goal like Núñez has.

The good news for Núñez is that Klopp still trusts him. The Uruguayan played 80 minutes against Rangers, and despite the fact he didn't score, the German coach valued the chances he created and expressed confidence that the bad spell would end soon.

"You saw how good a striker he is, to be constantly in those situations. Everybody saw tonight that this (goal) will happen. So all good."