The fastest players at the 2022 World Cup (so far) 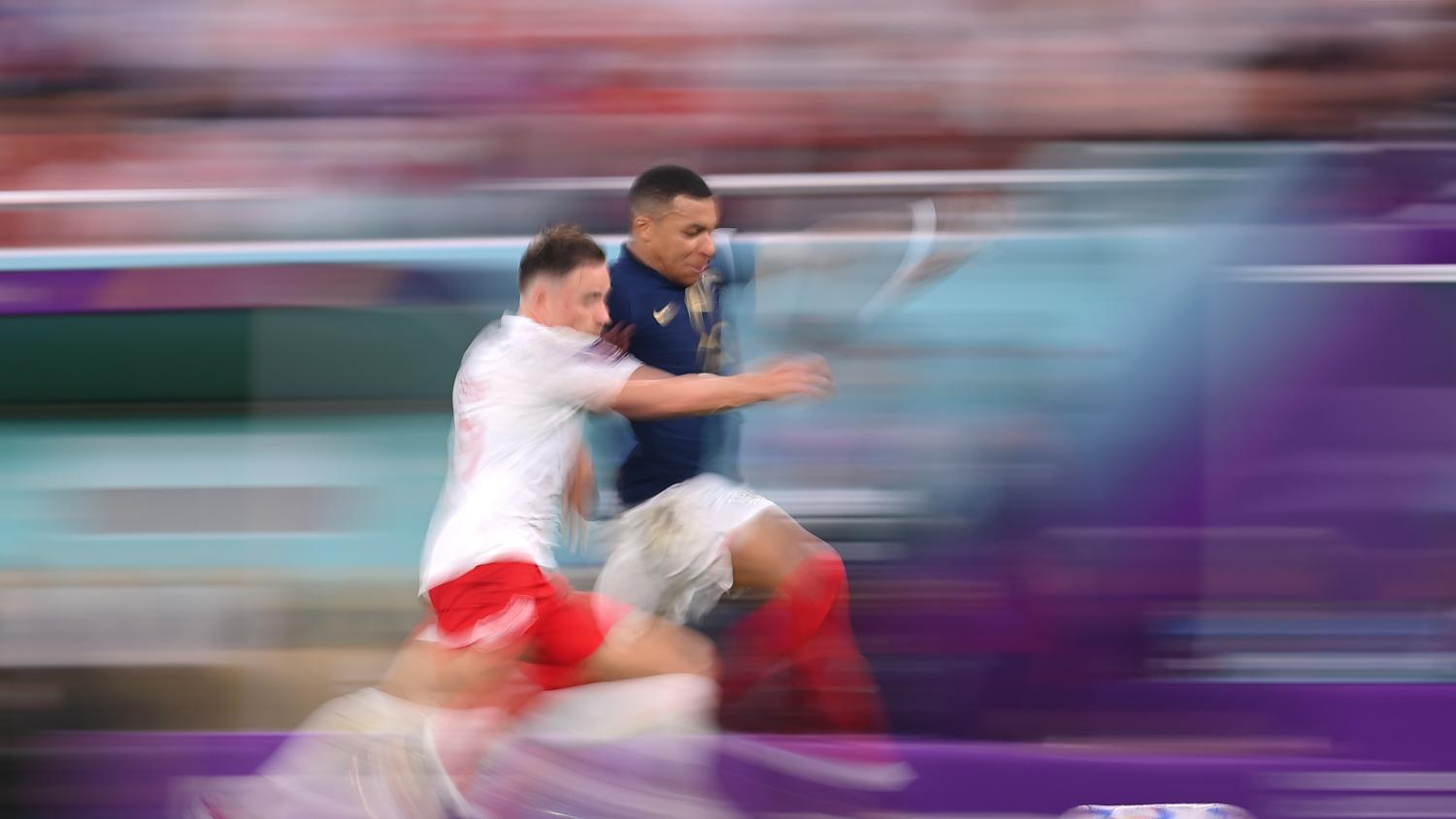 Hit the gas and enjoy the ride.
Getty Images

Running fast is not necessary to be a good player in soccer. If it was, Usain Bolt would have been a phenomenon when he tried to turn pro.

Having said that, we can't deny that speed always captivates the eye. You can see how a sprint perforates a defense or how a player dashing back to stop a counterattack is always an exciting view during a game.

During the 2022 World Cup, we have seen plenty of these plays and stars like Kylian Mbappé, Achraf Hakimi and Alphonso Davies show off their well-known mercurial skills. But how fast have they run? Are they even in the top 10 of the fastest players in the tournament? Are there any other challengers claiming the speed throne?

Well, here we have the answers.

For this article, we checked the official FIFA match reports of every single game in the tournament. We have included matches from the group-stage 6 to the quarter-finals, but we promise to update the numbers at the end of every round until the big final on December 18.

Mexico is represented in this list with Álvarez and Antuna, who hit the mark vs. Argentina.

Pellistri, Konaté and Ngom got their marks during the group stage, while Hernande and Kim Moon-hwan didn't want to miss the party and arrive during the Round of 16.

Here is a good bunch of speedsters. Afif is proof that Qatar was in the World Cup, while Martinelli and Aguerd are the only ones still in the race. Mendes? Although Portugal is still in the tournament, the fullback has been ruled out following a hamstring injury.

The latest addition to the eighth spot was the Senegalese Diatta, who improved the 34,7 km/h he hit in the group stage.

The Senegalese from AS Monaco showed how fast he could be against the Netherlands, while the Cameroonian shocked the Serbians with his speed.

Dembélé put his name on the list in the game between France and Poland in the Round of 16.

Kudos to Buchanan, who demonstrated that Alphonso Davies is not the only sprinter in Canada. And good job Nemanja, too.

Hakimi is known for his speed and he's still in the tournament to keep improving. The same goes for Watford winger Sarr.

Mbappé added his name to the list in the Round of 16 game vs. Poland.

"He burned my legs," said Matty Cash, the Polish defender trying to mark him.

Representing the USMNT, Jedi set his personal record in one of his 81 sprints against Wales. On the other hand, the Welsh James reached this speed in the game vs. Irán.

Bronze medal for the German fullback, who brought fire to his path against Spain.

Two wingers, two bolides. The Spaniard got his mark against Germany, while the Canadian wonder hit the number in one of his 57 sprints against Croatia.

The Rennes winger came off the bench against Uruguay in the last game of the group stage to become the fastest player at the World Cup so far.