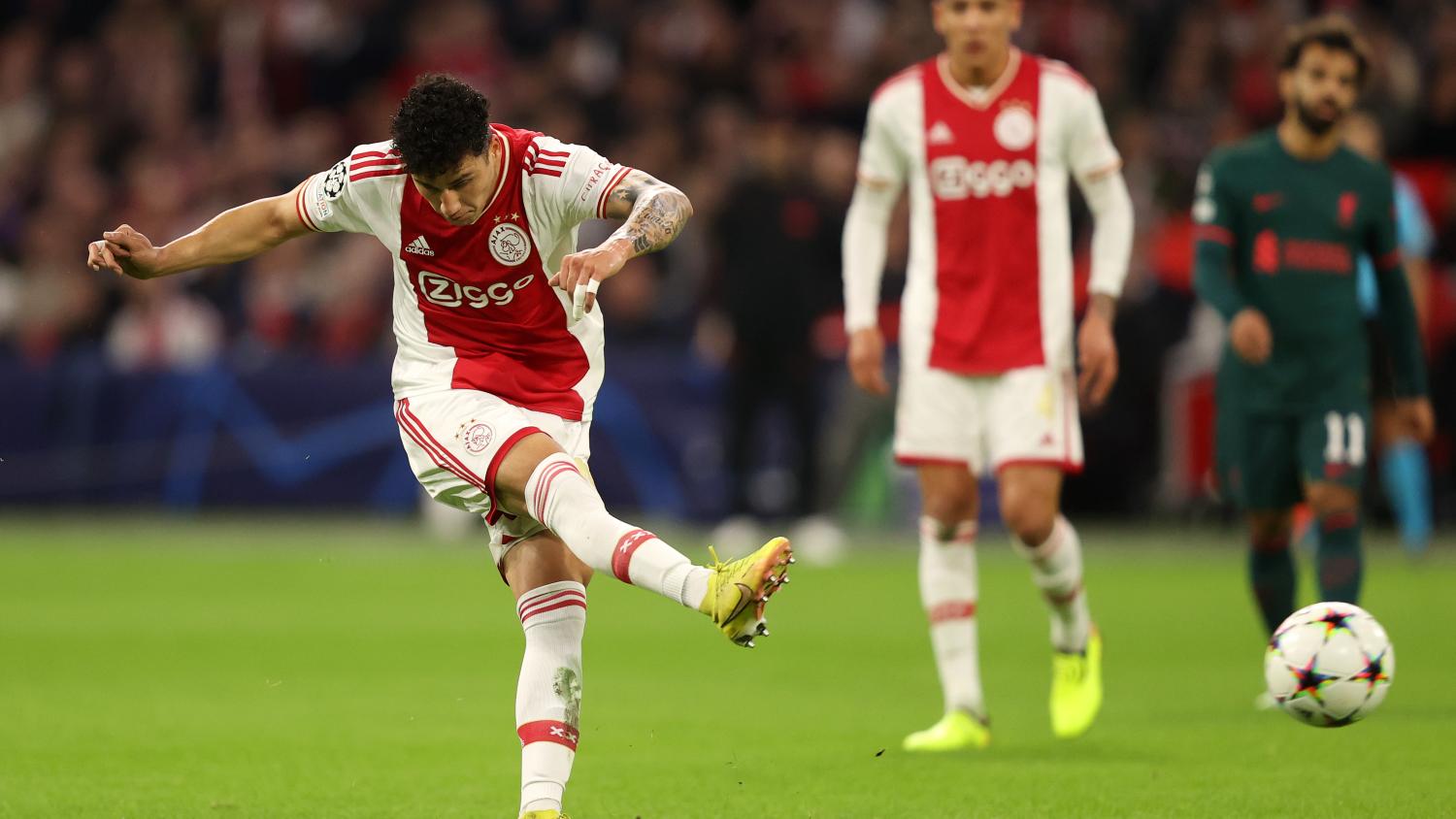 Their mistakes were crucial in Ajax's exit from the UCL.
Getty Images

Ajax is out of the Champions League. The Dutch team lost 3-0 against Liverpool at home on a night that only could be described as a nightmare for Mexican internationals Jorge Sánchez and Edson Álvarez.

Both started the game and helped to keep the Reds at bay during most of the first half. Sánchez even had a chance to put his name on the scoreboard, but Alisson easily controlled his shot.

Álvarez was not bad himself, showing off a few skills to explain why Chelsea, Manchester United and Barcelona are monitoring him.

However, everything collapsed before the break when Sánchez failed miserably in an attempt to clear the ball with his head and ended up enabling a Liverpool attack that Mohamed Salah didn't miss.

Ajax tried to put up a fight in the second half, but soon a new mistake from Sánchez allowed Darwin Núñez to score.

2-0 down, Ajax fans didn't take long to roast Sánchez online, saying his performance was a "disaster class" and pointing out that maybe his level is OK for the Eredivisie but not for the big nights in Europe.

Jorge Sanchez has to get taken off straight away. Absolute disasterclass and simply not good enough for Champions League nights.

Sánchez had already been criticized after a poor game against Napoli a couple weeks ago.

Liverpool scored the third goal of the night in the 51st minute. This time, Sánchez was not to blame but Edson Álvarez. The midfielder couldn't arrive on time to cover left fullback Daley Blind and Harvey Elliot didn't waste the opportunity.

Although Álvarez was trying to cover a hole left by another teammate, he definitely could have done better. On top of that, Álvarez's mistake came the same day former player Wesley Sneijder roasted him.

"He plays every ball backward or sideways. He's of no use," Sneijder said to Voetbal International. "Ajax should have taken him to London quickly. You could have signed two good players for the money Chelsea offered in the summer."

Napoli and Liverpool are on top of Group A and secured their spot in the round of 16. On the other hand, Ajax and Rangers are out and will fight for a spot in the Europa League when they face each other on Nov. 1 in the last group stage match.