Watch: Incredible Olimpico Scored With Outside Of Boot

An Olimpico goal is a sight to behold, especially at the highest level, where it’s nearly impossible to beat a goalkeeper with a shot straight off a corner kick. But this Leandro Carvalho Olimpico was something truly special.

Most Olimpicos are scored with the inside of the foot, where it’s easier to create the bend necessary to curl the ball into the goal from the corner. This Leandro Carvalho Olimpico is not like most Olimpicos.

Playing for Ceará in Brazil’s Serie A, Leandro Carvalho managed to whip in a shot with the outside of his foot, completely fooling Corinthians keeper Cássio.

The shot was struck so perfectly, it grazed the inside of the front post before maintaining its curl on the way into the back of the net. Cássio was a bit off his line, but not incredibly far that would make you assume he left himself vulnerable, especially when the corner kick was being taken with a right foot, which generally means an out-swinger.

It’s reminiscent of Roberto Carlos’ epic free-kick goal against France in 1997. Shots like this are not easy to pull off, otherwise you’d see them a lot more.

The Leandro Carvalho Olimpico wasn’t just an incredible goal, it was also a stoppage-time equalizer, as Ceará earned a 2-2 draw with Corinthians. And the celebration was top-notch as well, pulling out the classic shine-my-shoes bit. 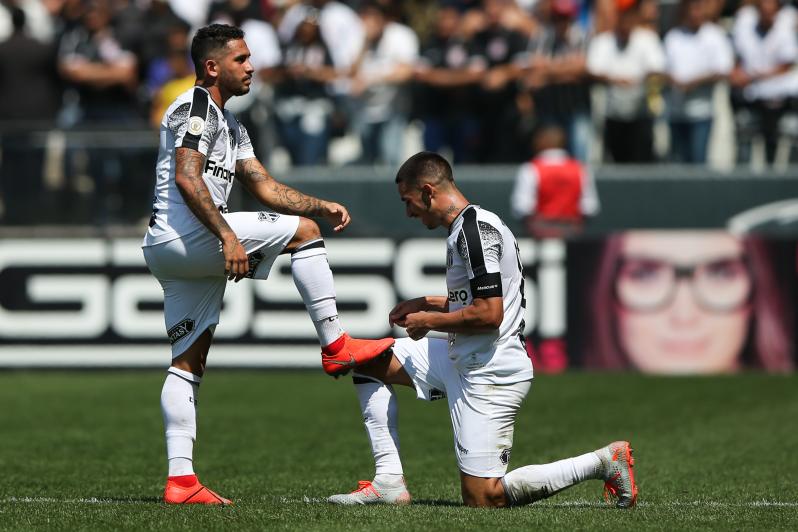