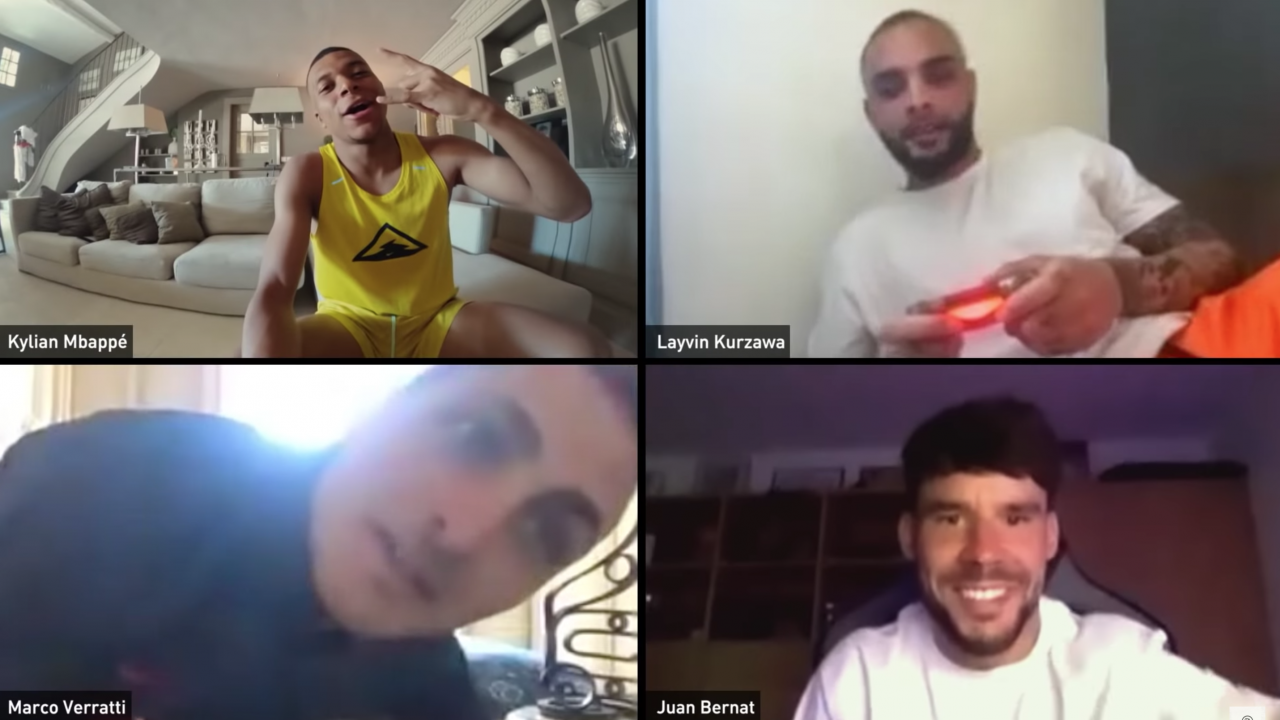 EA Sports dropped the first official FIFA 21 trailer on Thursday and it only could have been created during a pandemic, the likes of which the world has lived through for the past seven months.

FIFA trailers have often utilized both real-life footage and in-game assets, combining the two in an attempt to convince consumers this is the most realistic football game around. Last year’s player ratings reveal trailer featuring Kaká was one of our favorite FIFA trailers of all time.

Alas, we’re still in the midst of a global pandemic, which has kept video crews from filming traditionally. This brings us to the FIFA 21 trailer, which looks as though it was filmed by soccer players — and it probably was.

The official FIFA 21 reveal trailer features cover boy Kylian Mbappé, João Félix, Trent Alexander-Arnold and a few others playing FIFA, jumping into pools, playing ping-pong and kicking balls into the woods. All together it looks like something put together by amateur YouTubers, whether intentionally or not.

Even in spite of the grainy footage, it’s hard to not get hyped for the next FIFA. Yes, EA Sports just makes a few minor tweaks every year, but there’s something about booting up the latest edition that still manages to fill me with excitement.

Unfortunately, EA Sports seems to be doubling down on the Volta mode. FIFA 20 introduced Volta to add a sort of street football mode. We loved the idea, but the execution failed at the most fundamental level — it just wasn’t fun.

Really though, it’s probably just EA Sports trying to convince governmental legislators in the EU and U.S. that the FIFA series isn’t what it actually is: a casino for FUT. Most FIFA players these days just want to play FIFA Ultimate Team, often putting in insane amounts of money to get the players they want. If EA Sports makes a trailer that barely references FUT, then how can they be accused of running a casino that rarely pays out decent cards?

Anyway, FIFA 21 comes out on Oct. 9 on PS4, Xbox and PC. The new features are blah blah gameplay this, blah blah graphics that and once again nothing substantial for Career Mode.

In a rare instance of Electronic Arts doing something nice, you’ll be able to upgrade your copy from PS4 or Xbox One to PS5 or Xbox Series X, respectively, for free if you buy the next-gen consoles when they come out later this year.