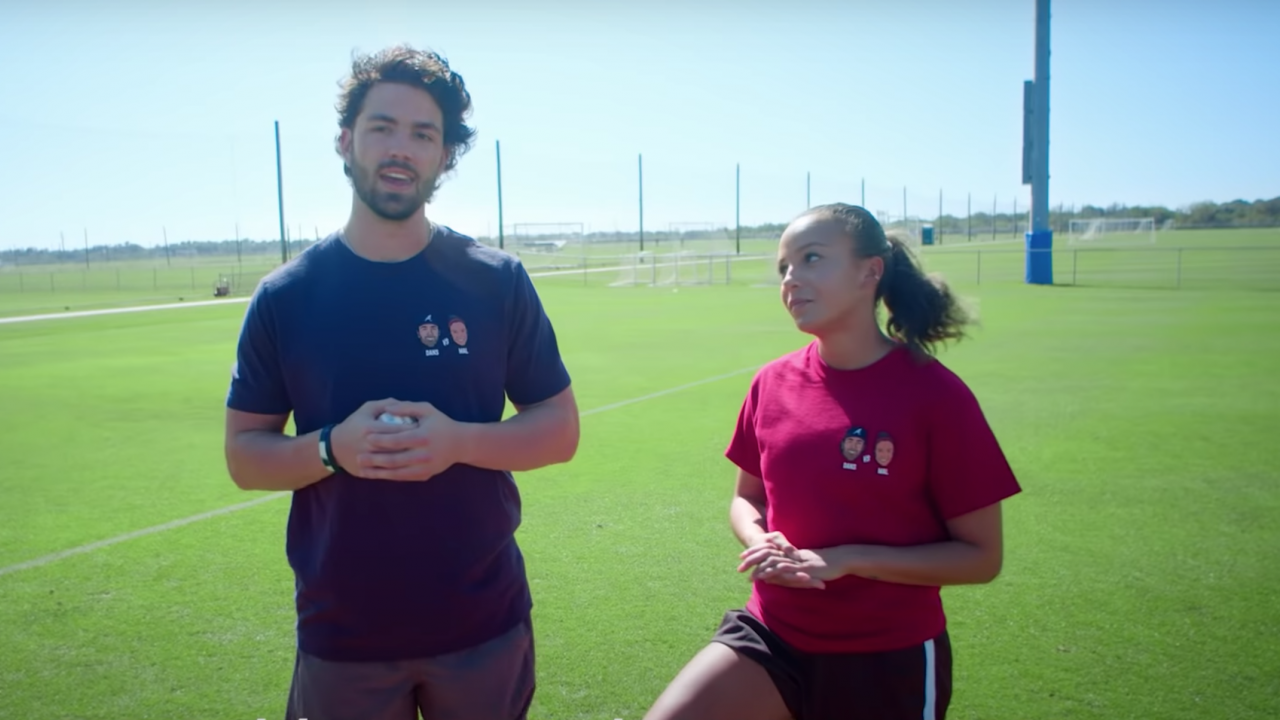 Who’s a better athlete, a professional soccer player or a pro baseball player? Mal Pugh and her baseball-playing boyfriend set out to scientifically prove who is the better athlete.

Pugh, the young USWNT star who scored in and won her first Women’s World Cup last summer, is dating Atlanta Braves shortstop Dansby Swanson. The sports power couple was featured in a recent video on MLB’s YouTube page pitting the two against each other in a series of challenges.

The video above shows the pair competing in soccer, baseball, yoga and basketball challenges. The final challenge was clearly well-thought out by all involved to settle the score once and for all as to which partner is the better athlete.

Find out who’s the better athlete in and enter our sweepstakes for a chance to win my custom cleats and help an amazing cause. All proceeds will go to the charity @goodsportsinc

(The Mal Pugh boyfriend video was filmed prior to the novel coronavirus pandemic, so don’t worry about the lack of masks and social distancing.)

The competition was actually surprisingly fierce, but because it was produced by MLB it was obviously slanted toward the baseball player, and Swanson won the challenge. But we think that last tie-breaking challenge was BS and demand a recount.

If you’re one of the folks who care about MLB, Swanson will return to playing with Atlanta next week. Pugh meanwhile plays in a league that’s been back for a while. Her Sky Blue will open the knockout rounds of the NWSL Challenge Cup on Saturday against her former team, the Washington Spirit.