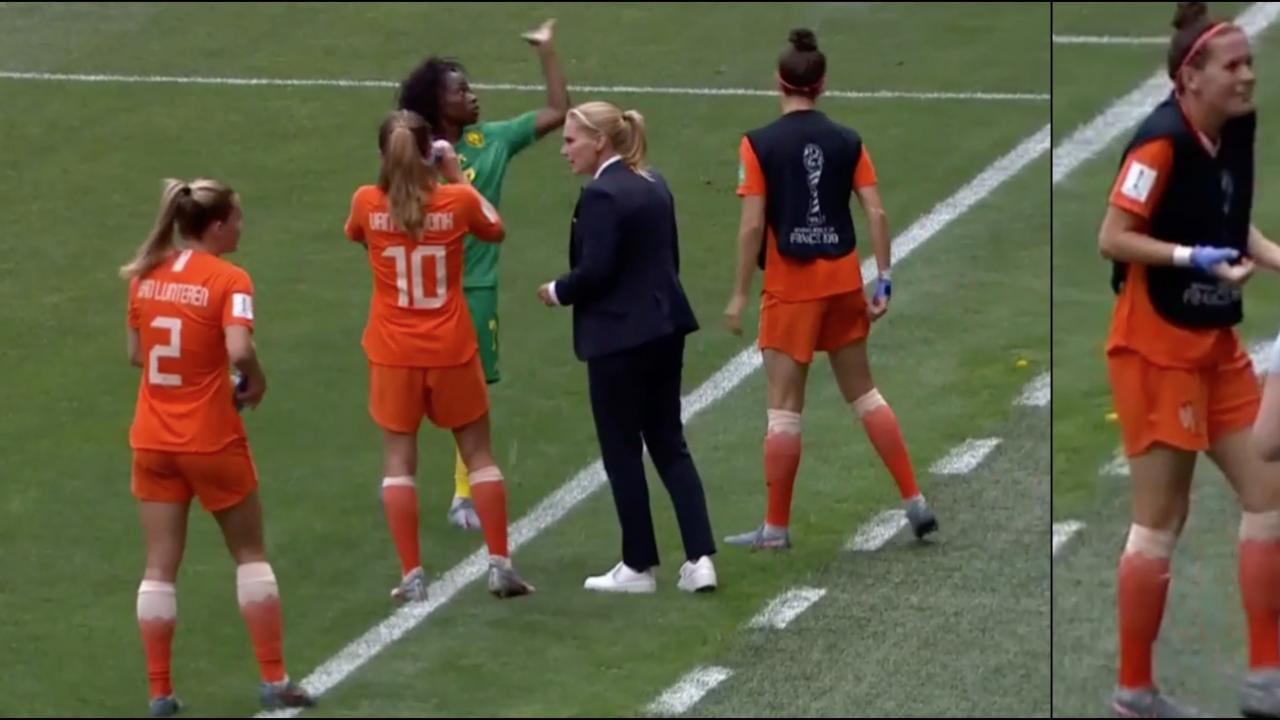 Cameroon winger Gabrielle Aboudi Onguene scored her country’s first goal of the Women’s World Cup in a 3-1 loss to the Netherlands on Saturday.

Moments before her goal, she pissed off the entire Dutch bench with what’s either a hilarious piece of gamesmanship or an awful display of sportsmanship.

Video shows Aboudi Onguene repeatedly asking the Netherlands bench for a drink of water in the 43rd minute, right after the Dutch had taken a lead through Vivianne Miedema.

Leeuwinnen right back Desiree van Lunteren appears to either not understand Aboudi Onguene’s request or straight up refuse her, so another Dutch player comes off the bench to hand the Cameroonian some water. The No. 7 responds by tossing the water bottle into the air.

The Netherlands players were left bewildered.

The wildest part is that Aboudi Onguene scored moments after this little charade, netting Cameroon’s only goal in this Women’s World Cup so far.

So, was this fair or foul from Aboudi Onguene? No one would call her actions sporting, but she didn't hurt anyone and she was denied water by van Lunteren and earlier in the match had to receive treatment on the pitch after a heavy challenge from Sherida Spitse.

The match was particularly physical, especially in the first half. Both sides were flinging arms and elbows and somehow this only received a yellow card.