It’s still early days at the 2018 Copa America Femenina (which also serves as CONMEBOL qualifying for the 2019 Women’s World Cup), but six-time champion Brazil has reinforced its status as the favorite with opening victories against Argentina (3-1) and Ecuador (8-0).

Brazil’s 8-0 rout of Ecuador on Saturday showcased the quality of the world’s eighth ranked team, with both Cristiane and Beatriz scoring braces while additional goals were provided by the Andressinha (Portland Thorns), Formiga, Rafaelle and Debinha (North Carolina Courage).

A number of the strikes had that Joga Bonito quality with Orlando Pride star Marta pulling the strings in midfield and providing three assists. 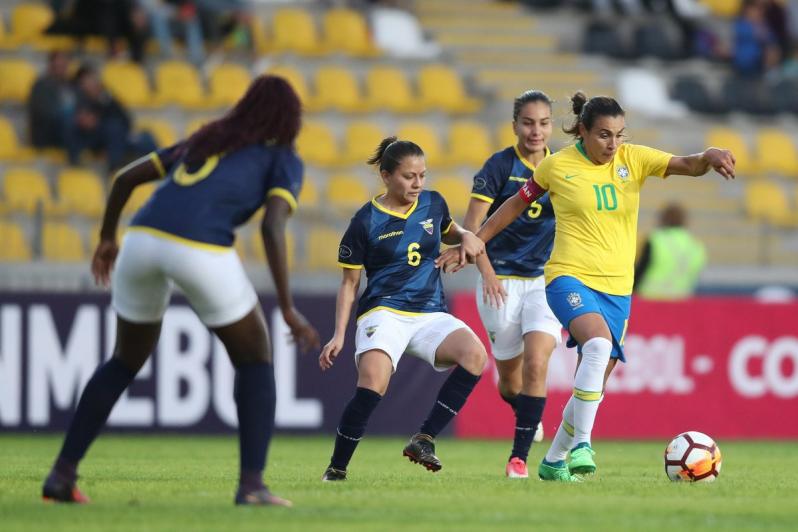 While Brazil is currently sitting atop Group B, the Seleção look destined to eventually lock horns with Group A leader Colombia for the title. The top two finishers qualify directly for the 2019 World Cup while third place must contest a playoff with the fourth-place finisher from the 2018 CONCACAF Women’s Championship.