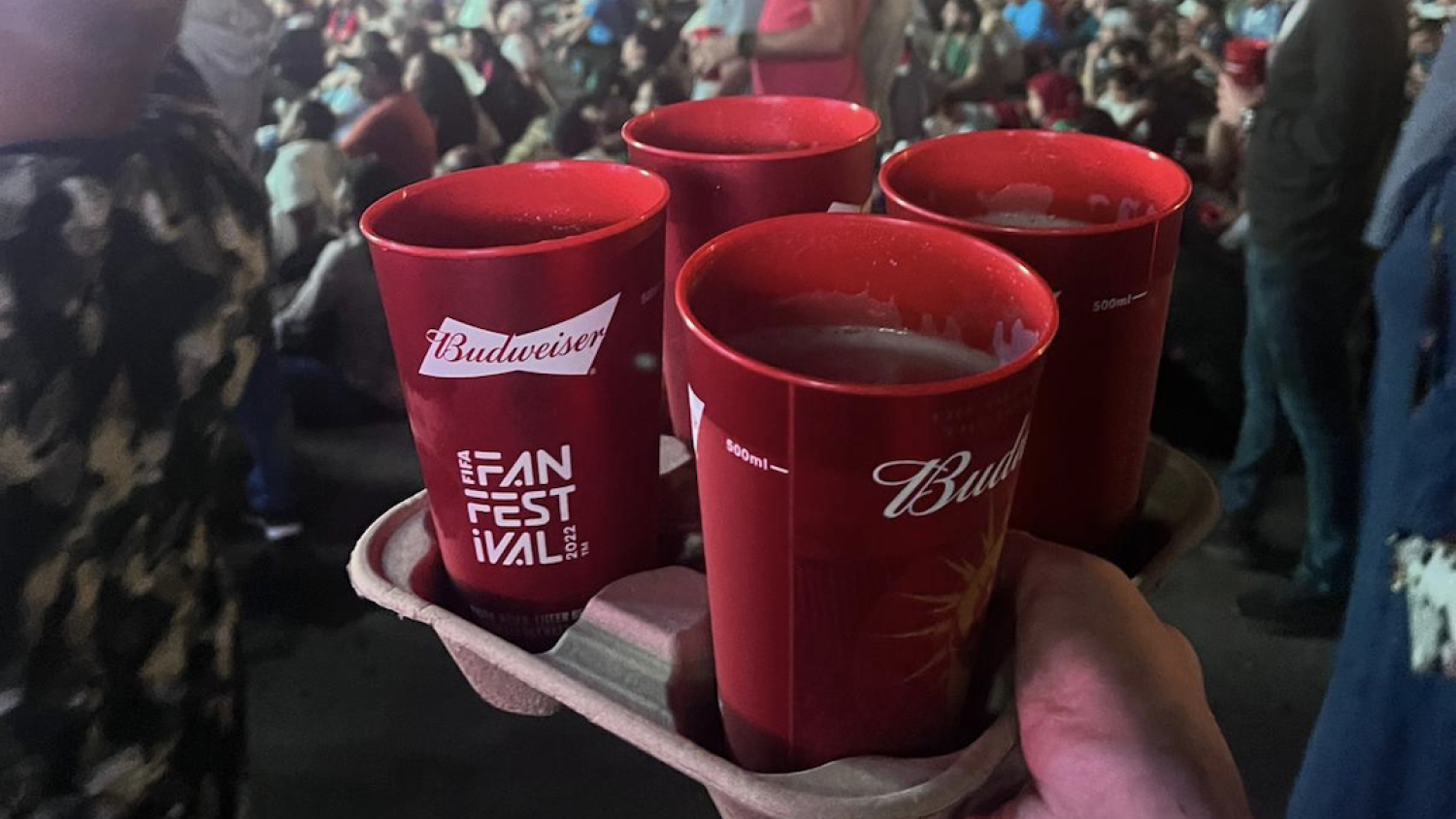 Beer isn't sold at the stadiums but it's available.
Paul Lieser

When FIFA awarded Qatar the World Cup back in 2010, concerns raised over the degrees of change the conservative country would go through in welcoming the world. My American peers expressed one main inquiry when I shared my plan to travel for the Cup: How will you drink beer over there?

I didn't have the answer before I left. FIFA had stated no beer at any of the games. A few months before the tournament, and to many fans’ gleeful surprise, FIFA announced beer would be sold at stadiums. The carpet was then yanked back from underneath their main sponsor, Budweiser, as Qatar pulled out of this agreement and declared no beer at stadium venues. The back-and-forth only further muddied the waters on how I could answer my friend’s question.

On our first night in town, my group wandered the busy streets of Bin Mahmoud in Doha, prowling for a cold one. Restaurant owners stood outside their storefronts preparing last minute World Cup décor. We sought them to have an answer to our thirsty need, but they didn’t sell any nor were of help in recommending where to go.

We found a nightclub in a nearby hotel, Club Vertigo, and decided this was our best bet. On arrival to a red carpet outside, tuxedo-clad employees noticed our USA t-shirts and our clear sense of confusion. They helped register us in for the club and handed us all two tickets, each worth a beer or combined for one cocktail. We ascended to the top of the 28 story hotel where the Cameroon team was staying. The club was incredibly loud, and sure enough, a full bar paved the entryway. 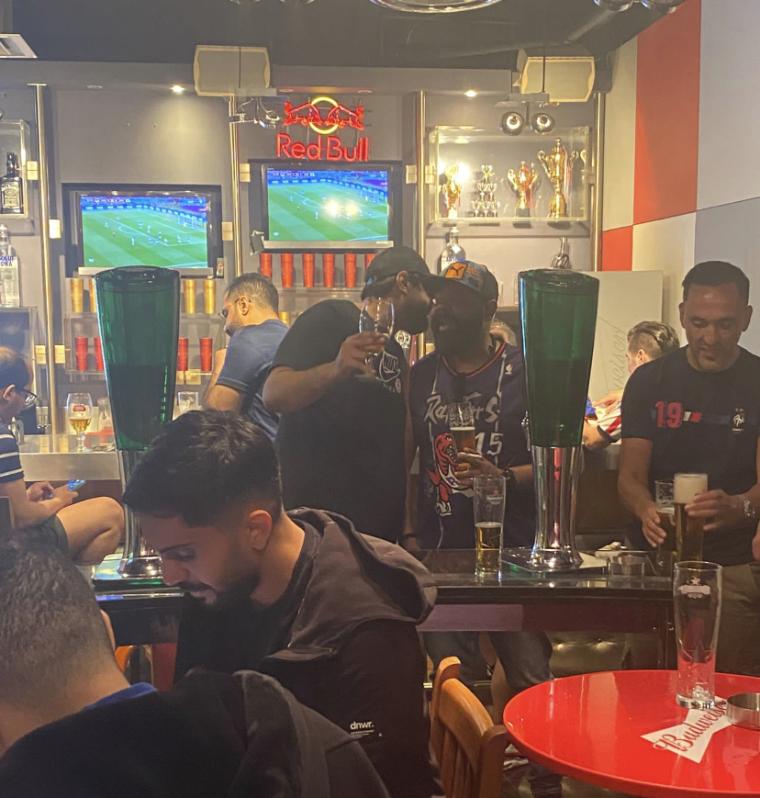 We now had the answer to acquiring beer in Qatar: hotels.

Some FIFA events staged for the tournament like Arcadia Music Festival and the FIFA Fan Festival serve Budweiser, but only after 7 PM. 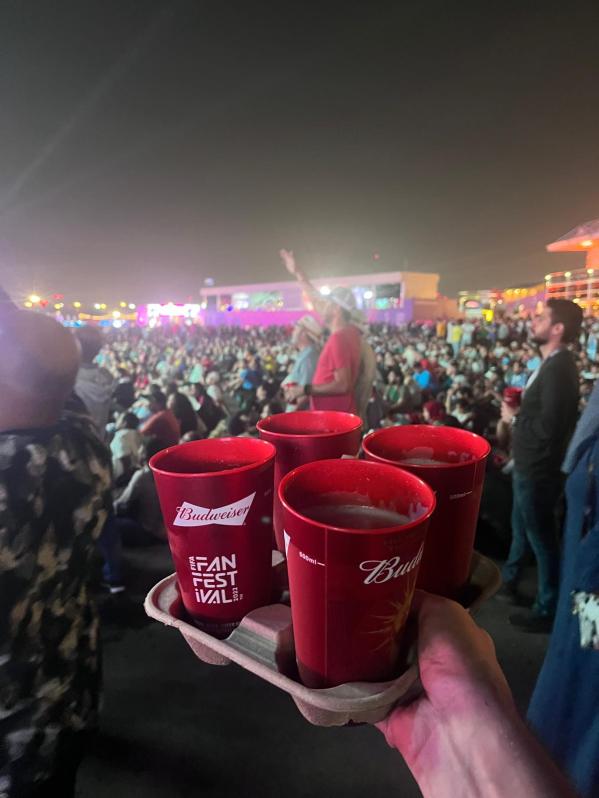 I met an American expat living on Pearl Island, or the Venice of Qatar, over the past four years. He explained there exists one department store where you can purchase alcohol at a 200% taxation rate but you have to be a registered Qatari resident for at least one year to do so.

Certain districts in the city, like downtown West Bay, have dozens of hotels so there’s no shortage of locations to buy alcohol. A lot are themed to match an American sports bar or an Irish pub. Throughout the tournament these establishments are packed full of world soccer fans who have also found the answer for a little taste of home. Neither convenient nor cheap, cold beer exists for the world to enjoy in Qatar. 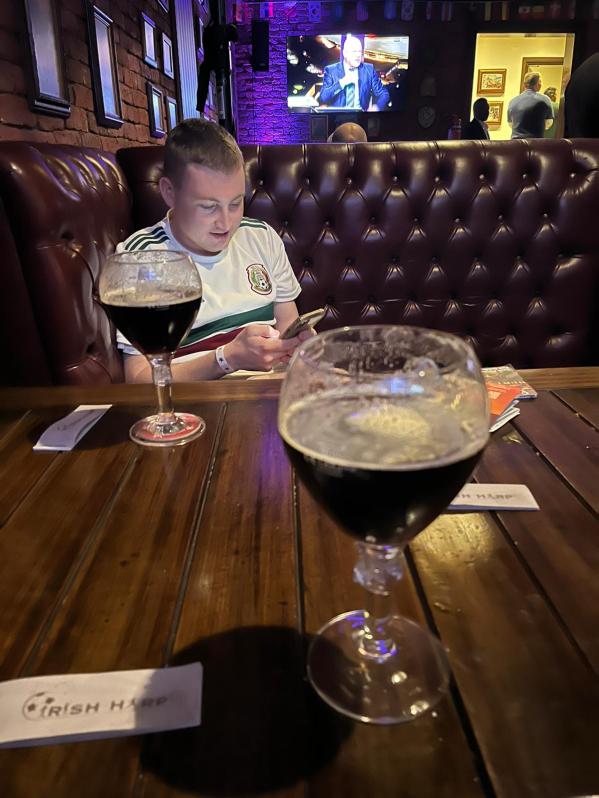