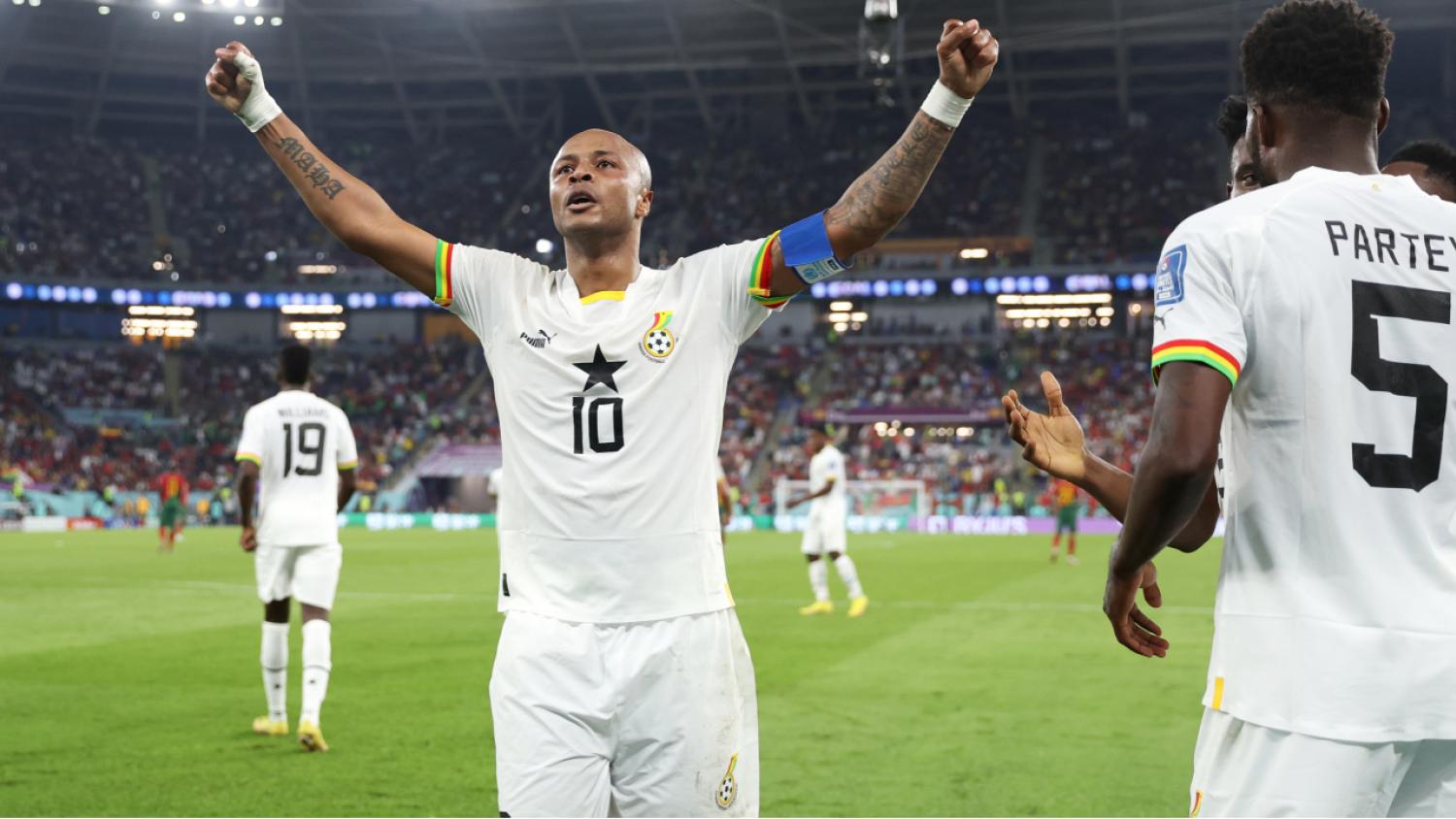 Qatar’s World Cup has provided fans with the highest of highs and the lowest of lows in just four matchdays. For African nations, it had been nothing but low until André Ayew scored the continent’s first goal of the tournament with Ghana’s opener against Portugal.

It took five matches for African sides to find the back of the net with Senegal, Tunisia, Morocco and Cameroon all being held scoreless in their opening fixtures. Ghana looked set to continue the drought until the 73rd minute, when Mohammed Kudus found space on the left side of the penalty area and speared a cross into the six-yard box. Ayew, who plays his club soccer in Qatar for Al Sadd SC, scored with a tidy finish from close range to level it at one apiece.

João Félix and Rafael Leão each scored another goal, ensuring the Black Stars fell just short despite Ghana adding a second at the death through Osman Bukari. A wild finish ensued but ultimately, Portugal left with all three points and a 3-2 win.

GHANA TAKES ONE BACK pic.twitter.com/iKqjAwOqfF

Ghana’s two goals mean that CONCACAF teams scored the fewest goals in the first round of any confederation represented at the tournament. Canada, Costa Rica and Mexico were all held scoreless in their opening matches, while the United States scored just once.

Otto Addo’s side faces South Korea in their next match and will need solid points if qualification for the knockout round is to happen. The Black Stars showed their ability to contend with a very good Portugal side but will be looking forward to Monday to get their World Cup campaign back on track.