Watch: Richarlison goal is one of the best you will ever see 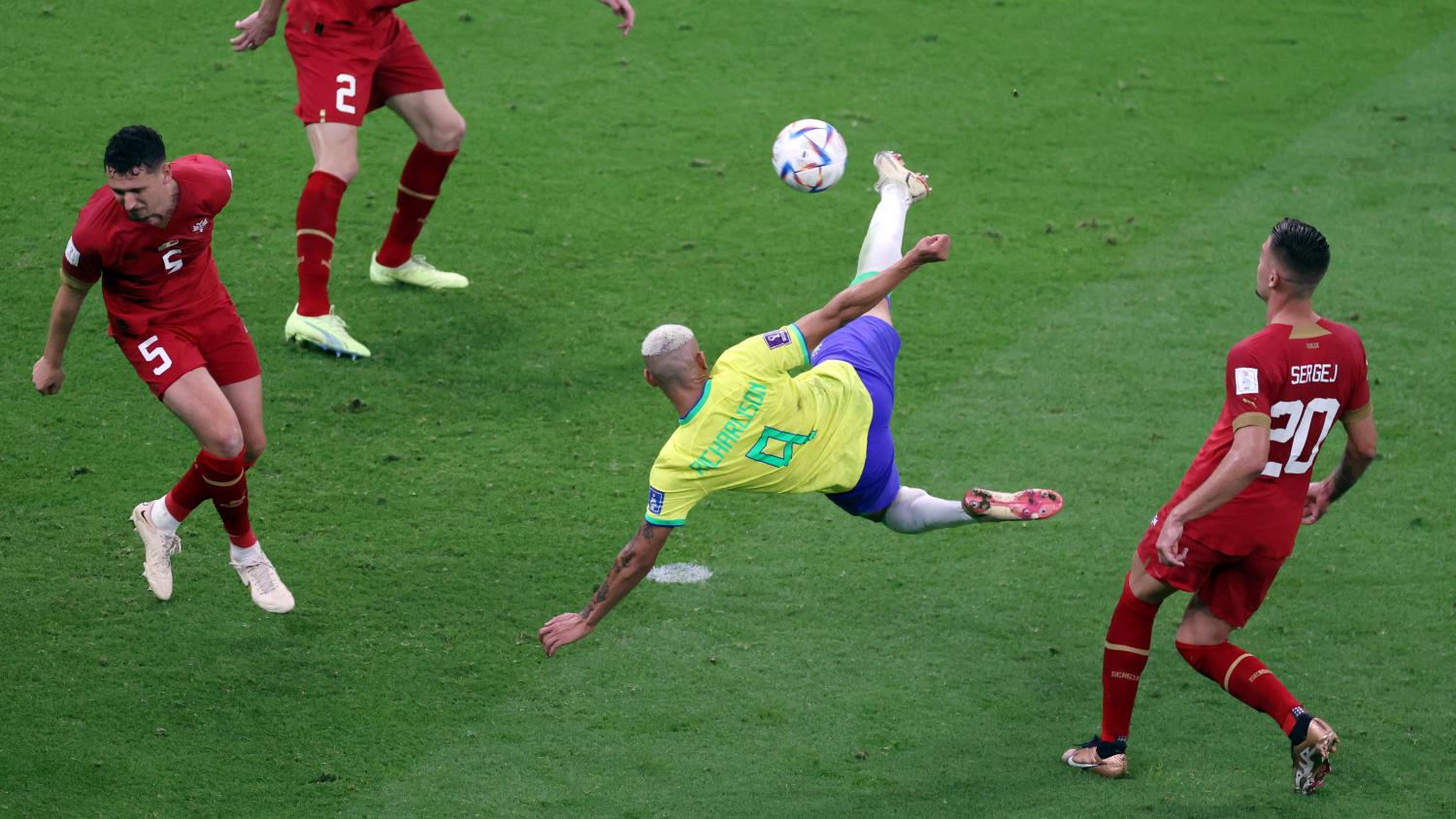 Sit down. You need to watch this Richarlison goal immediately.
Getty Images

Richarlison, take a bow. There are few words that could possibly do this goal justice. After a difficult first half, Richarlison firmly stamped his name on the match with one of the all-time great World Cup goals.

“Samba Soccer at its absolute best,” according to Stu Holden. “That is Joga Bonito. That is the Beautiful game,” added Jon Strong.

Richarlison, in his first World Cup appearance for Brazil, scored his second goal of the match with a beautiful overhead kick that will live forever, and deservedly so.

Vinicius Jr. sent the ball into the box with a brilliant travela and Richarlison controlled, contorted his body, and fired home into the bottom corner. The game seemed destined for a moment of magic but no magician could have conjured up anything half as sublime as the Tottenham forward.

ARE YOU SERIOUS RICHARLISON?! pic.twitter.com/FQX0f45byh

GOAL OF THE TOURNAMENT CONTENDER

What a goal by Richarlison to put Brazil up 2-0 pic.twitter.com/G14JWN2ek0

Serbia rose to the challenge in the first half, frustrating a Brazil side that many back for World Cup glory this year. Defensive rocks Strahinja Pavlović, Nikola Milenković and Miloš Veljković stumped Brazil’s supreme attack for the entire half, despite the Seleção controlling the play for much of the first 45 minutes.

Brazil’s struggles continued into the second half, with multiple clear chances squandered, until Richarlison pounced on a rebound from close range to give his side the lead.

Neymar drove into the box drawing in the Serbian defense and allowing Vinicius to have a shot from a difficult angle. Keeper Vanja Milinković-Savić managed to get a hand to it but could only keep Brazil off the scoresheet momentarily before Rischarlison finished the move for his first goal on the night.

It finished 2-0 with a moment in history for Richarlison and a day he will never forget.