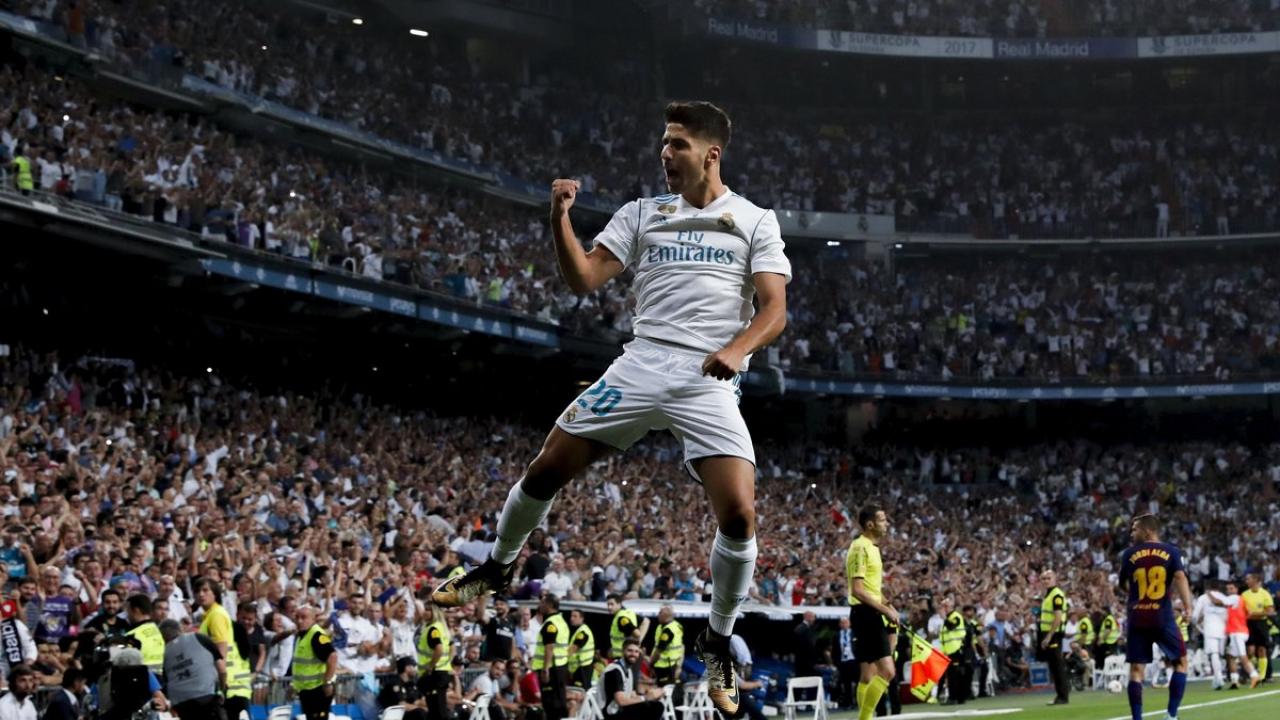 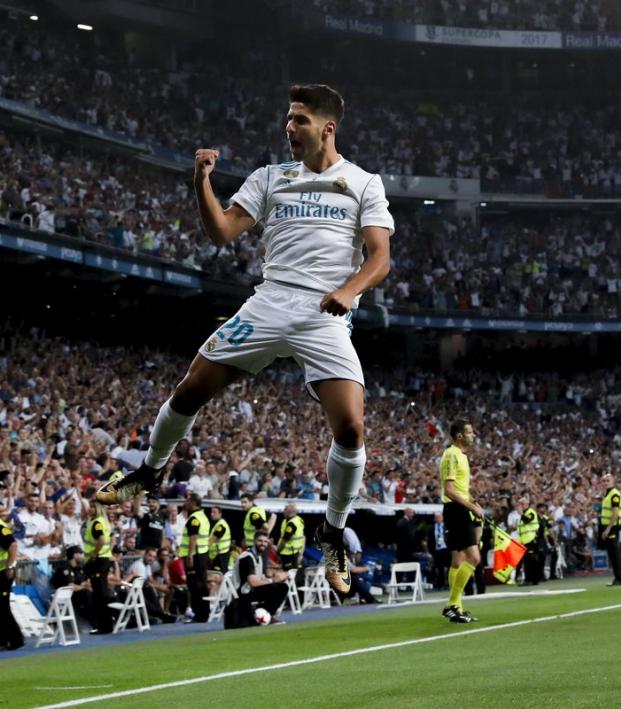 Marco Asensio Is Incredible. Will He Even Start Once Cristiano Ronaldo Comes Back?

Sam Klomhaus September 5, 2017
21-year-old Marco Asensio has been Real Madrid's best player so far this season, but that might not be enough to keep him in the starting lineup.

Real Madrid's leading scorer so far this season is 21-year-old Spain international Marco Asensio, who has four goals in all competitions.

Asensio is the next great long-range shooter, having torn up Barcelona and Valencia for sagging off him. He's clearly an incredible talent and will be one of the world's best attackimg midfielders sooner rather than later, if he isn't that already.

The reason Asensio has been able to shine so brightly is the absence of Cristiano Ronaldo, who was handed a five-match suspension for shoving a referee in the first leg of the Spanish Super Cup. His good form earned him a start in Spain's World Cup qualification thrashing of Italy, where he played well.

You know who was even better against Italy, though? Isco. Isco scored twice and controlled the whole game. On current form Isco just might be the best player in the world, and has displaced Gareth Bale in Real Madrid's lineup.

Assuming Real Madrid go with their standard 4-3-3 and the midfield of Casemiro, Toni Kroos and Luka Modric remains unchanged (and really, why would you change it?), when Ronaldo comes back one of Isco, Ronaldo or Karim Benzema would have to sit to make room for Asensio.

The most likely candidate is Benzema, who, even though he missed a sitter against Valencia in Real Madrid's last league match (a draw in which Asensio scored twice), is one of the best strikers in the world. Isco is probably safe because Real Madrid just look better with him on the field, and Cristiano Ronaldo is safe because he's Cristiano Ronaldo.

Zinedine Zidane has shown he has no problem sitting his stars for younger players in better form, but will that be the case with Asensio? Cristiano Ronaldo has two games left in his suspension for us to speculate.