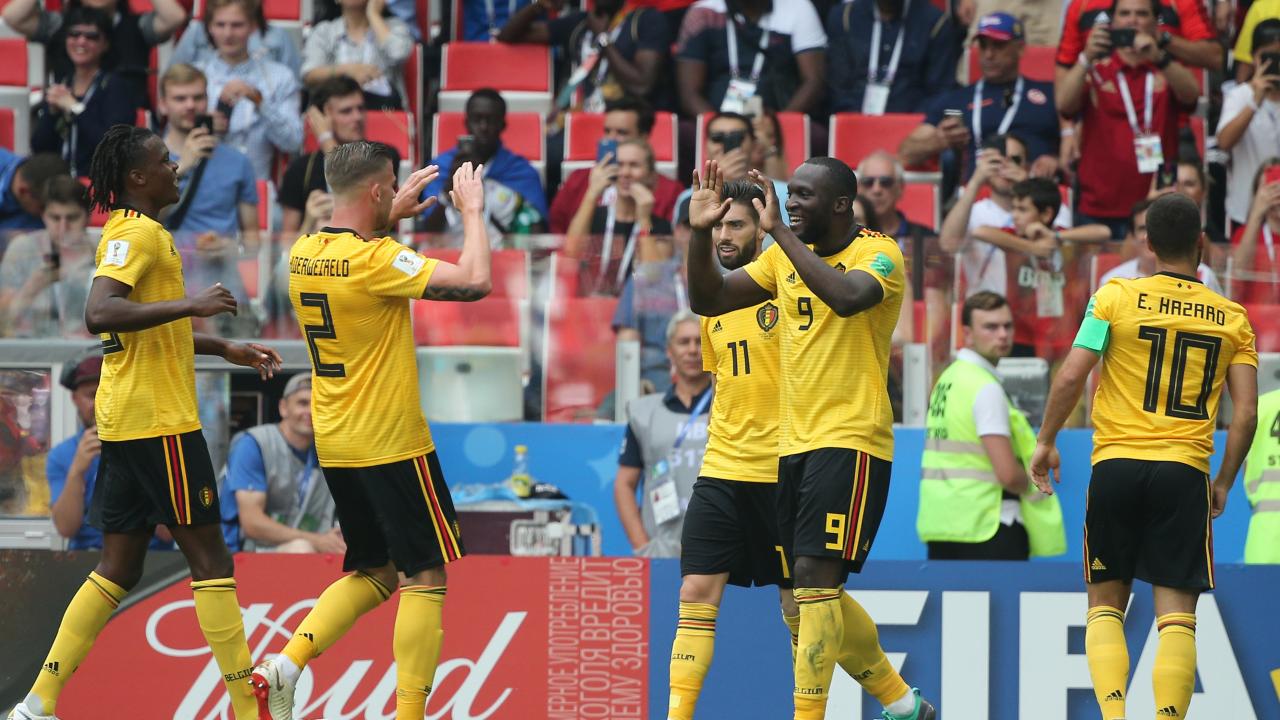 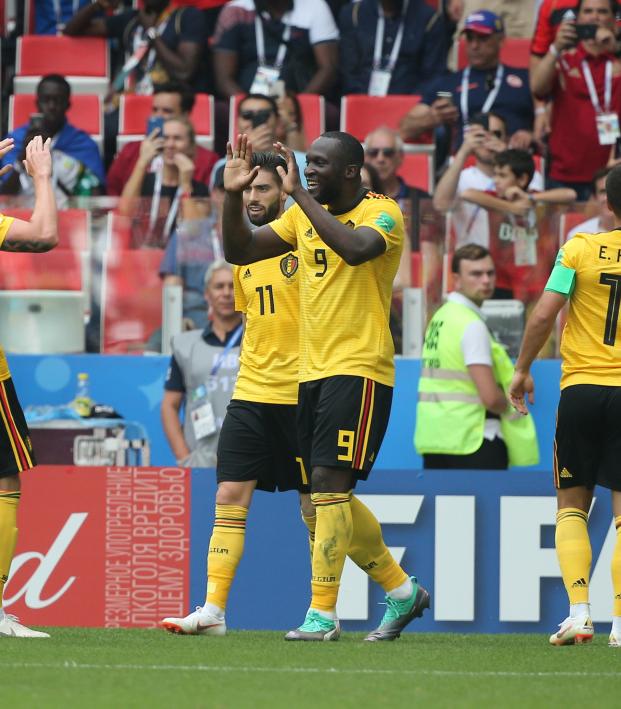 Travis Yoesting July 6, 2018
From Brazil to Russia, we run through how each nation can be the last team standing.

With eight teams left in the 2018 World Cup, every remaining nation has done something to deserve to be at this point. While the path has been easier for some teams, to reach the quarterfinals is no easy feat. At this juncture, picking a World Cup predicted winner is difficult because every team left could win it.

From the unfancied host Russia to the favored Brazilians, all eight teams are three wins away from lifting the Jules Rimet Trophy in Moscow on July 15.

Here is why each of the eight remaining teams can win the World Cup — and why they won’t.

La Celeste cruised through an easy Group A with wins over Egypt, Saudi Arabia and Russia. They then beat Cristiano Ronaldo’s Portugal 2-1 in the Round of 16. Uruguay and Belgium are the only teams with four wins from four matches thus far (advancing on penalty kicks counts as a draw).

Why Uruguay Will Win The World Cup

One area in which no team can match Uruguay is its center back pairing. Diego Godin and his Atletico Madrid teammate Jose Gimenez make up the best defender duo in the tournament. If anyone can lock down the likes of France’s front line or Brazil’s maestros, it’s Uruguay.

Uruguay also features one of the most dangerous strikers in the world: Luis Suarez. While Suarez is just as likely to do something crazy as he is to score, he gives La Celeste an edge few teams have.

Edinson Cavani scored a brace against Portugal but had to be helped off (by Ronaldo) before the end of the match. Cavani and Suarez’s relationship playing up front together is part of what makes Uruguay so dangerous going forward. Without him, Uruguay will be unable to keep up with the firepower of France or Brazil.

France never had to get out of first gear in the group stage, beating Australia and Peru before drawing with Denmark to win the group. But all that changed against Argentina, when Les Bleus showed how potent they can be with a 4-3 win.

Why France Will Win The World Cup

When it comes to talent and depth at all corners of the pitch, no one can match France. Perhaps the weakest link in the starting XI is goalkeeper Hugo Lloris, but he’s among the top 10 players in the world at his position.

With Antoine Griezmann, Kylian Mbappe, Ousmane Dembele and Olivier Giroud up front and Raphael Varane and Samuel Umtiti at the back, France has some of the best players on offense and defense. But what makes France so special is the midfield, with N’Golo Kante covering every blade of grass and Paul Pogba running the show.

Add in depth at every position (did you see what right back Benjamin Pavard did against Argentina?), France has what it takes to win the World Cup.

Despite all the talent available to France coach Didier Deschamps, Les Bleus have an absolute murderer’s row of matches just to reach the final. After dispatching Argentina, France must face a Uruguay team that has done nothing but win, then either Brazil or Belgium in the semifinals, the only two teams that can match France in attacking talent. Whoever comes out of the opposite side of the bracket will have had a much easier time reaching the final than France.

The Seleção are on a mission. After losing to Germany in the 2014 semifinals, everything has led up to this moment. Slow starts against Switzerland and Costa Rica were followed by comfortable 2-0 wins over Serbia and Mexico.

Why Brazil Will Win The World Cup

Brazil has the best player left in the tournament — Neymar. The PSG forward has attempted more shots than anyone else to go with two goals and an assist. When he is able to stay on his feet (he gets the shit knocked out of him every match, though he embellishes a bit too much), he is better at creating something out of nothing than anyone else in the world.

Plus, Brazil’s defense is sneaky good right now. Since a set-piece goal against Switzerland, one that VAR probably should have disallowed, the Seleção have not allowed a goal. Combined with a powerhouse midfield, it seems likely Brazil will add to its record five World Cup titles.

Brazil can be a bit too reliant on a handful of players. We saw in 2014 what happens when Thiago Silva is removed from the defense and most of Brazil’s goals have come from the brilliance of Neymar or Philippe Coutinho. Add in injuries and suspensions, (Casemiro will be out against Belgium) and the Seleção are closer to elimination than many think.

Along with Uruguay, Belgium is the only other team to have four wins in Russia this year. The Red Devils easily dispatched Panama and Tunisia before beating England 1-0 in a match no one wanted to win. Belgium fell behind Japan 2-0 before rallying for a 3-2 victory in the Round of 16.

Why Belgium Will Win The World Cup

Few would argue this is the greatest assembly of players in Belgium’s history. Across the board, there is an obscene amount of talent, from Chelsea’s Thibaut Courtois in goal to Manchester United striker Romelu Lukaku.

What makes this group special is difference makers like Kevin De Bruyne and Eden Hazard — probably the best duo at creating opportunities both for themselves and others in this tournament. Add in a pair of club teammates at center back and this is without a doubt Belgium’s best opportunity to win a World Cup.

Belgium’s four wins so far have come against teams with far less talent, or talent that was far less interested in winning. Japan showed how vulnerable Belgium can be and more talented teams will not allow a comeback from two goals down.

The host nation shocked everyone with 5-0 and 3-1 wins over Saudi Arabia and Egypt, respectively. A 3-0 loss to Uruguay seemingly spelled the end of the magical run, but Russia somehow outlasted Spain in a shootout to reach the quarterfinals for the first time since the breakup of the Soviet Union.

Why Russia Will Win The World Cup

Seeing as how Russia has made it this far, it appears as though FIFA is not drug testing Russia. It would be more of a surprise if the country with the greatest history of cheating in global sports wasn’t cheating than if it was cheating. Sergei Ignashevich, a 38-year-old center back, has played every minute of the World Cup so far; is he playing fairly?

With the aid of doping, there’s no limit for this Russian team. And being on the easier side of the bracket, wins over Croatia and England are all that stand between the Sbornaya and the final in Moscow.

If the Russians are not doping, they have no chance to win the World Cup. A defensive game plan worked against a Spain side without a coach or a Plan B, but Croatia has both. Even if Russia did make it to the final, not even Vladimir Putin would believe if his country could win a World Cup fairly.

No team impressed more in the group stage than Croatia, with wins over Nigeria, Argentina and Iceland. The Blazers had to sweat it out in penalty kicks against Denmark, but not even Kasper Schmeichel could deny Croatia from the spot.

Why Croatia Will Win The World Cup

No team in the World Cup has a better midfield than Croatia. While Brazil and France have incredible talent, the duo of Luka Modric and Ivan Rakitic is unmatched. Add in the likes of Mateo Kovacic, Marcelo Brozovic and Ivan Perisic, and this midfield is scary good.

Croatia also has an experienced striker who will never quit in Mario Mandzukic and an underrated defense. Add in the easy path of Russia and either Sweden or England to reach the final, and you have to like the chances of the 1998 runner-up.

Entering the quarterfinals, Croatia has eight players on yellow cards. While yellow cards are wiped after the quarterfinals, any of those eight could miss the semifinals, including Rakitic and Mandzukic. Also, Croatia looked tired against Denmark and the matches aren’t slowing down. While there are six days in between the Round of 16 match with Denmark and the Russia clash, Croatia will have just four days to recover for a possible semifinal. The Blazers don’t have the depth of many of the squads on this list.

The Blågult shook up the tournament by finishing first in Group F, knocking Germany out in the process thanks to wins over South Korea and Mexico. Though Sweden lost in the final moment to Germany, the Swedes never looked like conceding in a 1-0 win over Switzerland in the Round of 16.

Why Sweden Will Win The World Cup

No 23-man roster more embodies the team aspect of the sport than Sweden. Since the international retirement of Zlatan Ibrahimovic, Sweden continues to overcome expectations despite not having any real star players.

After keeping the Netherlands and Italy out of the World Cup, Sweden helped knock out Germany. Although its defensive record isn’t the best at this tournament, no team is harder to break down than the Blågult and they’re just clinical enough when they do go forward to beat any team.

Sweden has been impressive throughout the World Cup (and qualifying), but it takes more than solidity and teamwork to win the world’s biggest tournament. While Sweden won’t be scared of England or Russia/Croatia, a matchup in the final will be too much to ask for a team without any stars.

The Three Lions turned their country into believers by beating up on Tunisia and Panama, neither of which is any good. A loss to Belgium was beneficial to be placed on the easy side of the bracket and England was aided by an injury to James Rodriguez to reach the quarterfinals.

Why England Will Win The World Cup

There’s just something different about this Three Lions team this World Cup. In the past, massive expectations have been heaped on star-studded teams that flame out far too early. But few English fans bought tickets for this year’s tournament, a sign of waning hopes.

After beating up on the JV teams of the tournament, England raised hopes by actually winning a World Cup shootout for the first time after three failed attempts. Fans are beginning to believe and the players have a quiet confidence in stark contrast to the wobbly conviction of past teams.

With Harry Kane leading the Golden Boot race, a handful of exciting, young attacking players behind him and a defense that is somewhat solid, this could finally be the year England wins a World Cup without the aid of playing at home.

Like Belgium, England has yet to show it can beat a good team. A win over a Colombia without James is like beating the Bulls in the '90s without Michael Jordan — who cares? Plus, the Three Lions have been far too reliant on penalties and set pieces to score; just one of nine goals have come from the run of play (we’re not including that crap goal that deflected off Kane’s leg).

Plus, it’s England. C’mon, you don’t really think they’re actually going to do something good, do you? They’re just building up their fans for the inevitable heartbreak.