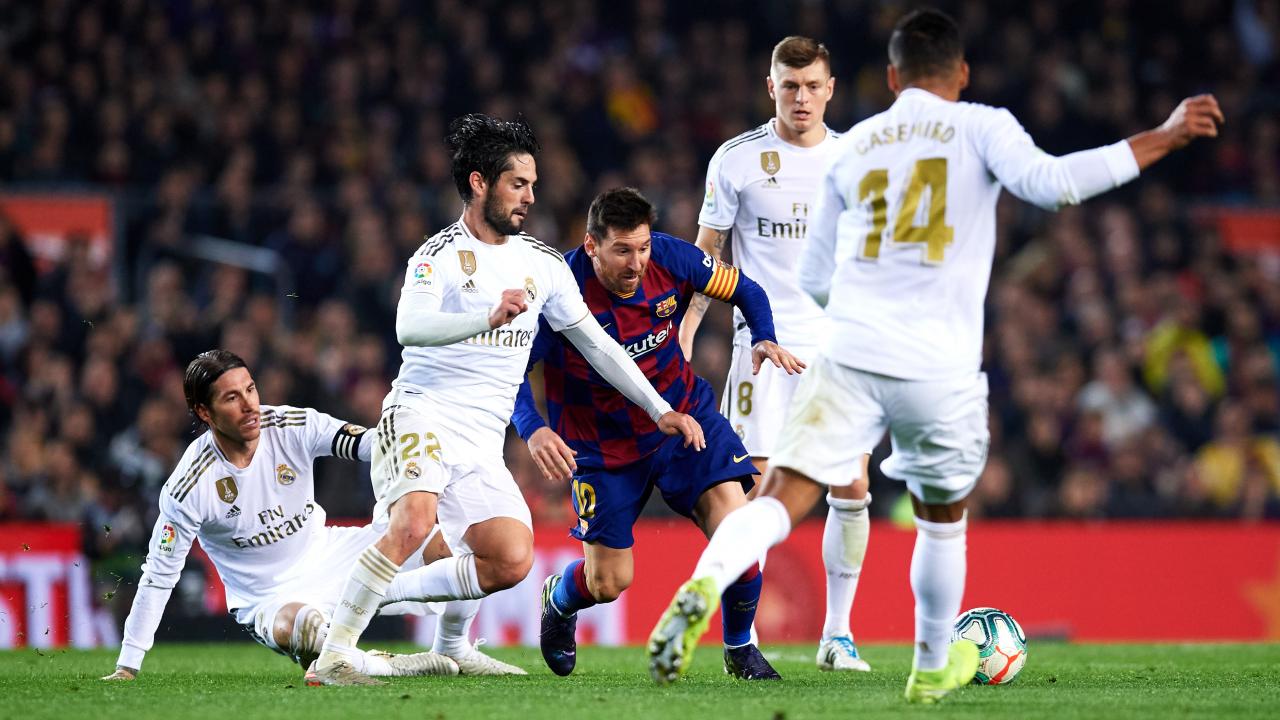 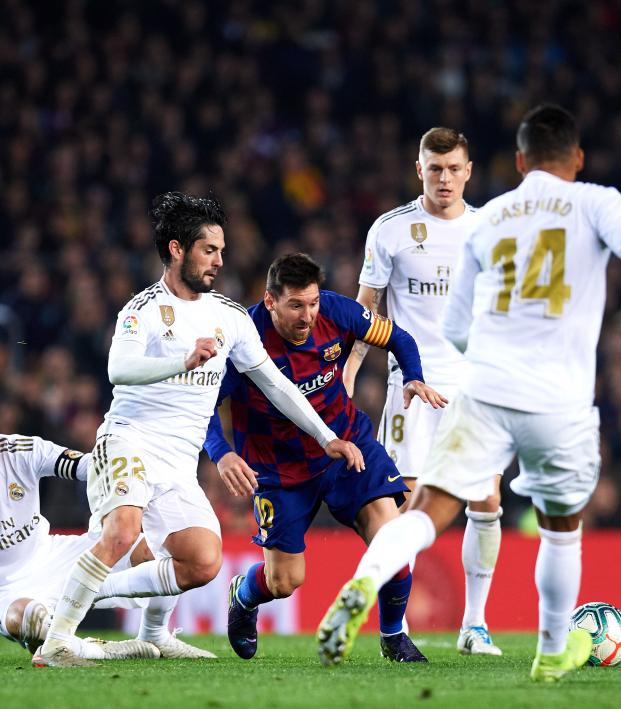 So Let's Go: LaLiga Confirms Date And Time For Most Meaningful El Clasico In Years

Connor Fleming February 23, 2020
With Real Madrid and Barcelona occupying the top two spots in LaLiga, it doesn't get any bigger than March's meeting between the eternal rivals.

LaLiga has confirmed the date and time for the 2020 El Clasico, and we can now begin to look forward to one of the most meaningful clashes between Real Madrid and Barcelona in years. On Sunday, March 1 at 3:00 p.m. ET, the two eternal rivals will take to the pitch at El Bernabéu in Madrid with the league title on the line.

It’s a clash of styles and philosophies with Real entering the match boasting Spain’s best defense and Barça housing its best attack. Los Blancos have only conceded 17 goals through 25 matches, whereas Barcelona has conceded 29. While that defensive frailty led to the inconsistency which cost Ernesto Valverde his job, Barça still retains Spain’s best attack with 62 goals scored (Real is second best with 46).

Barcelona has reverted to its pass-heavy, possession-oriented ways under Quique Setién, but the side just recently recorded its first clean sheet in league play since Jan. 19. Real, on the other hand, has formed a seemingly invulnerable defense with Thibaut Courtois, Federico Valverde and Ferland Mendy transforming the team.

“I don’t know if the Bernabéu would ever like to see 1,000 passes,” said Zidane recently after Setién’s Barça reached that mark against Granada. “Each team has its own style. I played at the Bernabéu and what the fans want is to see the team give its all out on the pitch.”

Although Real’s defense has been its cornerstone, the club was desperate to welcome back Eden Hazard after the attacker was sidelined for two months because of a hairline fracture in his foot. Hazard only just made his return, but then he limped off the pitch against Levante on Feb. 22 and has since been diagnosed with a fractured ankle. He'll be out for another two months.

The Blaugrana are also facing an attacking conundrum as they'll be without both Luis Suárez and Ousmane Dembélé for the rest of the season. Jordi Alba also misses out after injuring his hamstring against Getafe.

As well as the obvious clash of styles, there’s also a sense of differing points of emphasis here. After finishing 17 points behind Barcelona in 2017-18 and 19 points back last year, Zidane emphasized LaLiga this time around. That application was evident when these sides met at the Camp Nou back on Dec. 18 in a 0-0 draw.

But after going through 24 matches with only one defeat, Real's dramatic loss away to Levante has handed control back to Barcelona in the form of a two-point gap at the top.

For Barça, it’s been a somewhat sloppy domestic campaign that’s already yielded four draws and four defeats (that’s as many losses as the last two seasons combined), and after capitulating in Europe the last two years, the club has made no secret of its desire to prioritize a first European crown since 2015.

Still, El Clasico hasn’t been this meaningful since the 2016-17 season, when the two teams met at the Bernabéu with Real holding a six-point lead at the top of the table. Barcelona won that match 3-2 to cut the lead to three points, but Real won all six of its remaining fixtures en route to its last LaLiga title.

Real actually hasn’t won a LaLiga Clasico since Apr. 2, 2016 — that’s when Cristiano Ronaldo scored in the 85th minute to give Los Blancos all three points. Since then, Barcelona has won four games and three have finished level.

The all-time head-to-head record between the foes in LaLiga is finely balanced: Real Madrid has won 72, Barcelona has won 72 and 35 matches have been drawn. Barça has scored 288 goals overall compared to 286 for Real.

Kick-off time for #ElClasico has been confirmed