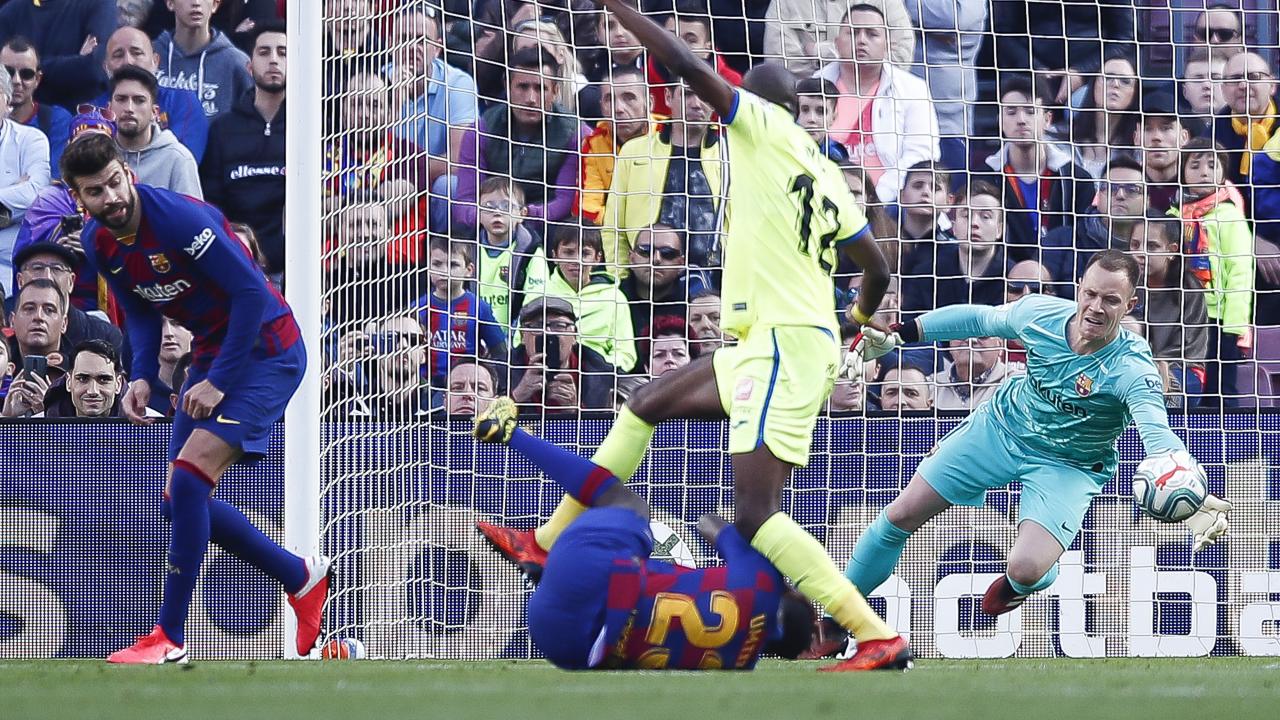 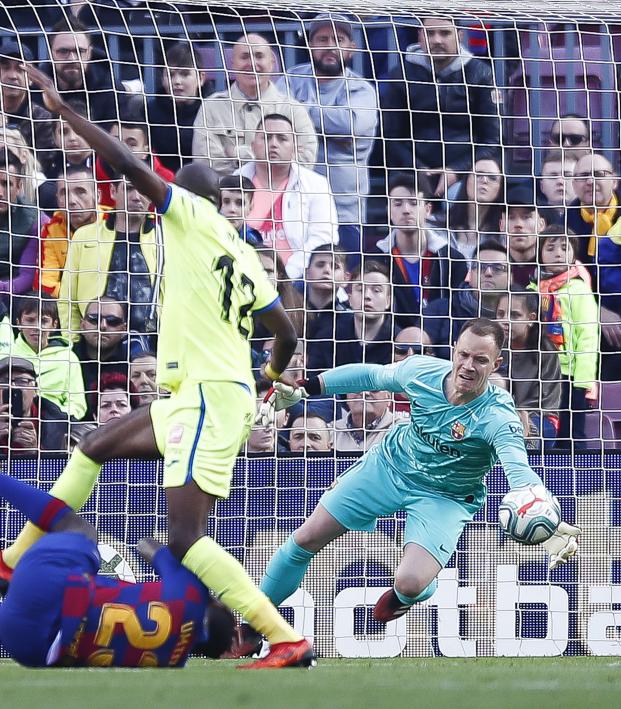 Travis Yoesting February 15, 2020
The German goalie made a remarkable save to help Barça beat Getafe.

With Barcelona reeling at the Camp Nou, the visitors having pulled within a goal, Marc André ter Stegen once again stepped up to save the day. The German goalkeeper made a dizzying save in the 72nd minute to help second-place Barça hold off third-place Getafe for a 2-1 win on Saturday. The Blaugrana pulled back even on points with Real Madrid, at least until Los Blancos play Sunday.

Barcelona looked to be cruising to a win in the first half, with Antoine Griezmann and Sergi Roberto scoring for a 2-0 halftime lead. But Barcelona has looked a bit frail under new coach Quique Setién, and Camp Nou target Ángel made things nervy down the stretch.

Lionel Messi has now gone four LaLiga matches without a goal, which for him is a lifetime. But the Argentine maestro was still out there orchestrating Barcelona’s offense and terrorizing Getafe’s defense.

It was Messi who set up the first goal, playing a lovely ball to Griezmann, who did well to dink his first-time shot past David Soria in goal.

Jordi Alba had to exit the match in the 22nd minute with an adductor injury, but his replacement Júnior Firpo assisted the second goal to fellow fullback Sergi Roberto in the 39th minute.

But just as it looked like Barça was cruising to victory, Ángel popped up out of nowhere (well, off the bench in the 52nd minute) to make it 2-1 with a dexterous volley.

Getafe has been impressive this season, trailing only Barcelona and Real Madrid in the table. So it wasn’t too much of a surprise to see the visitors battle back into contention.

But it was down to Ter Stegen to keep Barcelona in front.

In the 72nd minute, Ángel directed a free kick toward goal. Ter Stegen then swatted at the ball three times before he finally cleared the ball from danger.

The save took a bit of wind out of the Getafe sails and Barcelona was able to do just enough to hold on for the win. Barça hosts Eibar next Saturday before starting the Champions League knockout states on the road at Napoli on Feb. 25.