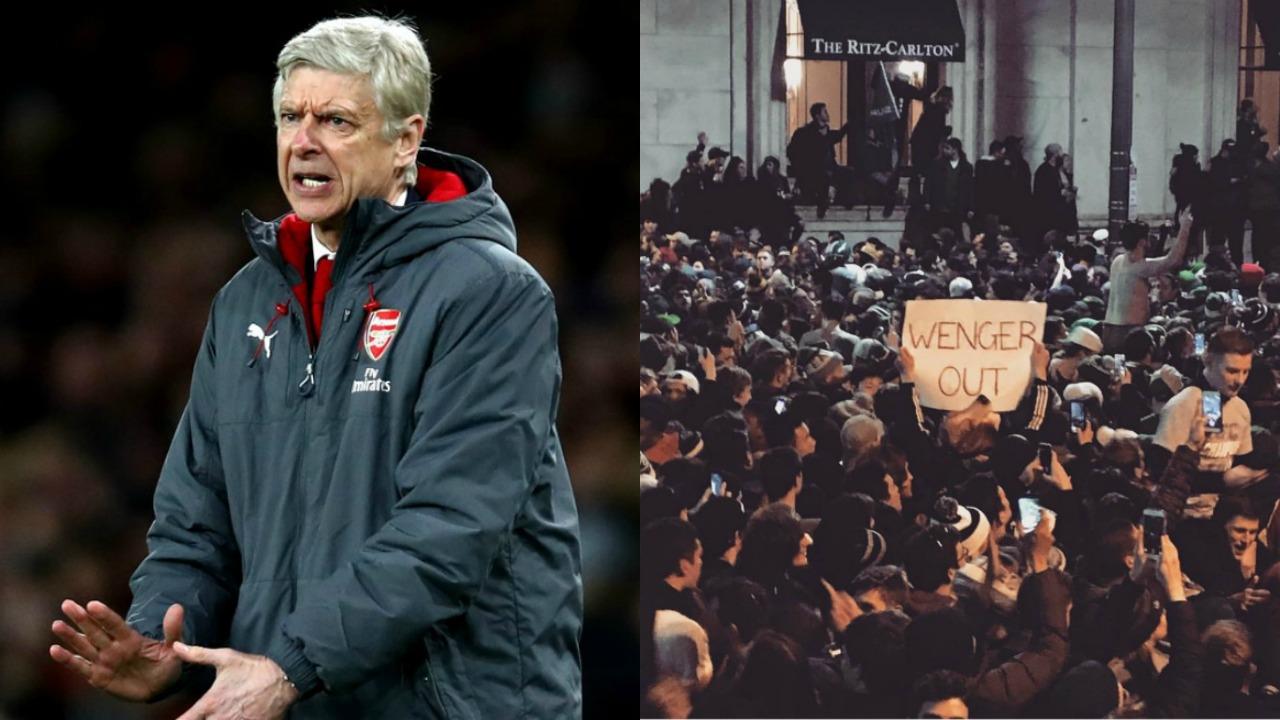 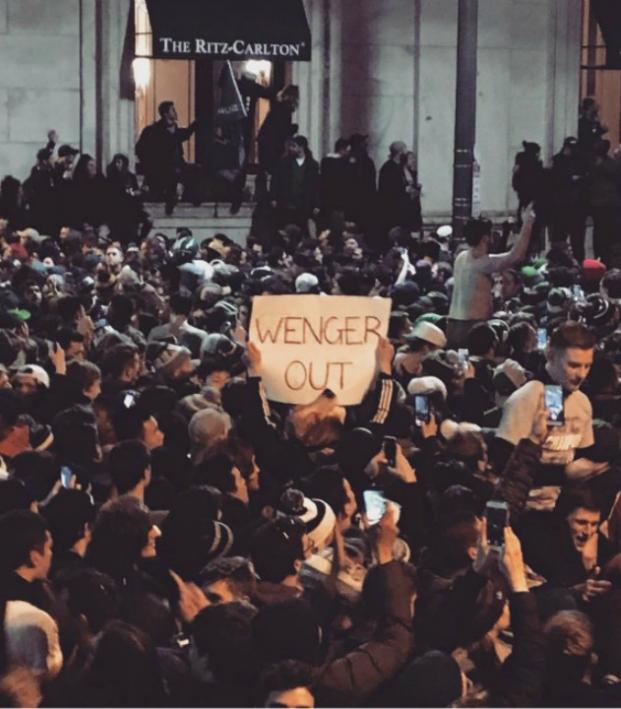 Sam Klomhaus February 5, 2018
The 'Wenger Out' movement cannot be confined by country, continent or even sport. It is here and it will be here long after we're all gone.

You just can't go anywhere these days without seeing a "Wenger Out" sign. That includes, apparently, the Super Bowl victory celebration in Philadelphia last night.

I have a sneaking suspicion the sign is fake, but the "Wenger Out" movement is certainly real and wide-ranging enough that this is at least somewhat believable.

Even amidst the unbridled joy of celebrating your first ever Super Bowl win, Philadelphia keeps its priorities straight #WengerOut #flyeaglesfly (via GFOP @cespedesbbq)

LIVE FROM PHILLY: THEY BROKE THE RITZ CARLTON HOTEL!!!!! pic.twitter.com/RAxIuXTFwp

The only two things that can survive a nuclear holocaust are cockroaches and "Wenger Out." We will see "Wenger Out" on the moon someday. And Mars.

(By the way, in the post-apocalyptic Arsenal Fan TV action thriller that is surely in production by now, I want to see John Malkovich as Claude, Don Cheadle as Ty, Michael Rapaport as DT, Danny Trejo as Troopz, Jason Statham as Lee and of course Forest Whitaker as Robbie.)