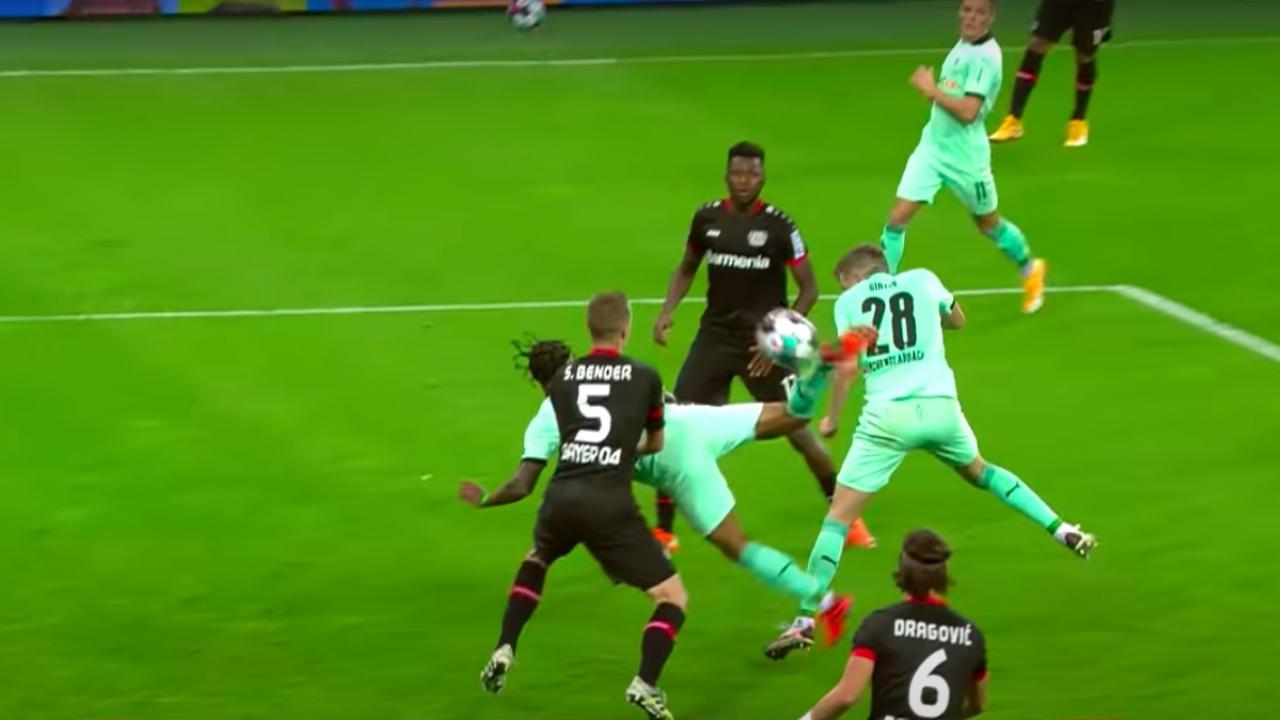 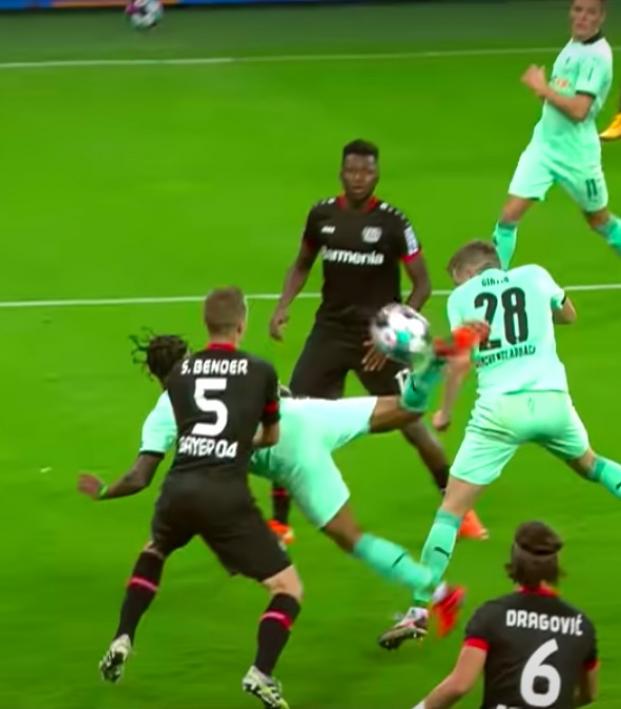 Did Valentino Lazaro Just Win The Puskás Award With This Scorpion Kick?

Bayer Leverkusen forward Lucas Alario scored his third successive Bundesliga brace as his side came from behind to beat Borussia Moenchengladbach 4-3 on Sunday in a game also featuring one of the best goals of the season.

Lars Stindl twice put Gladbach ahead in the first half, the first goal from a penalty, but Alario replied each time, first with a stunning curling effort and then with a header from Florian Wirtz's cross to make it 2-2 at halftime. The drama continued after halftime as Gladbach saw two chances go begging before Leon Baily ran on to a through ball and slipped the ball through goalkeeper Yann Sommer's legs to make it 3-2 to Leverkusen.

Julian Baumgartlinger added a fourth before Valentino Lazaro pulled one back for the Foals with a stunning effort in stoppage time, scoring with an acrobatic kick from Patrick Hermann's cross.

VALENTINO LAZARO, ARE YOU SERIOUS?! pic.twitter.com/69h5xVf4mz (via @ESPN)

Argentine forward Alario took his league tally to seven as his side climbed to fourth with 15 points. Gladbach are seventh with 11.

Renato Steffen and Wout Weghorst put Wolfsburg 2-0 ahead in less than half an hour before Weghorst missed an 84th minute penalty and Sargis Adamyan pulled one back for Hoffenheim three minutes later. The visitors had a golden chance to snatch an unlikely point when they were awarded a penalty in added time but Munas Dabbur's effort was saved by Koen Casteels.