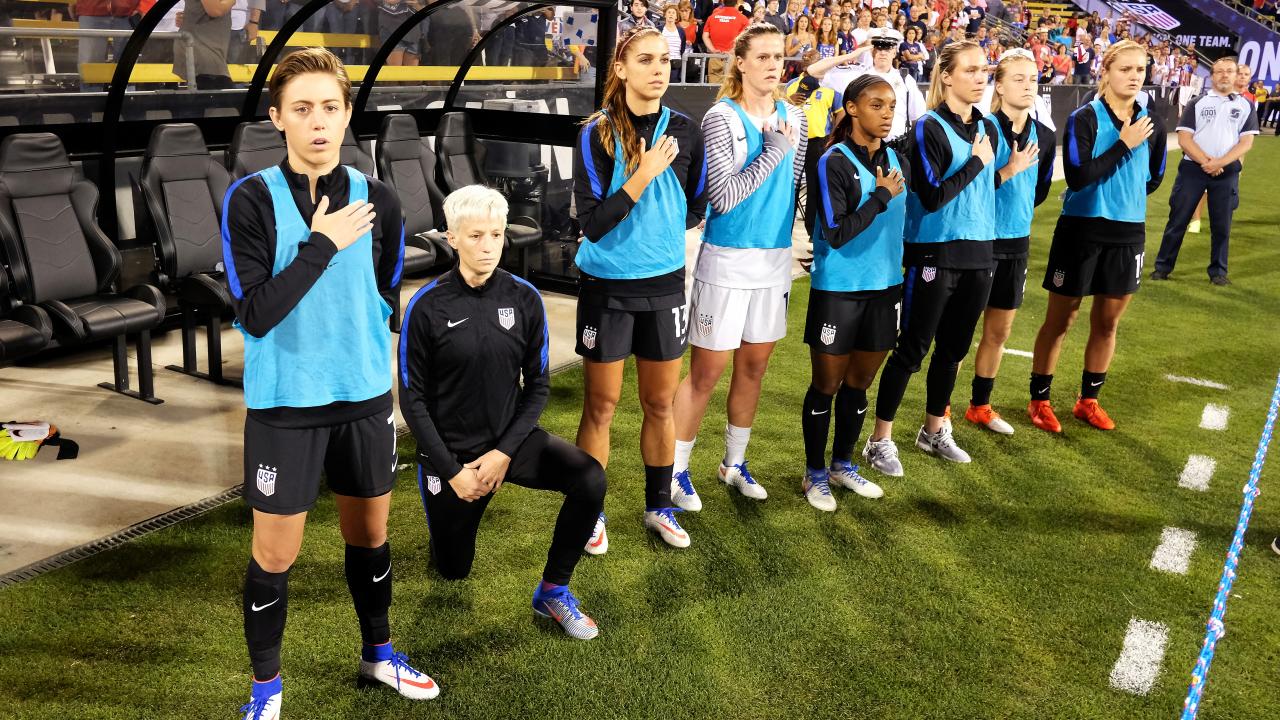 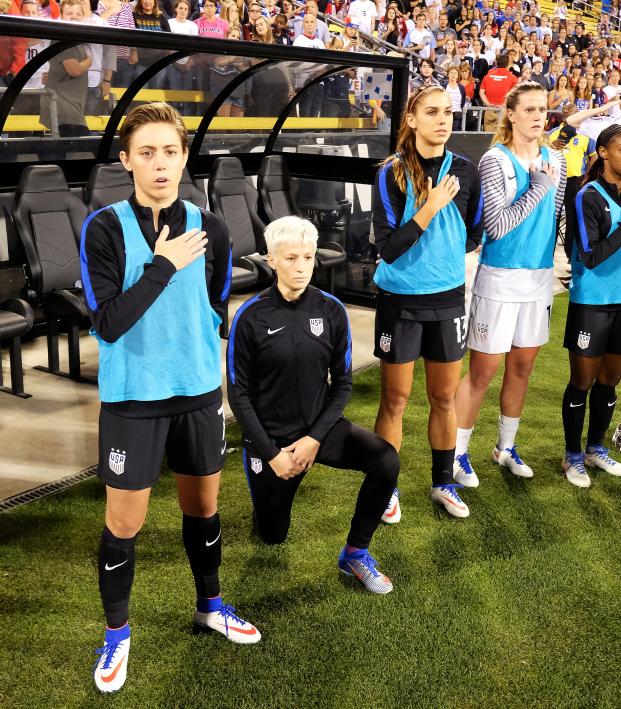 Sierra Perez June 8, 2020
The USSF has some apologies to make.

The United States Soccer Federation (USSF) has begun to consider repealing its ban on players kneeling during the national anthem. The board of directors plans to meet on Tuesday, June 9 to discuss the policy.

This comes in the wake of outrage and resulting protests over the murder of George Floyd while in police custody. Protests in support of the Black Lives Matter movement and against police brutality have sprung up across the nation and are now drawing global attention.

Sources tell me that the USSF Board of Directors will hold a meeting on Tuesday to discuss the possible repeal of its policy requiring players to stand for the national anthem. Story to follow. #usmnt #uswnt #USSF

His actions sparked inspiration as well as outrage. Many critics argued that kneeling was a sign of disrespect to the flag. Others argued that the violation of basic human rights is the only real form of disrespect.

A slew of athletes then kneeled in support of Kaepernick and the movement, one of those athletes being USWNT star Megan Rapinoe.

With the protests now being renewed in 2020 for the same issues, the USSF is facing critique.

Even though they are considering the removal of Policy 604-1 — implemented in 2017 — which banned kneeling during the national anthem, it’s not enough.

It is so embarrassing and sad that NOW the ppl (USSF, Brees, NFL, etc.) that didn’t understand/accept Kap’s kneeling are saying “maybe we were wrong.” You didn’t wanna hear the logic then and now you’re only changing your stance because of turmoil in the country. Clowns... https://t.co/fZvfKvC3MU