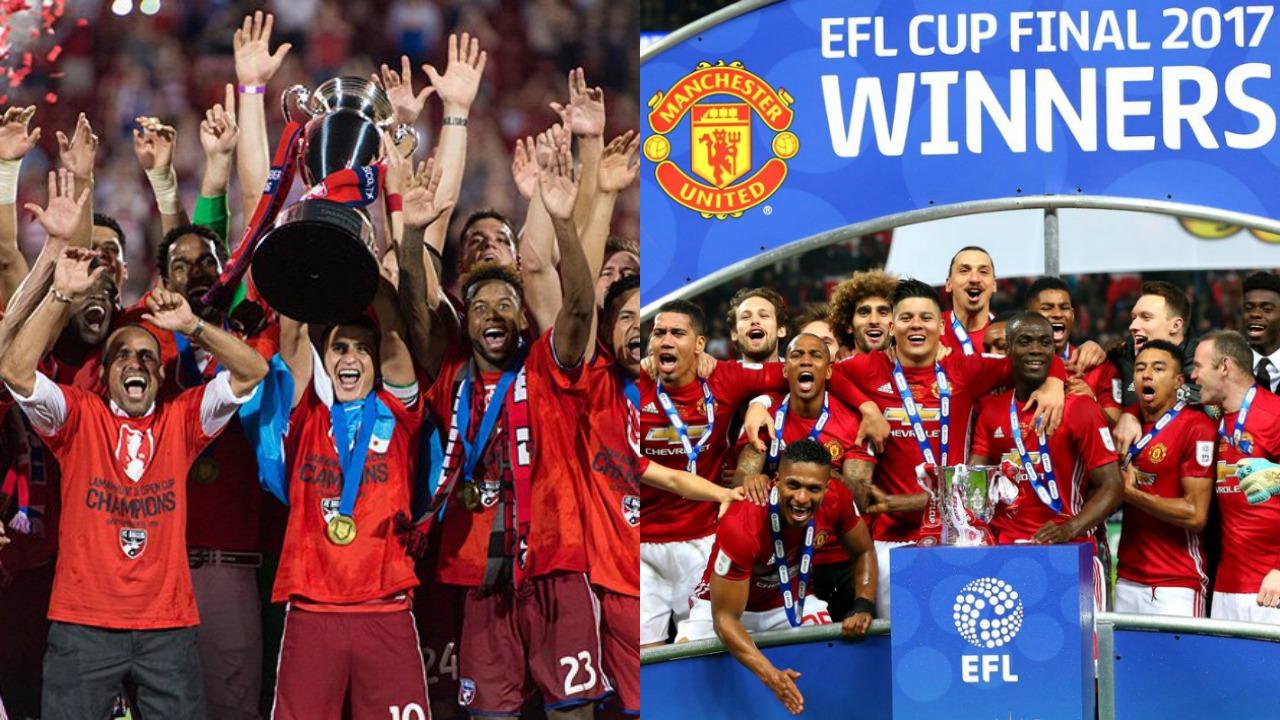 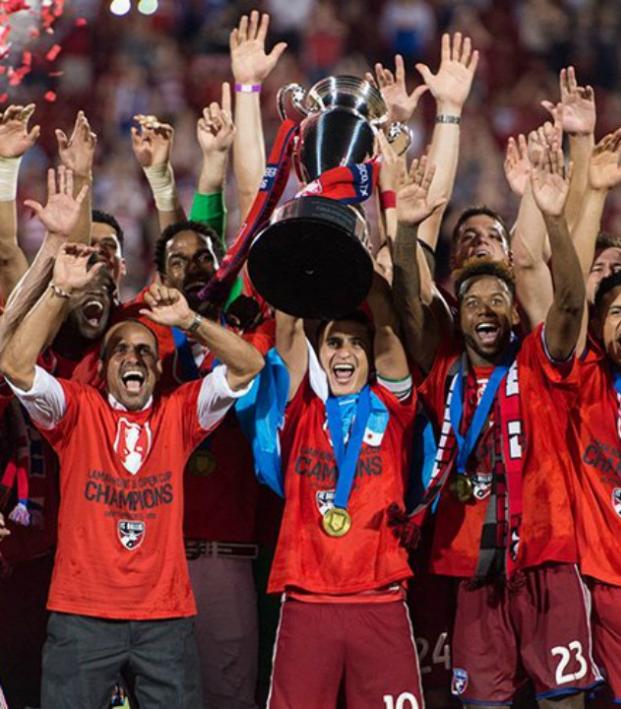 Only An Idiot Would Watch The EFL Cup But Not The U.S. Open Cup

Connor Fleming June 13, 2017
While the U.S. Open Cup is still a far cry from the FA Cup, you should be ashamed for having ever watched the EFL Cup.

2017 Lamar Hunt U.S. Open Cup action resumes today and tomorrow with the fourth round, and I'll forgive you for not knowing that, but I'll never forget. Founded in 1914, the competition has overcome some turbulent times in American soccer, as evidenced by the fact that the tournament’s two most successful sides, Bethlehem Steel FC and Maccabi Los Angeles, no longer really exist.

After overcoming the myriad of challenges facing the sport back in America's footballing dark ages, relative stability was provided by the growth of U.S. Soccer and MLS, and the tournament has been steadily improving itself over time despite some clear hinderances.

The first is rather obvious: the basic allure of cup competitions around the world is that they provide a knockout elimination tournament as opposed to the league format. This runs contrary to everything Americans know and understand about sport.

In America, MLS already largely satiates this desire with something much more familiar in our sporting fabric: the playoffs, a format that, more often than not, produces an unlikely champion (the Colorado Rapids in 2010, the LA Galaxy in 2012 and the Seattle Sounders in 2016 being recent examples).

However, the US Open Cup still provides another piece of magic by setting the stage for some giant-killings between amateur or lower-league clubs and the big boys. Some of this mystique was previously destroyed by U.S. Soccer using sealed bids to award home matches throughout the tournament (D.C. United and Seattle used this to their full advantage), but that’s since been remedied.

Progress has also been made with a 2016 ruling preventing teams majority owned by a higher-level team from entering, thus avoiding another not-so-magical matchup between Seattle Sounders FC 2 and Portland Timbers 2.

Today and tomorrow, we’ll see some interesting match-ups with regional foes going against each other in the fourth round. With almost every match available via free streaming, it’s your patriotic duty to tune in and get behind whatever club is geographically closest to you.

While you might scoff at a total of $250,000 being awarded to the 2017 winner of the competition (not even enough to pay two weeks of Kaka’s Orlando City salary), those prizes are largely in line with the FA Cup when we look at the averages.

While the FA Cup comes with the added carrot of qualifying for the Europa League, the U.S. Open Cup winner is awarded a place in the CONCACAF Champions League. 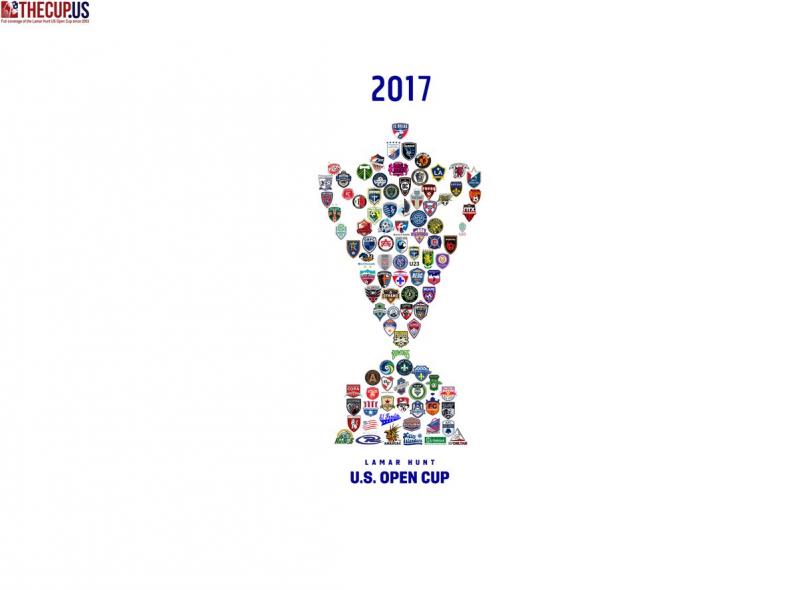 The remaining sides for the U.S. Open Cup Fourth Round. Photo: @usopencup | Twitter

The biggest difference between the U.S. Open Cup and the FA Cup, and it is a VERY big difference, is the rewards given to the lower division clubs that can pull off the upsets needed to advance to the later rounds. This is something that U.S. Soccer should be striving to remedy.

The FA Cup total prize fund is a staggering £15,132,000. That’s roughly 57 times more than the U.S. Open Cup. This money is given to winning clubs in staggered proportions throughout the tournament. For example, a club that wins in the First Round Proper (40 different sides will manage this) is rewarded with £18,000.

Lincoln City, who were in the English National League last season, made £2.5 million by advancing to the 2016-17 FA Cup quarterfinals. As you can see, the magic of the FA Cup is greatly increased by virtue of the fact that making a great cup run could completely change the fortunes of your club. 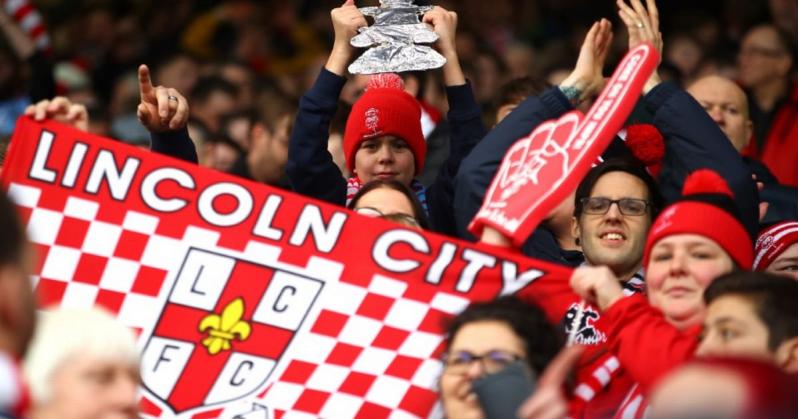 In the U.S. Open Cup, this year’s Cinderella side are Christos FC, a team from the United States Adult Soccer Association that’ve somehow managed to advance to the Fourth Round to play D.C. United. They’ll earn $15,000. That’ll keep the club financially secure while paying for odds and ends but little more than that.

If there’s one thing we can be certain of and proud of with regards to the U.S. Open Cup and the setup of cup competitions in this country, it’s that we don’t have the equivalent of England’s Football League Cup, now referred to as the Carabao Cup, ruining everything.

The tournament was founded in 1960 for no reason. I’ve long sought an explanation, but it’s really just this: the FA Cup is open to any eligible club down to Level 10 of the English football league system and is awesome, the Carabao Cup is only open to those within the top four levels and is completely redundant.

That's why it's there. It's like the NCAA Basketball Tournament having a 64-team March Madness, but then also having a really lame tournament with only the Power Five conferences. It, like the Carabao Cup itself, would suck terribly. 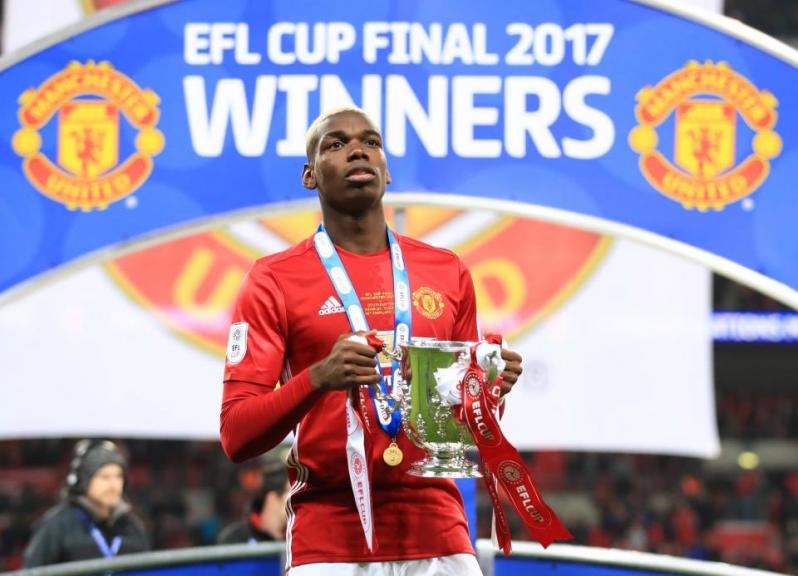 So why have it? Just ‘cause. What about fixture congestion? Yup. What about competitive integrity or just making sense? Nope.

The only feasible argument I’ve ever heard is that it gives some of the ‘smaller’ clubs another chance at winning a trophy. Winning a trophy is great (although this is a pathetic thing for a fan to say with regards to the most meaningless trophy on the calendar — with a bit of paper mache you can create a trophy for any match), but is their really anything less painful than being eliminated from the Carabao Cup? For 91 clubs and sets of supporters, no defeat is easier to bear or more forgettable. For one club, glory lasts for one day (maybe two locally).

The winner is given £100,000, the runners-up £50,000. Amazingly, that’s less than the U.S. Open Cup. Where's the glory? I imagine my beloved Newcastle United hoisting the little cup would just convolute the oft-repeated fact that the club have not won a major domestic title since the 1955 FA Cup — it would only make matters worse to a large degree.

If you think it's a great time to give the youth some match time, well that's your goofy cross to bear, and I'm really glad I asked for your opinion, Mr. Antonio Conte. If you’re interested in knowing the draw for the Carabao Cup first round, that’ll take place this Friday in Bangkok, Thailand. You gotta love modern football.

If you're an American, get behind the U.S. Open Cup. There's a lot worse ways to spend your time, like watching the Carabao Cup.