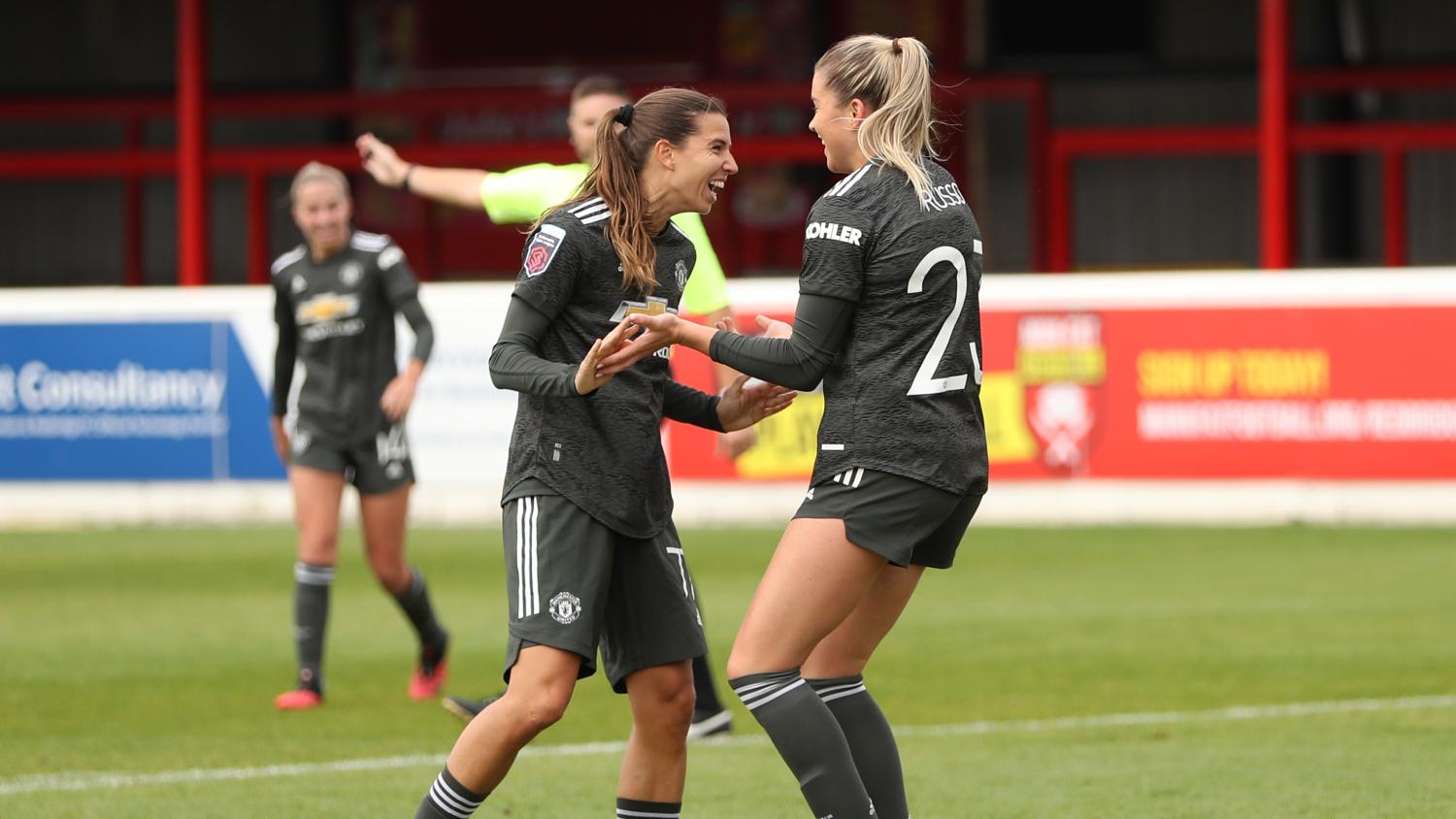 Manchester United defeated West Ham 4-2 on Sunday for its fourth straight win in the FA Women’s Super League. USWNT stars Tobin Heath and Christen Press both scored their first goals for the Red Devils and 21-year-old English forward Alessia Russo added a brace in the victory.

United opened the scoring in the 20th minute after Heath’s merry dance out wide eventually led to a pass for Katie Zelem. Zelem picked out Leah Galton at the far post, and she put it on a platter for Russo.

Three minutes later it was 2-0 to United after Heath opened her account with a thunderous finish following a West Ham turnover.

No stopping that from @TobinHeath!

What a way to score your first goal in the #BarclaysFAWSL! pic.twitter.com/79PMFdnvxI

Press entered the match as a substitute in the 77th minute, and she secured all three points in the 87th after turning in Lucy Staniforth’s devilish free kick at the back post.

Press at the back post! @ChristenPress scores her first goal for @ManUtdWomen off the bench! #BarclaysFAWSL pic.twitter.com/XjNtI0dYam

Manchester United’s next FA WSL match is a big one against Arsenal on Sunday, Nov. 8.