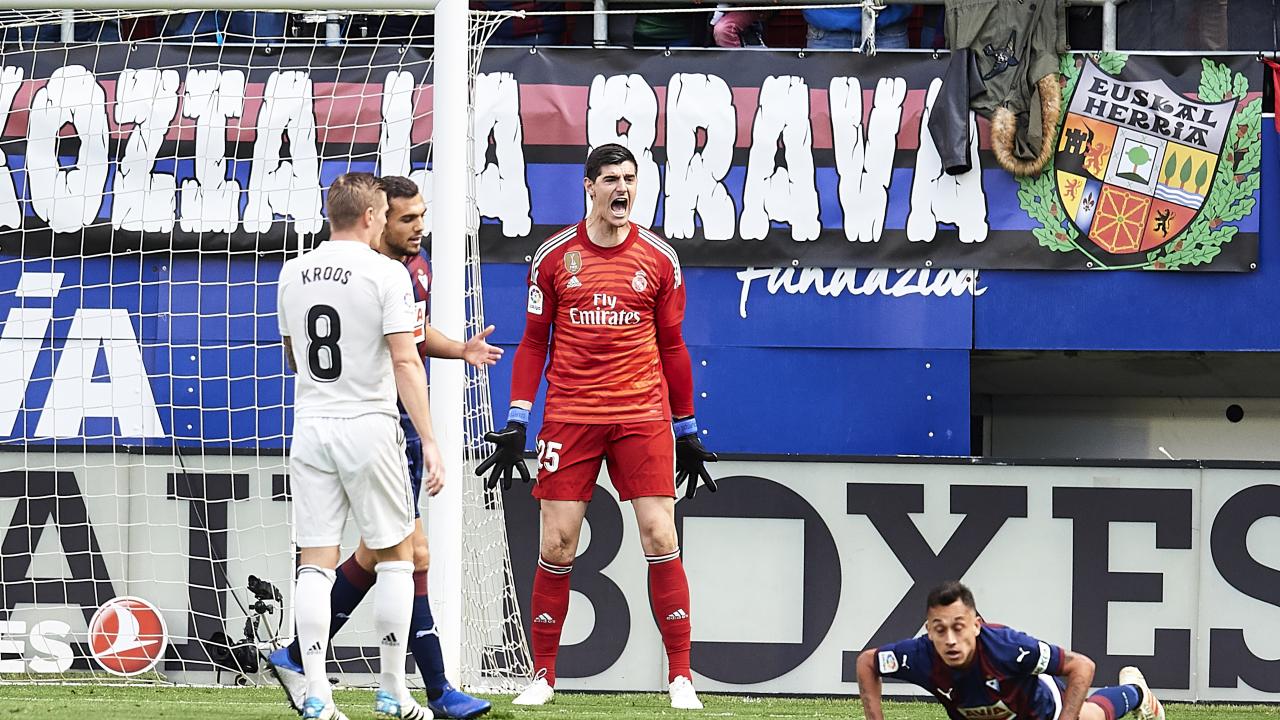 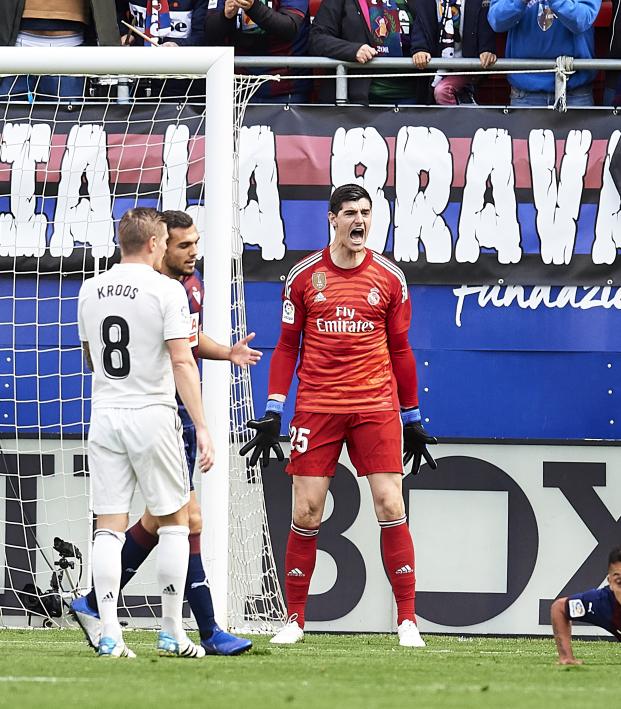 Travis Yoesting November 24, 2018
The former Chelsea goalkeeper has not had a good start with Los Blancos.

For all the reported leaks in the footballing world right now — Cristiano Ronaldo rape allegations, Financial Fair Play improprieties, Sergio Ramos testing positive for a banned substance — one leak is more surprising than any other this season. The one in Real Madrid’s defense. In particular, Thibaut Courtois stats with Los Blancos after a shocking 3-0 loss to Eibar on Saturday.

Courtois moved back to Madrid in the summer transfer window after four fairly successful seasons as Chelsea’s No. 1. The Belgian spent three seasons on loan at Atletico Madrid, so it was assumed he’d adapt pretty quickly.

The club gave him the No. 1 role in LaLiga almost immediately, making his starting debut on Sept. 1 against Leganés, a 4-1 home win. It’s pretty much gone downhill from there.

In 11 league matches with Real Madrid, Courtois has allowed 18 goals with three clean sheets. He’s allowed two or more goals five times, nearly half of his league starts. Courtois has also appeared in one Champions League match, a 5-0 win over Viktoria Plzen.

For a club with the stature of Real Madrid, 18 goals in 11 matches is an appalling stat. Saturday was just another example of a defense and goalkeeper who can’t figure things out.

The problem is particularly acute on the road, as Los Blancos have given up 16 goals in seven away matches, only better than last-place Huesca.

Saturday’s match was more of the same, with Eibar hitting on the counter to take the lead in the 16th minute. Courtois couldn’t deal with the first shot, allowing the rebound to fall to Gonzalo Escalante to score the game’s first goal.

Courtois wasn’t at fault for the second goal to breach his net as Sergi Enrich smashed a perfectly placed shot into the far corner. But there was some pretty crap play from Courtois’ teammates to set up the goal in the 52nd minute.

Moments later, Eibar put the match away with a third goal in the 57th minute through Kike.

Courtois tried to jump forward to reach a cross, not aware enough of his surroundings that Enrich would reach the ball first, redirecting it into the middle of the box for Kike to place into an empty net.

Three goals, two of which Courtois could’ve done better. This isn’t to absolve the Real Madrid defense — it too was poor despite Marcelo, Sergio Ramos and Raphael Varane starting together — but you can’t help but think Keylor Navas would have done better.

While the Costa Rican was injured and unavailable on Saturday against Eibar, Navas has a far superior statistical record this season. Ignoring the wild UEFA Super Cup against Atletico Madrid, Navas has allowed three goals in six matches with three clean sheets. In 148 appearances for Los Blancos, he has 48 clean sheets, having allowed 145 goals.

Should Navas start ahead of Courtois? The Costa Rican has a knack for winning (except in Russia), having helped the club win three Champions League trophies and LaLiga in 2017.

Courtois won the Gold Glove over the summer at the World Cup, though most in the Western Hemisphere would suggest that award should have gone to Mexico’s Guillermo Ochoa. But the Euro-centric view has always favored the 6-6 Courtois, who was bought from Chelsea for $40 million.

Saturday’s loss was Santiago Solari’s first as coach after he started with four straight wins, seemingly turning the season around. Los Blancos have now lost five LaLiga matches this season, one less than all of last season and two more than all of 2016-17, the last time they won the league.

At the start of the season, now former coach Julen Lopetegui said he was fortunate to have two great keepers to choose from.

“I’ve got some really good options in goal and there are no problems in that area,” he said.

Now a few months into the season, looking at those Thibaut Courtois stats, Solari might feel he only has one great keeper to choose from — and on Saturday he was out injured.