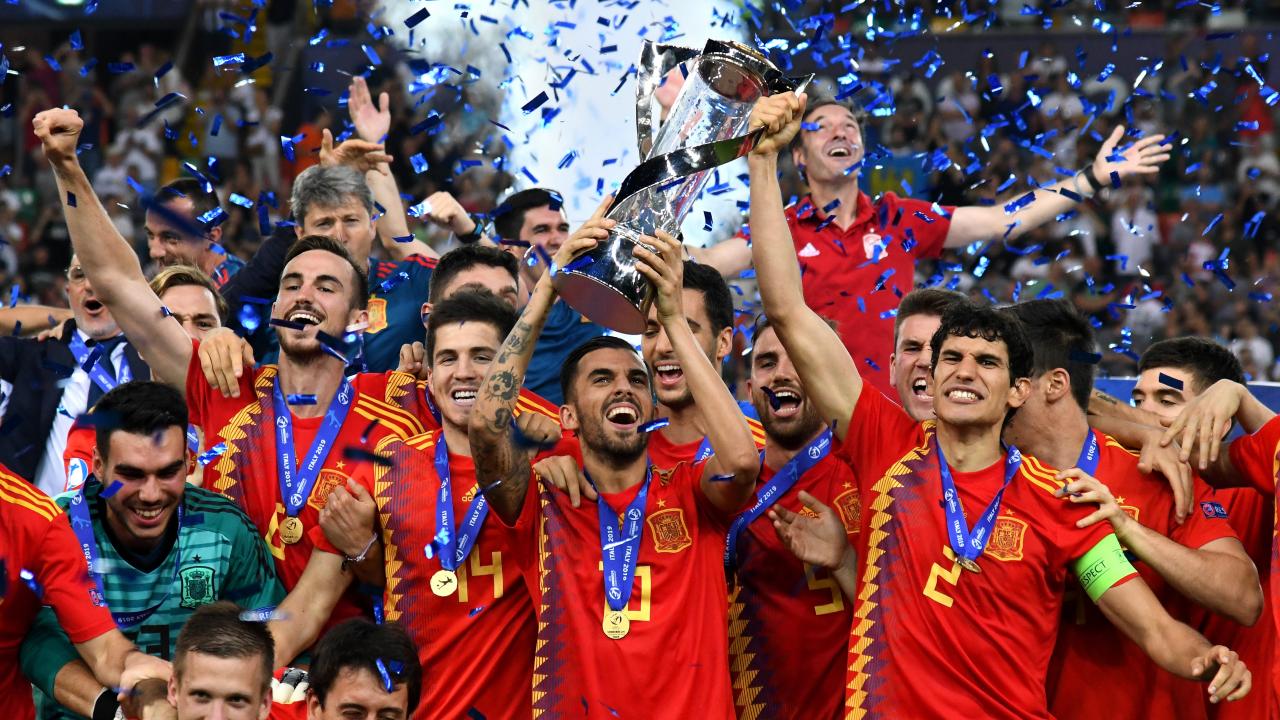 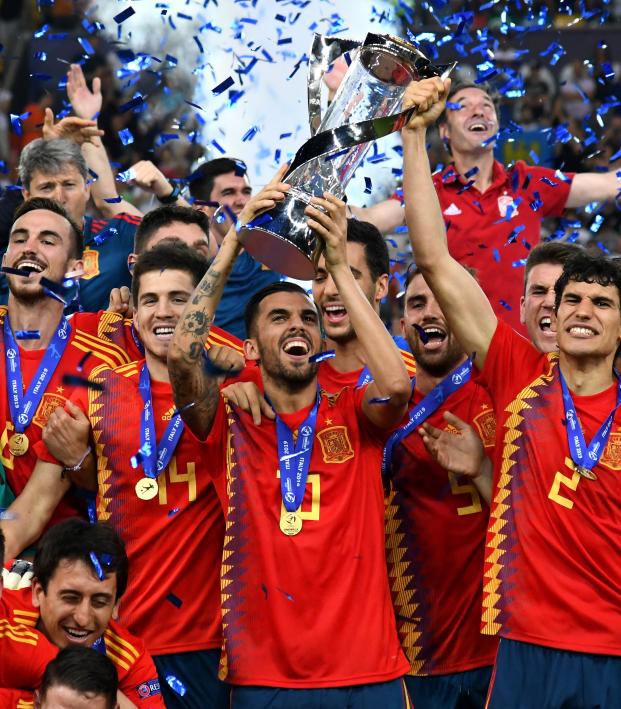 Connor Fleming June 30, 2019
Fabián won Player of the Tournament after Spain defeated Germany 2-1 in the final.

In a rematch of the 2017 UEFA European Under-21 Championship Final, Spain got revenge on Germany to capture its fifth title, moving the nation level with Italy as the most successful in the history of the Euro U-21 competition.

Spain last achieved U-21 glory when winning back-to-back titles in 2011 and 2013. That extremely skilled cohort included the likes of Juan Mata, David de Gea, Cesar Azpilicueta, Javi Martinez, Isco, Koke and Dani Carvajal, and the 2019 group is sure to achieve just as much international success, if not more than that highly skilled generation.

It was Napoli’s Fabián — who appeared in 27 Serie A matches last season and scored five goals — who was named the tournament’s best player, and he opened the scoring today in the seventh minute with an unstoppable finish from 25 yards out.

The second goal was scored in the 69th minute by Dani Olmo, who plays his club ball for Dinamo Zagreb.

Germany pulled one back in the 88th minute through Hoffenheim’s Nadiem Amiri, although the long-range strike took a deflection.