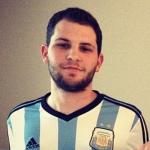 Matias Wodner November 20, 2016
Qualifying for the World Cup in South America is not an easy task. Six teams are currently within six points of each other, fighting for three spots.

This recent international break has proven, once again, why South America is the toughest qualifying process of any continent on the planet. On Thursday, Brazil trounced Argentina 3-0, Venezuela put up five on Bolivia and Peru handedly laid waste to Paraguay, 4-1. Then on the following Tuesday, Ecuador beat that same Venezuela team 3-0, that same Bolivia team beat Paraguay 1-0 and Argentina rebounded to shut Colombia out in a 3-0 win.

As the table currently sits, six teams are within six points of each other, with those six teams fighting for a final three spots to get into the 2018 World Cup. Brazil is atop the table with 27 points while Uruguay is second with 23 points. The next closest are Ecuador and Chile, with 20 points apiece, while Argentina is in fifth place with 19. Colombia is right behind with 18, followed by Paraguay’s 15 and Peru’s 14.

The first four places are given an automatic bid to the World Cup. The fifth place team will have to win in a two-leg playoff against an Oceania team, likely to be New Zealand, in order to ensure they make it to Russia in 2018.

Right now, that team would be Argentina. Yes, the same Argentina that has made it to three straight major tournament finals. The same Argentina that FIFA currently ranks (I know the rankings are flawed) as the No. 1 team in the world. The exciting Colombia team that captured the attention of many at the 2014 World Cup on the back of a masterful tournament by James Rodriguez won’t be at the World Cup if the table holds.

Venezuela is currently last with five points. That same Venezuela team that is coming off a very successful summer that saw them advance past the group stage in the Copa America Centenario, leaving Uruguay and Jamaica in the dust.

If we look back at the qualifiers for the 2014 World Cup, it was just as tight. Brazil got an automatic bid as the host country. Argentina topped the group with 32 points and a whopping 35 goals, but Colombia was right behind in second with 30 points. Chile and Ecuador earned the third and fourth spots, and Uruguay had to play Jordan in a playoff to make it to Brazil. We’re going to see a really, really good team miss out on the World Cup in 2018.

It very well could be Argentina, Colombia, Chile or Ecuador. Argentina and Colombia aren’t playing well at the moment, but they are capable of playing some of the best soccer in the world. Chile and Ecuador have been on a good run for quite some time and are both deserving of being in Russia.

European qualifiers haven’t really gotten going yet. All teams have played just four games, but clear front-runners have already begun to show themselves because they are placed in groups with easy opponents. I understand that’s the nature of being in a bigger continent with more footballing countries, but there’s a lack of competitiveness in their qualifying matches.

Germany, Belgium and Switzerland already have 12 points from four games, while France, Croatia, Spain, England, Poland and the Republic of Ireland have racked up 10 each. Even if these teams fall to second in their groups, four of them will be able to find their way to Russia by way of a continental playoff.

There’s a few reasons for why South America World Cup qualifying is tougher than other continents and why some players and teams can’t perform to the level they’re expected to. International teams can’t practice as frequently and to the degree that club teams do. That means less chemistry between players. That’s why we see Lionel Messi criticism that points to him not performing as well for Argentina as he does for Barcelona (that’s a whole other article in and of itself).

Because these international teams don’t have the offensive and defensive chemistry to play to their potential, they resort to a more physical brand of soccer. How many times do you see an Argentina-Chile or Colombia-Ecuador game turn into an altercation-fest? When these games become so physical, whistles are blown more regularly and teams can’t create the offensive rhythm and momentum needed to create a lot of chances and goals.

This leads to lower scoring, tightly contested games that result in close standings. While we all love scoring, it’s awesome to see two South American teams go at each other for 90 minutes. I’m all for it. That is, unless you’re cheering for one of these teams. Then it’s just utter anger and anxiety.