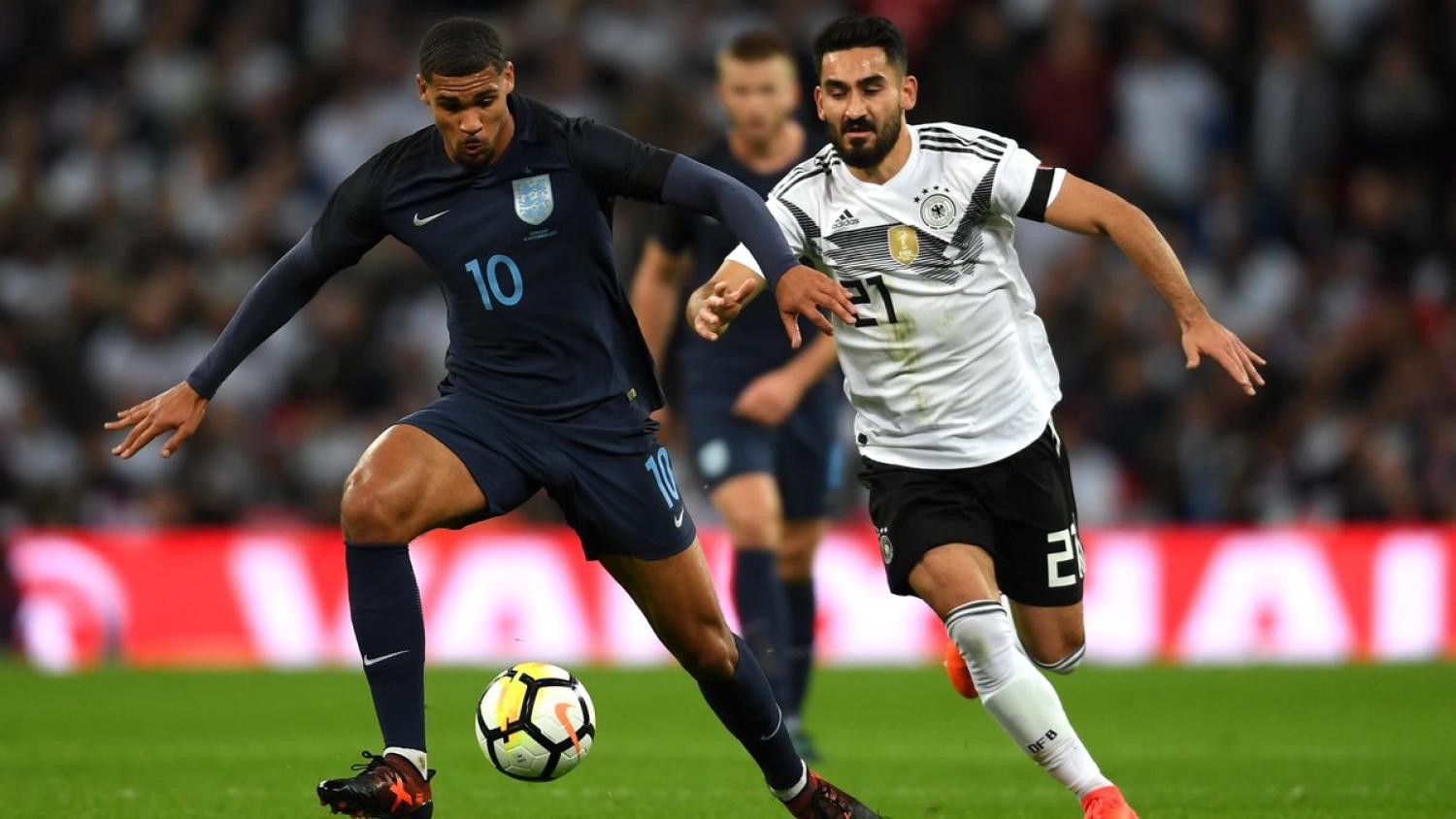 England youngster forgot this was a friendly and was just cruel to a pair of Germany defenders.
@OptaJoe | Twitter

Germany and England don’t always see eye to eye on the football pitch after decades of contentious football matches. But even with all their history, that Ruben Loftus-Cheek double nutmeg was just nasty.

Loftus-Cheek, 21, humiliated Leroy Sané and Marcel Halstenberg with a double nutmeg in the 18th minute of the England vs. Germany friendly on Friday at Wembley Stadium in London. The Chelsea player (currently on loan at Crystal Palace) finished the move with a clever back-heel pass before getting clobbered by Chelsea’s Antonio Rudiger to draw a foul in a good wide area for England.

Forgive us in advance, but Loftus-Cheek was a bit cheeky.

Not too shabby for a kid making his full national team debut.

Loftus-Cheek was given the No. 10 jersey and lived up to the number, pulling the strings for a bunch of promising England chances on the way to being named Man of the Match. He was one of four England players (Jordan Pickford, Joe Gomez and Tammy Abraham) given debuts in what was an overall young squad that more than held its own against the reigning world champions.

After both teams qualified for the World Cup relatively easily, the match was fairly wide open. Both teams failed to finish clear-cut chances, including a Timo Werner breakaway that Pickford did well to save and Jesse Lingard firing high with the game’s final kick. But the match finished 0-0, the first scoreless draw between the two since 1982, a run of 16 matches with at least one goal.

Germany too played some youngsters, but not to the extent of its opponent, with the likes of Mesut Ozil, Julian Draxler, Mats Hummels and Sané in the starting lineup. So all things considered, without the ball finding its way into the back of the net, we’ll give England the moral victory thanks to the Loftus-Cheek double nutmeg.