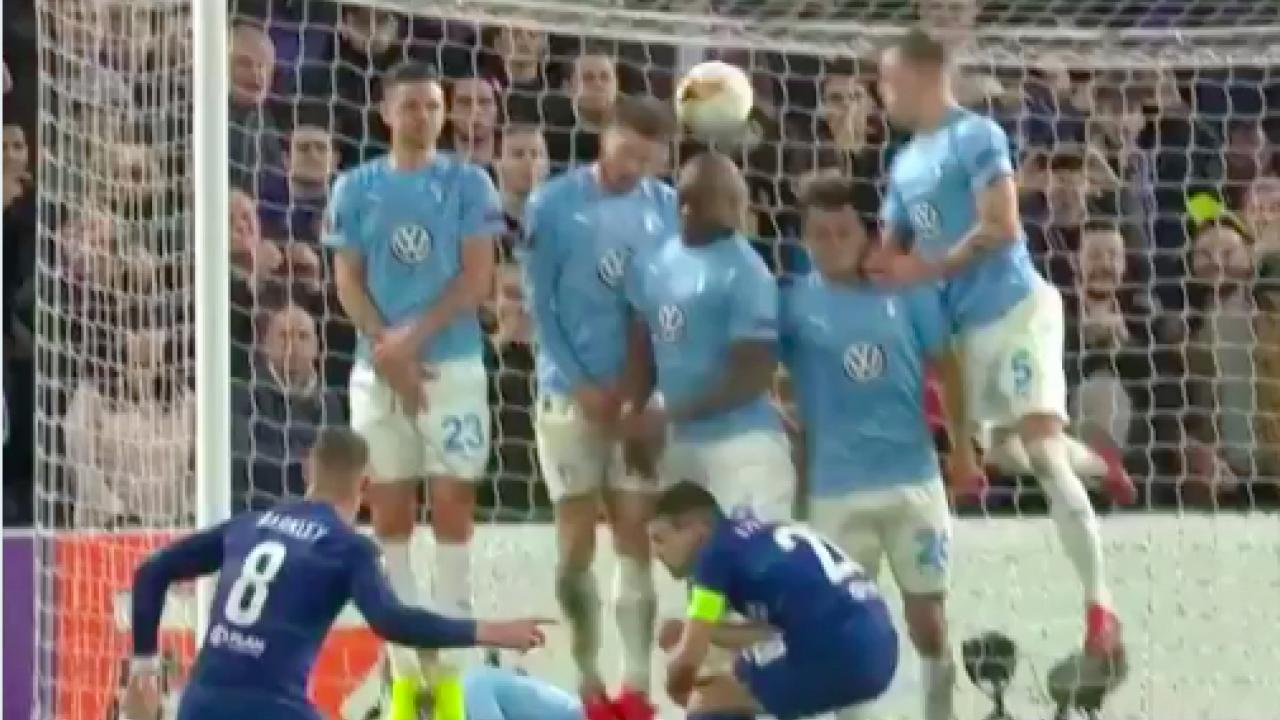 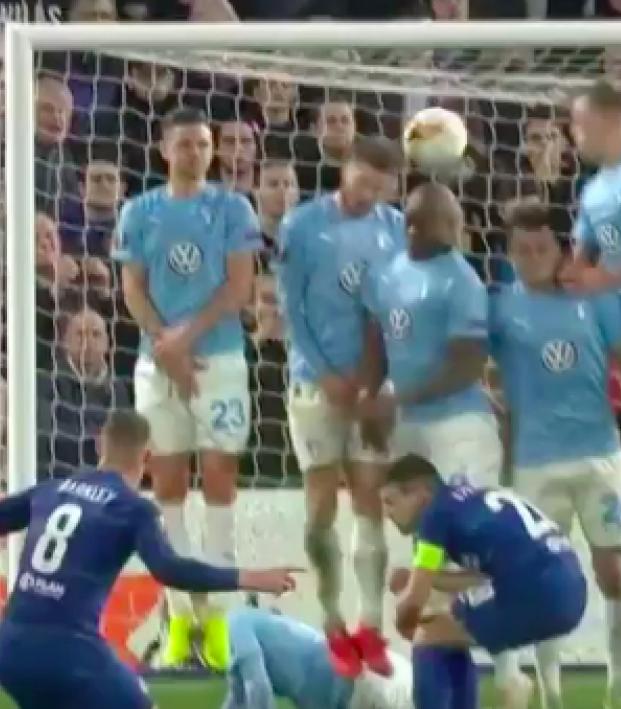 After stalling in the first half, Chelsea managed to turn up the heat and win 3-0 over Malmö FF (5-1 on aggregate) to move on in the UEFA Europa League.

Five yellow cards were handed out before the first goal was scored, four of them being given to Malmö players.

Then, in the 55th minute, midfielder N’Golo Kante would get the ball and push straight up the field into five defenders. He made the pass to the left wing, only for Willian to send a magnificent cross to a speeding Olivier Giroud. Giroud’s effort found the back of the net shortly before he did as he was racing towards goal.

Giroud’s go-ahead goal was his sixth in seven appearances in the Europa League.

Late in the game, Malmö’s Rasmus Bengtsson was given his second yellow and Chelsea capitalized on the shorthanded Swedish team.

Blues midfielder Ross Barkley hit a great free kick, sending the ball straight over the Malmö wall and directly over the head of the only defender, who didn’t really jump, Carlos Strandberg.

This angle of the Ross Barkley free-kick pic.twitter.com/4UQDWyh7o7

Chelsea then decided why not more?

Forward Callum Hudson-Odoi receieved the ball with no one in the same hemisphere as him. He drove in and scored Chelsea’s final goal, ending Malmö 3-0.

Manager Maurizio Sarri may add at least a handful of players from this lineup into Chelsea's next EPL starting eleven.

Surely following Chelsea’s most recent embarrassment at the hands of Manchester City, Sarri will insert some youth into the starting squad.