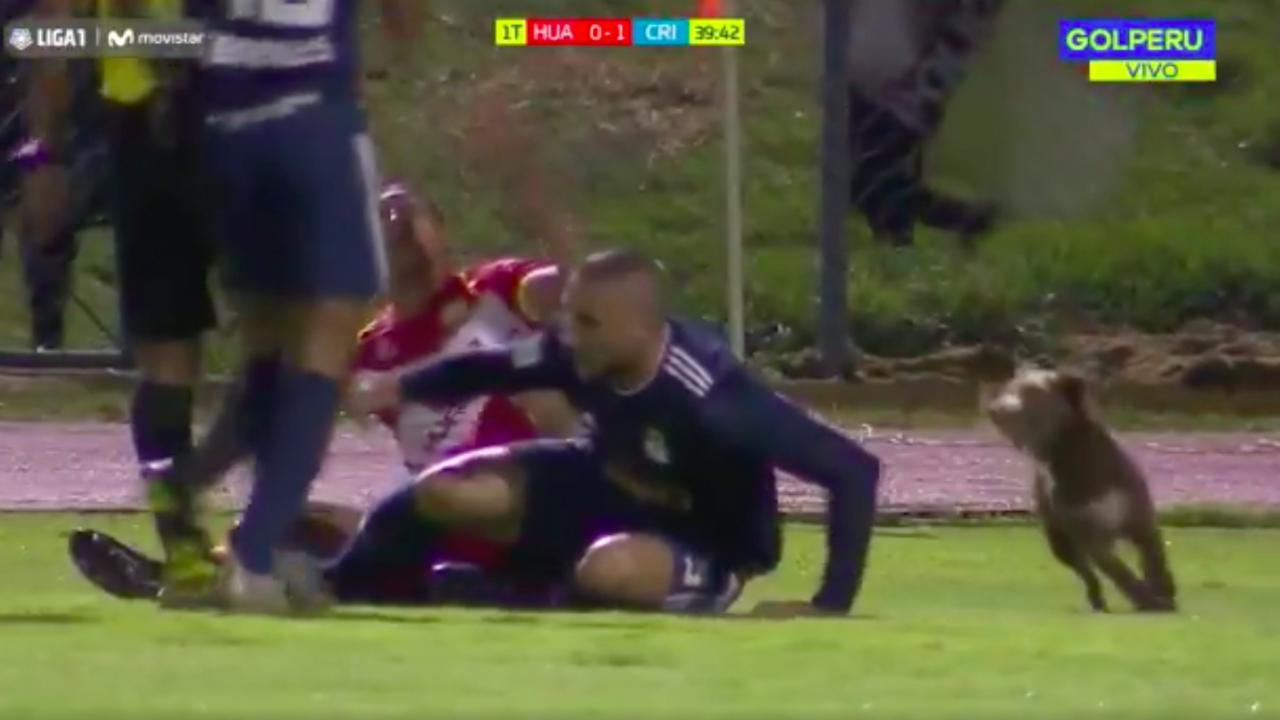 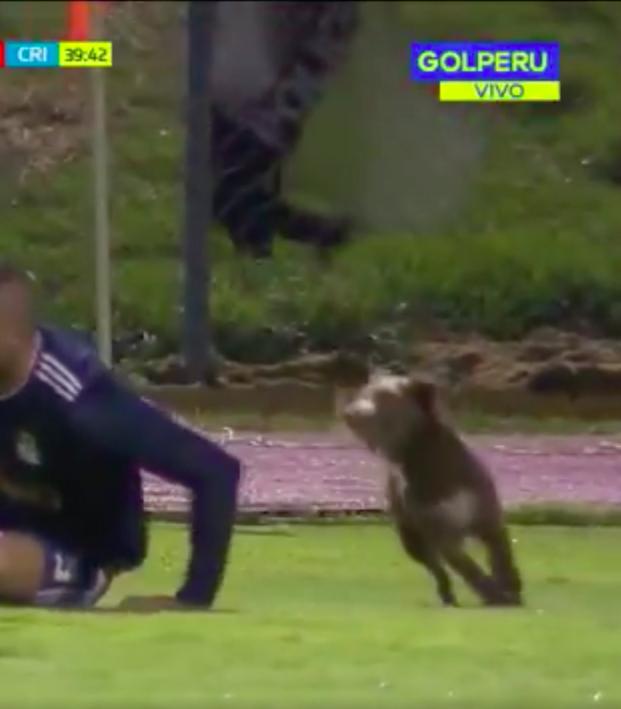 Connor Fleming February 21, 2019
Won’t somebody think of the good boys?

Last Saturday, Sporting Cristal defeated Sport Huancayo 2-0 in the Peruvian Primera División, but the game was marred by some Stephen King tomfoolery in the 39th minute.

With Cristal already leading 1-0, the club’s striker, Emanuel Herrera, chased a long ball over the top while clashing with Huancayo defender Luis Maldonado. Luckily for us, we’re also simultaneously treated to a classic moment in South American football: there’s a good boy flying down the wing in hot pursuit of the action.

Near the top-right corner of the box, both Herrera and Maldonado collapsed while the doggo sniffed around, wagged his tail and wondered why all the good chasing action had stopped.

It was in this moment that Maldonado (in red) is reported to have bit Herrera (blue) on the leg. The referee, having only seen the players exchange shoves, issued a red card to both.

As you might expect, Herrera wasn’t pleased at being sent off after being bitten, and neither was his manager, Claudio Vivas.

“I hope justice is done and we can count on our center forward,” he said after the match. “During the play with the expulsions there was a dog running on the pitch, the match had to be stopped. About the bite everything is clear, the player showed the bite mark, and I don’t think it was the dog because it was about ten meters away.”