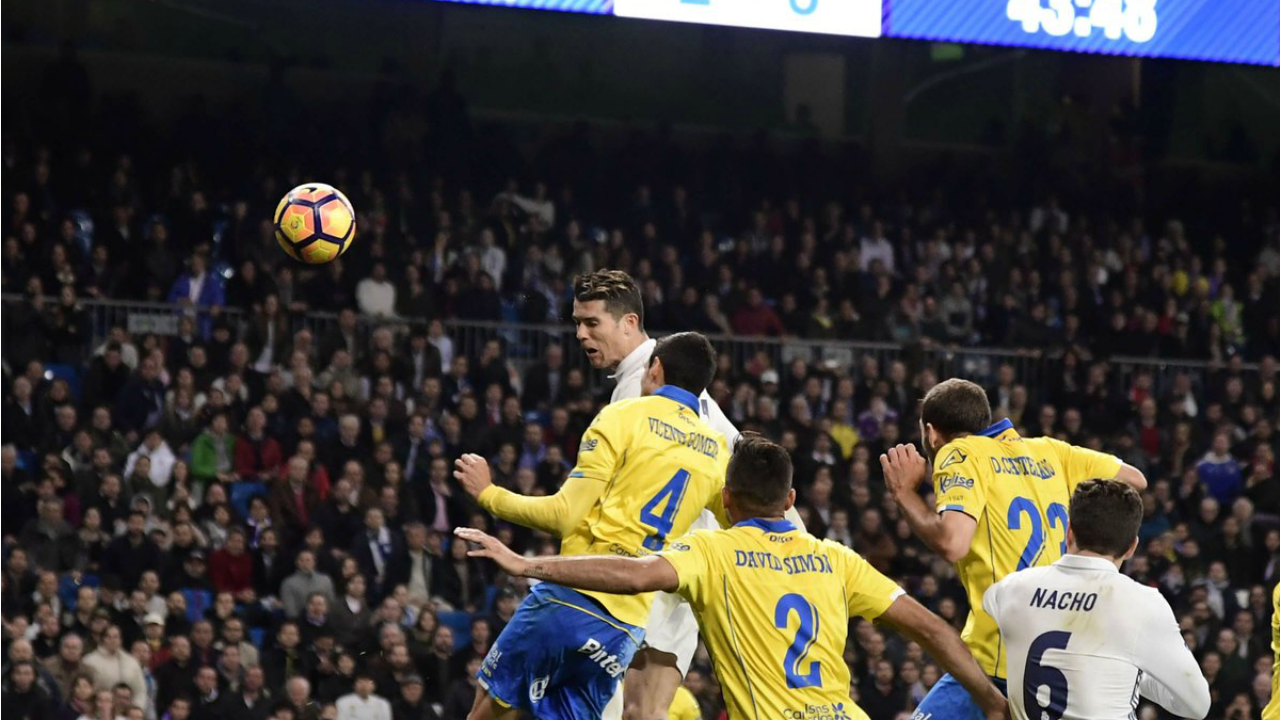 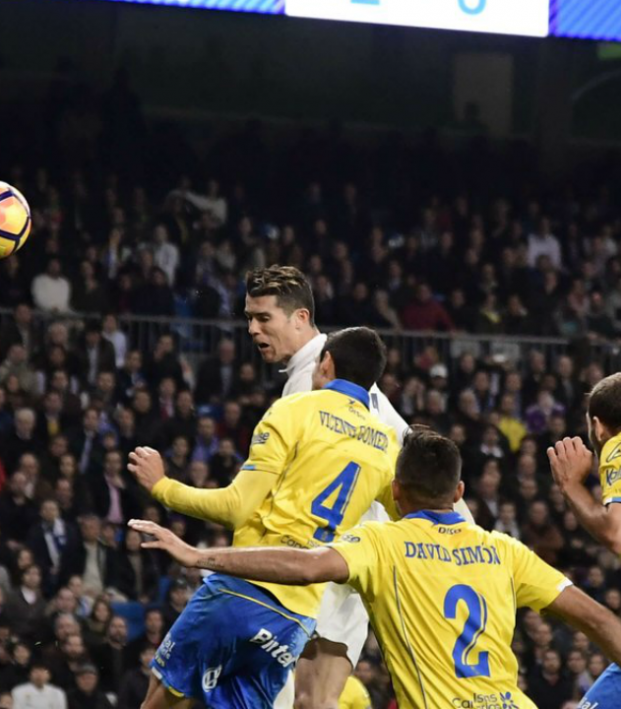 Connor Fleming March 1, 2017
Real Madrid came back from two goals and a man down to salvage a 3-3 draw with Las Palmas.

Real Madrid salvaged a point after having Gareth Bale sent off in the 47th minute and Las Palmas leading 3-1 as late as the 85th minute, and it was all thanks to Cristiano Ronaldo.

Barcelona started the day by crushing Sporting Gijon 6-1, so Real Madrid knew that anything less than a victory would cut into their lead at the top. Real’s draw means that Barcelona are now atop the La Liga table by a point, although Los Blancos still maintain a game in hand.

Hosting a side in the bottom half of the table seemed a straightforward assignment in the run-up to the match, and Isco opened the scoring in the eighth minute after beating the Las Palmas offside trap. It's a close one — you tell me.

GOAAAAAAAAL!@isco_alarcon making his mark quickly but, did he really beat the line? You be the judge. 1-0. https://t.co/9ekO3AcKiC

While everyone was busy debating the decision, the Spaniard known simply as Tana embarrassed Sergio Ramos and rifled a shot beyond Keylor Navas.

GOAAAAAAAAL!
It's @UDLP_Oficial with the equalizer. A real bullet, nothing @keylor navas could have done. 1-1. https://t.co/rUVBc0K9EL

The score was surprisingly level at halftime, and things got immediately worse for Real after the restart. Bale cynically tried to chop Jonathan Viera down after he’d been beaten, earning him a yellow, and then he proceeded to shove Viera to the ground, earning him a red.

Las Palmas scored their second goal from the spot in the 56th minute after some Ramos shenanigans of the highest order. He made a splendid diving save with his hands for no reason, and then acted like he’d been struck in the face.

When @SergioRamos plays goalie and gets caught in the act, then tries to pull an #Oscar worthy acting job. #Vintage https://t.co/R8DTTmO3sv

Veira put the penalty away to give Las Palmas an incredible lead.

Three minutes later, it appeared that the Real Madrid collapse was complete. Some slack defending from Marcelo allowed Kevin-Prince Boateng to collect a long ball, play it around Navas and pass it into the net.

GOAAAAAAL!@KPBofficial makes it 3-1. Everything going wrong for @realmadrid right now. That assist tho. #beINLaLiga https://t.co/qyPgGSIA4N

Alvaro Morata had a perfectly good goal disallowed for offside and a number of other chances went begging. With time running out, Real managed to pull a goal back from the spot after Cristiano Ronaldo created and converted a penalty.

In the 89th, the miracle comeback from two goals and a man down was complete. A corner kick was played short to James Rodriguez and his cross found Ronaldo, who sent a thumping header into the net.

UNBELIEVABLEEEEE!@Cristiano puts another one in with a great header my oh my. It's 3-3 now. #RealMadridLasPalmas https://t.co/7MydQDgAJO

Real remain in the driver’s seat, but there’s no margin for error now. Their next match is away to Eibar on March 4.