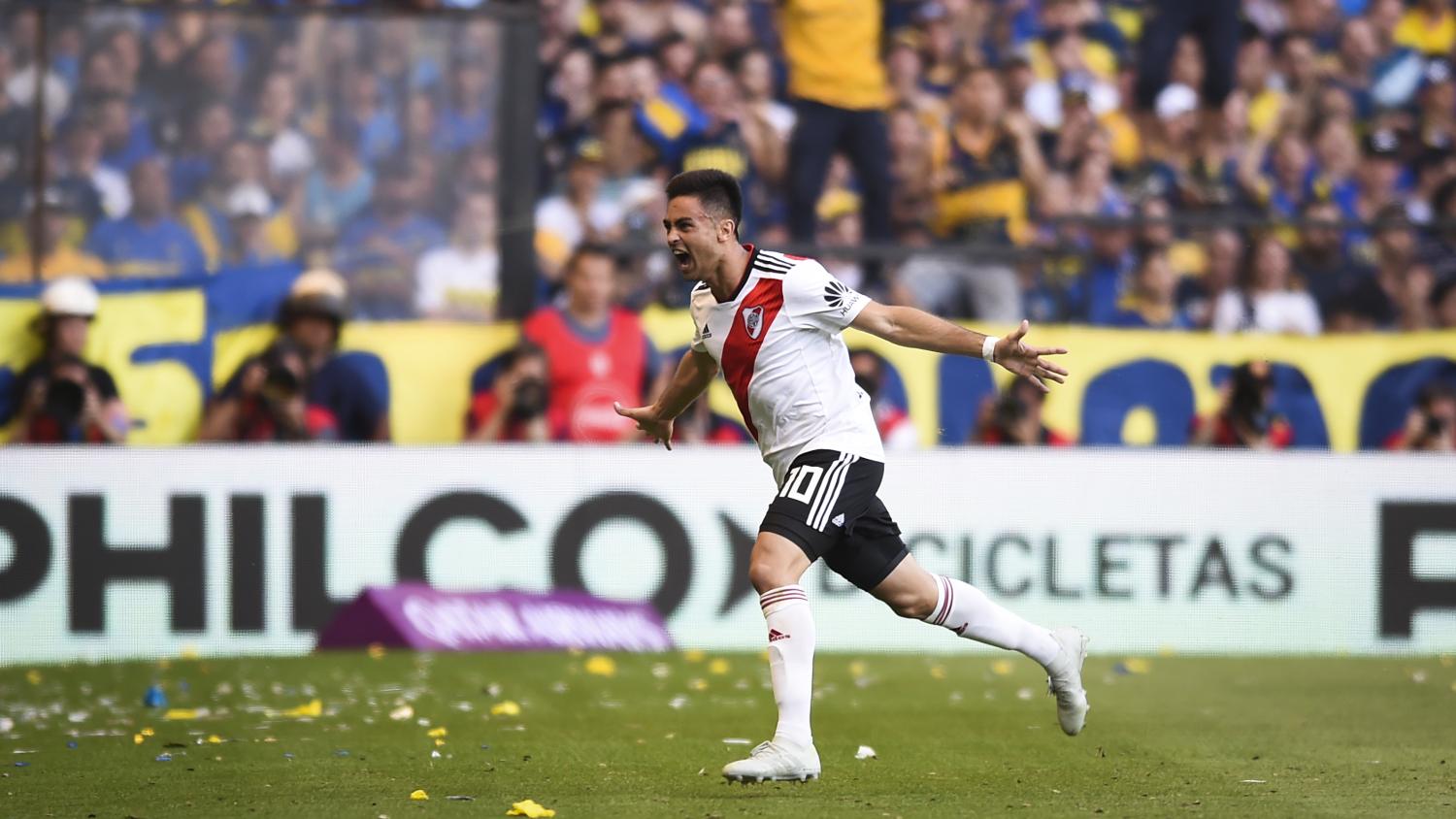 With just two matches remaining in the MLS regular season, Atlanta United is currently leading the Supporters’ Shield race thanks to the goalscoring feats of Josef Martinez and the playmaking ability of Miguel Almirón. Almirón is one of only three Atlanta players to have started all 32 games thus far, and his totals of 12 goals and 11 assists from the attacking midfield position demonstrate how brilliant he’s been this campaign.

However, the 24-year-old Paraguayan’s play has attracted the interest of some of Europe’s biggest clubs, reportedly including Arsenal, Borussia Dortmund and Fiorentina. But after paying Argentine club Lanús $8 million for his services back in 2016, Atlanta United president Darren Eagles stated that a reported offer of nearly $13 million from Arsenal was laughable.

And although Almirón has always been honest about his desire to play in Europe come 2019, Eagles said any transfer offer for the attacker would have to be “at least triple that.” So while the rumors surrounding Almirón won’t subside any time soon, the latest reports from Argentina say that the player’s replacement has already agreed to join Atlanta in December.

Losing Almirón would obviously hurt, but this is the part where all MLS supporters get exceptionally jealous of Atlanta United and the positive ownership of Arthur Blank: Pity Martínez is a monster of a player who has been capped twice by Argentina this year (including a goal on his debut vs. Guatemala) and who’s been inspirational in River Plate’s run to the semifinals of the 2018 Copa Libertadores.

Over the last two Primera Division seasons, he’s scored 13 goals and added eight assists in 49 appearances. This season, he has two goals in six matches.

Whether or not Martínez plays under Tata Martino (a rumored coaching target for both the Argentina and Mexico national team jobs) remains to be seen, but Martinez represents more of the incredible South American talent that Atlanta has ushered into the league.