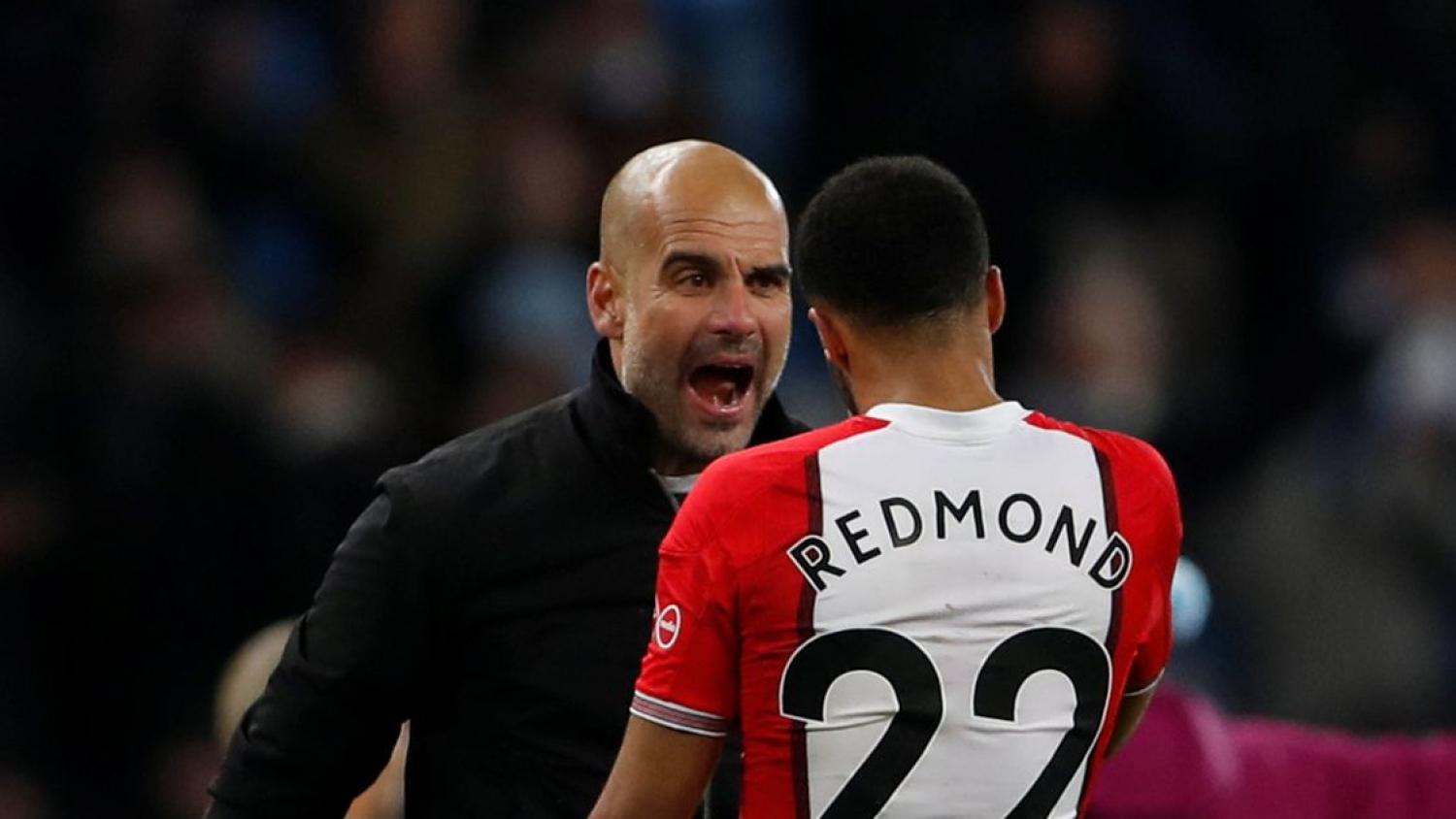 Manchester City manager Pep Guardiola got into a heated exchange with Southampton player Nathan Redmond, but it looked like Guardiola was just coaching him up.
@ScoutedFtbl | Twitter

At the end of Manchester City-Southampton Wednesday (which Raheem Sterling won for City at the death), Guardiola demonstrated just how much he loves coaching by coaching the hell out of Southampton midfielder Nathan Redmond.

Obviously Guardiola isn't just hurling insults here, because Redmond definitely would've got in his face. Instead, Redmond looks like he's absorbing information, thinking hard about what Pep is telling him.

At the press conference after the match, Guardiola said the encounter was centered around how Southampton were defending too much at the expense of playing actual soccer. "You're better than this," basically. We'll never know if that's accurate, but it sure looked like Pep was giving in to his natural instincts and coaching the nearest footballer to him.

UPDATE: The Sun is trash.

Just to clear a few things up for those wondering. Funny old game isn’t it. pic.twitter.com/xUSr99MVeE