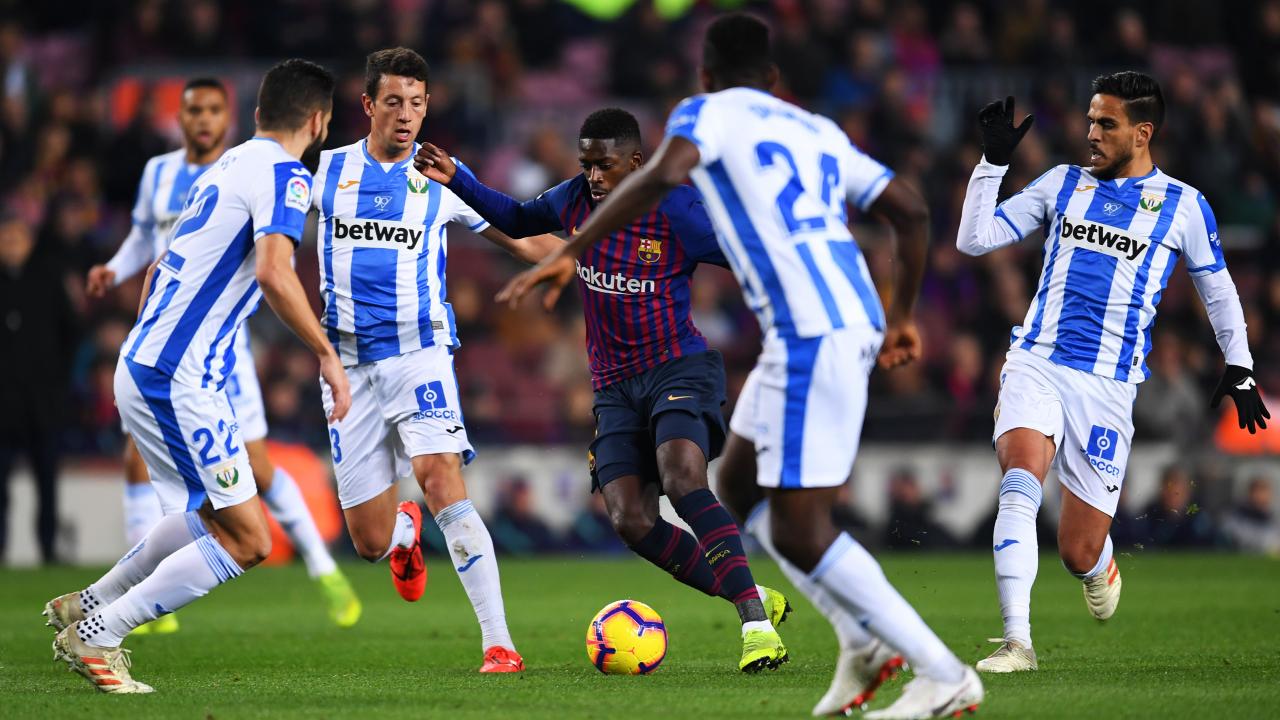 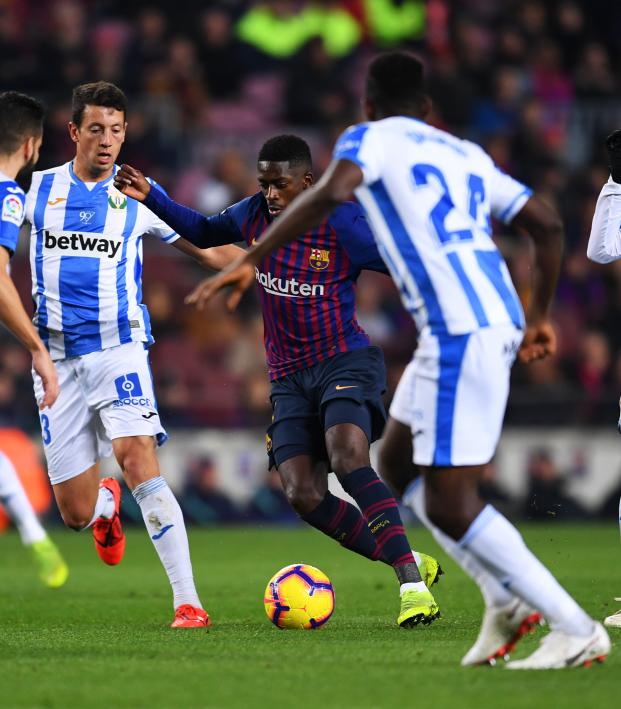 Connor Fleming January 20, 2019
The 21-year-old registered a goal and a string of ridiculous dribbles before being forced off injured.

With Lionel Messi given a rest and role as a substitute for Barcelona’s match against Leganes on Sunday, Ousmane Dembélé moved into the Argentine’s customary position on the right-hand side of Barca’s front three and spent the opening 45 minutes making the Camp Nou forget all about the man they were missing.

Dembélé opening run of the match led Leganes on a merry dance. He nutmegged one defender and then was millimeters away from dicing another.

A few minutes after that, he ended one player’s career before somehow keeping possession when surrounded by five Leganes players.

In the 32nd minute, it was the 21-year-old Frenchman who opened the scoring after playing a large role in the buildup. Special shoutout to Gerard Piqué for carrying it forward from defense.

It was simply a master class from Dembélé in the opening 45.

Ousmane Dembélé's first half by numbers vs. Leganés:

More of the same, please. pic.twitter.com/0AtMIfSmoy

12 - Ousmane Dembélé attempted 12 dribbles in the first half gainst Leganes (eight completed), his best tally in a 90 minute game for @FCBarcelona in all competitions. Exhibition. pic.twitter.com/GbZTDQGlpI

Straight from the second half kick off, the kid was back at it with a ridiculous backheel to present Coutinho with an opportunity to shoot, but the Brazilian's attempt was blocked.

But all of Dembélé’s good work would be undone in the 57th minute when Martin Braithwaite found an equalizer for Leganes with the club’s first shot on target.

That would lead to the introductions of Lionel Messi and Ivan Rakitic in the 64th minute, and two minutes after that double change, Dembélé’s night was over.

He went down awkwardly despite there being an absence of contact, but he appeared to have tweaked his ankle during the fall. He could be seen walking gingerly without assistance on the sideline — so it’s hopefully nothing too serious — but Malcom was brought on for the final 20 minutes.

However, only minutes after that, Messi’s stinging shot from range brought a save from Ivan Cuellar, but Luis Suarez was on hand to knock in the rebound.