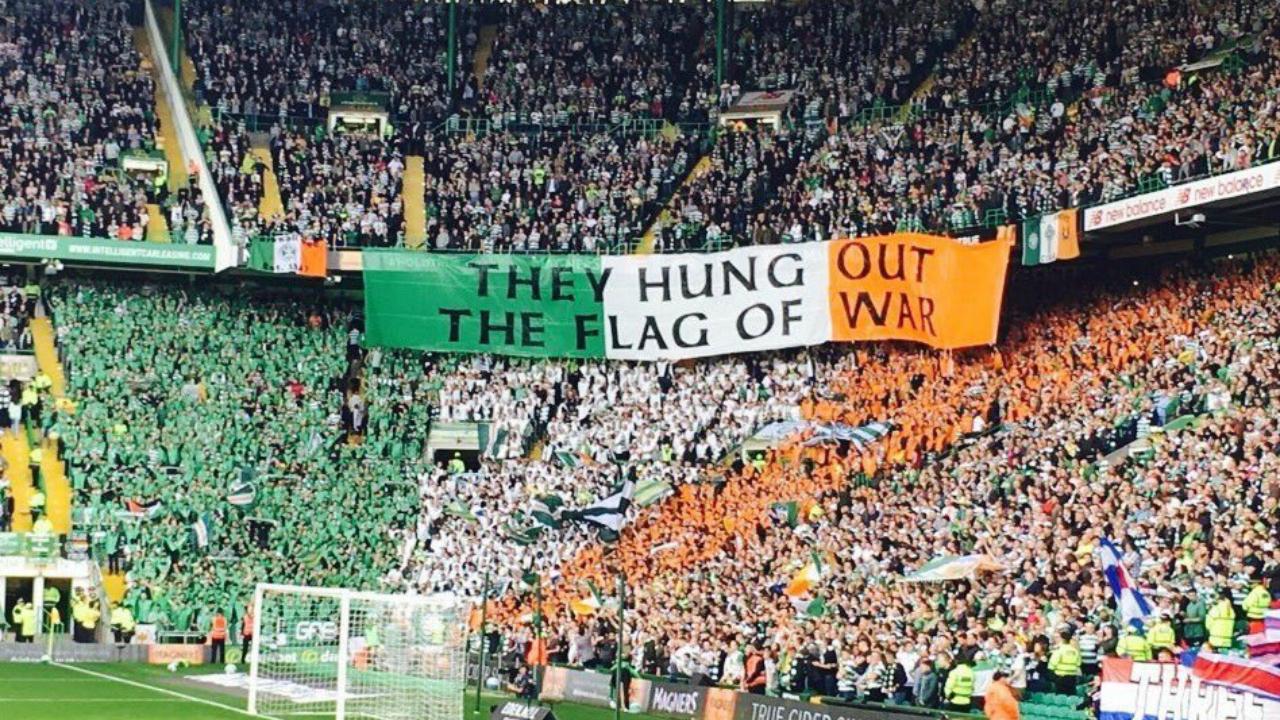 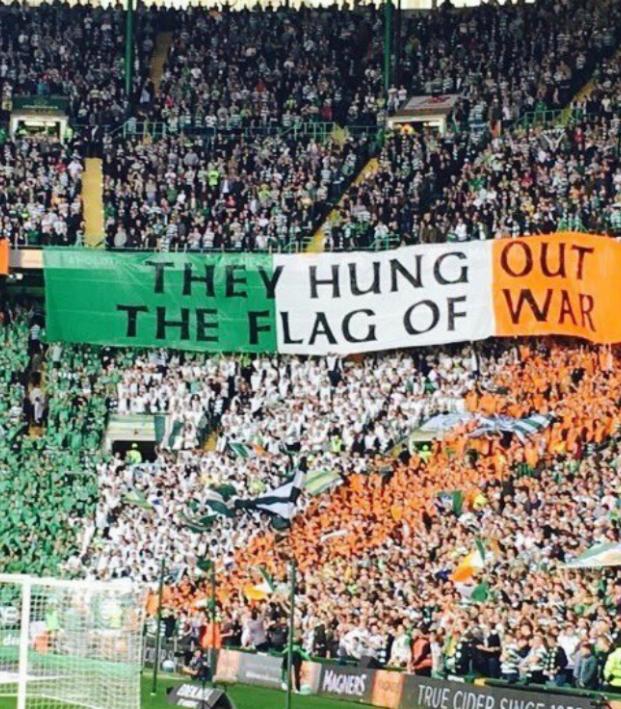 Celtic put on a display on the park on Saturday, winning the first Old Firm match in four years over arch-rival Rangers 5-1.

But it was the Celtic supporters' group, the Green Brigade, that stole the show in the stands.

After making headlines, and money for charities, by displaying the Palestinian flag during the Hoops' Champions League qualifier against Israeli side Hapoel Be'er Sheva, the group, which occupies Celtic Park’s new "safe-standing area," put a more familiar banner, the flag of the Republic of Ireland, front and center.

The tri-color has flown at Celtic Park, both officially and by supporters in the stands, for decades, in recognition of the club's Irish roots. In fact, the flag is permanently displayed over the north stand at Parkhead commemorates the original symbol of the Republic, which was presented to the club by Ireland's first leader Eamon De Valera. The gesture even survived a brief controversy in 1952.

On Saturday, though, the Green Brigade took the symbolism one step further, with members wearing colored shirts to create a giant tri-color in the stands throughout the match.

Just prior to kickoff, they unfurled a banner that read, "They Hung Out the Flag of War," a not-so-subtle reference to Ireland's struggle for independence from Great Britain, Britain's continued presence in the north of Ireland and the fact that Rangers supporters proudly display the "Union Jack" (the U.K. flag).

Oh I was born under a Union Jackpic.twitter.com/6hFdmpIWHf

Rangers supporters reacted angrily to the match, the display, or perhaps both – reportedly trashing the restrooms at Celtic Park:

Toilets in the Rangers end at Celtic Park today.... pic.twitter.com/m9IPwPqjrj

All in a day for this historic rivalry.