Connor Fleming February 17, 2018
Normality was restored at PSG with an emphatic 5-2 victory over Strasbourg in Ligue 1.

Neymar’s performance against Real Madrid — for all the end product it obviously lacked — did little to quell the notion that he's the world’s best dribbler. He managed 13 successful dribbles against Madrid, more than any other player has completed in a Champions League game this season.

And if he can accomplish that against the back-to-back world champions, what he did against 14th-place Strasbourg in Ligue 1 play Saturday should come as no surprise. Without being facetious and cynical about it, you should probably be able to appreciate this joyful play from the Brazilian.

Against Strasbourg, Neymar was able to provide some end product as well. He gave PSG a 2-1 lead in the 21st minute with this sensational finish after a wonderful piece of control. He now has 19 goals in 19 league games.

He then provided a great assist for Edinson Cavani on PSG’s fifth and final goal. It was Cavani’s second of the match, giving him 23 from 24 Ligue 1 games. 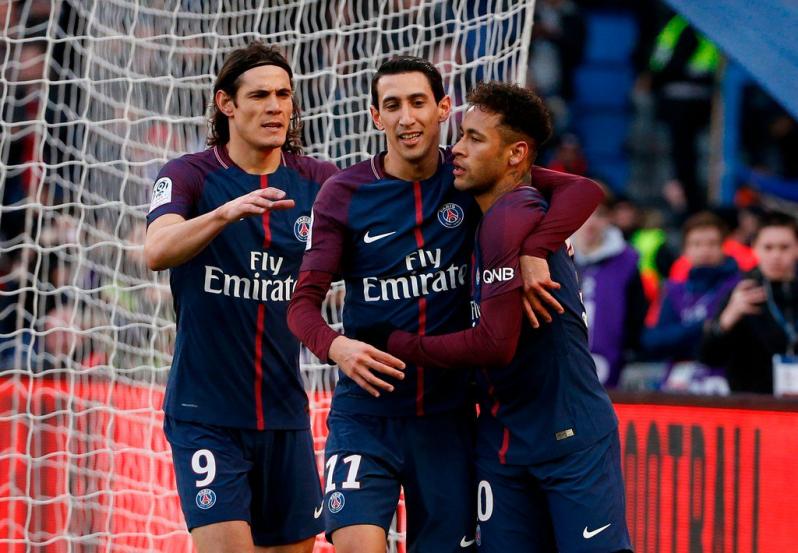 PSG rebounded from their 3-1 defeat to Real on Saturday. Photo: @ESPNStatsInfo | Twitter

PSG now have a 12-point lead on Monaco after 26 matches.